To download, right-click (pc) or ctrl-click (mac) and save the link to your computer.

This live concert webcast is a production of NPR Music's 'All Songs Considered' and the 9:30 Club in Washington, D.C. 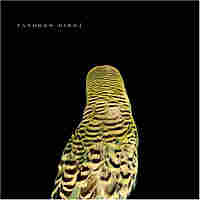 A Nervous Tic Motion of the Heat to the Left 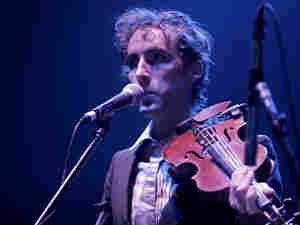 Andrew Bird makes the kind of music that leaves critics groping for labels. A classically trained violinist, former swing jazz musician and now art rock virtuoso, Bird is one of the most imaginative and distinctive voices making music today. This concert from Washington, D.C.'s 9:30 Club originally webcast live on NPR.org May 20, 2007.

Andrew Bird gives incredible live performances. Essentially a one-man band, Bird plays lines on violin or guitar or whistles a theme, records and loops the sounds, and plays new layers over them. His music is an eclectic mix of gypsy ballads, jazz, folk and rock. "Every night," Bird says, "I am rewriting all my songs for the audience."

Originally from Chicago, Bird was born in 1973 and learned violin from a young age using the traditional Suzuki method. He graduated from Northwestern University with a degree in violin performance.

Though violin has been Bird's primary instrument on past records, today he says he doesn't give it much thought. He tells NPR's Neal Conan "I don't think of it as the instrument I grew up with anymore. It's just sort of something I pull sound out of, and I take my classical training completely for granted."

Andrew Bird's first band was Andrew Bird's Bowl of Fire. The group released three critically acclaimed albums between 1997 and 2001. He's since released three solo albums: 2003's Weather Systems, The Mysterious Production of Eggs, in 2005, and this year's Armchair Apochrypha, one of 2007's best albums so far.

Bird is joined for this concert by Martin Dosh on drums and keyboards, and Jeremy Ylvisaker on bass and backup vocals.