Accessibility links
Laurence Olivier: One of a Kind, Twice Over Today marks the centennial of the birth of the 20th century's greatest classical actor. Laurence Olivier was also a 1940s matinee idol who married Scarlett O'Hara. NPR's Bob Mondello offers an appreciation.

Listen
Laurence Olivier: One of a Kind, Twice Over 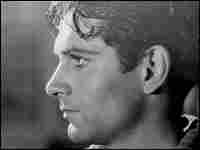 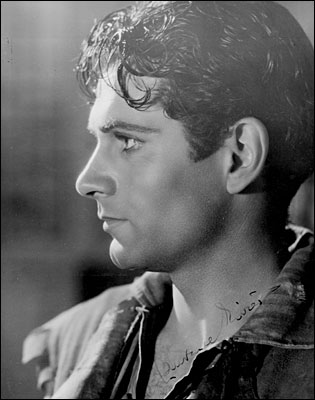 Laurence Olivier in Fire Over England, 1936. 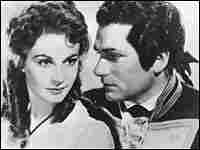 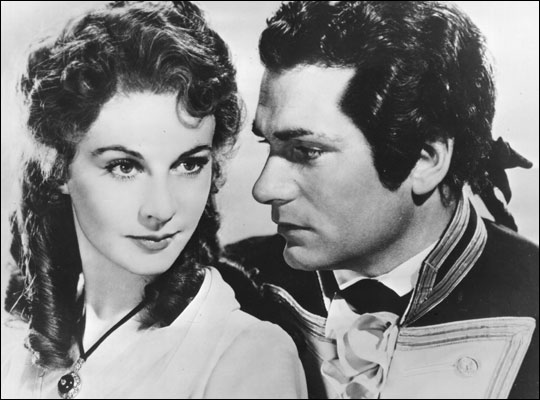 Vivien Leigh and Laurence Olivier in That Hamilton Woman, 1938; he played British naval hero Lord Nelson, she played his mistress. 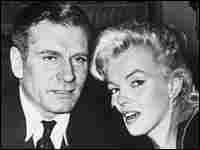 Olivier with Marilyn Monroe, 1956; he directed and co-starred with her in The Prince and the Showgirl. hide caption 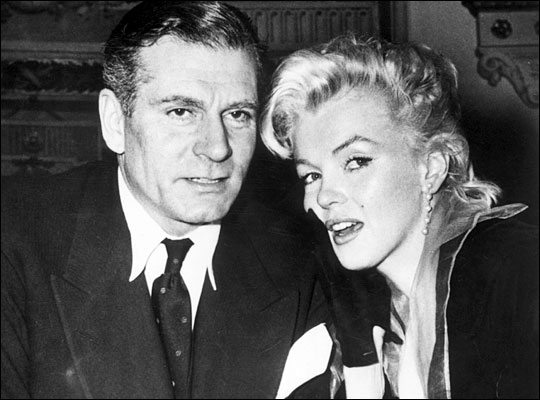 Olivier with Marilyn Monroe, 1956; he directed and co-starred with her in The Prince and the Showgirl.

He was a vigorous Hamlet, an inspiring Henry V, and when Laurence Olivier played Heathcliff in 1939's Wuthering Heights, costar Merle Oberon wasn't the only one who swooned.

Olivier, a major figure in 20th-century theater and film, was born 100 years ago today. On his death in 1989, he was widely regarded as the greatest actor of his generation.

But that wasn't always the case: Acting styles changed radically in his lifetime, and Olivier had to work to change with them.

Olivier once described stage acting as a kind of lying — and said that if you were going to lie to an audience, you had better do it well. He was, by that reckoning, a great classical liar, a matinee idol who modified the flamboyant traditions of 19th-century theater to appeal to 20th-century tastes. In his wartime film of Henry V, he turned battlefield speeches Shakespeare had written centuries earlier into a rousing call-to-arms for a Britain freshly under siege.

For almost a decade, Olivier was among the cinema's most sought-after leading men. A master craftsman, he gloried in disguising himself with accents, putty noses and wigs. But in the 1950s, the ground shifted under him. Marlon Brando's new, more natural style made Olivier and his "craft" seem old-fashioned. He'd been all but written off as a dinosaur when he answered his critics by playing a seedy, vaudeville has-been in The Entertainer--starting with a plummy accent, then letting it disappear as he virtually deconstructed his own art.

Every actor reinvents himself for each new role, but Olivier had reinvented himself as an actor. The change was fundamental, not like when he'd put on a new nose — or like the time he spent weeks in the countryside bellowing at cows, to lower his voice as he prepared to play a tragedy. The Entertainer was a declaration that technique could still matter in film.

Olivier would never become a believer in "the Method," with its emphasis on dredging up emotion from within. But directors discovered they could put him next to a Method actor — Dustin Hoffman, say, in Marathon Man — and let him impersonate a mad Nazi dentist, and he'd make audiences forget all about how he got there.

Those moments can still inspire chills. And Olivier inspired much more — a whole generation of actors who have followed his example, gliding effortlessly from theater to film, lending credence to everything from HBO epics to the Die Hard and Harry Potter franchises.

Not bad for a guy who was once dismissed as "all" technique. Which, of course, he never was.