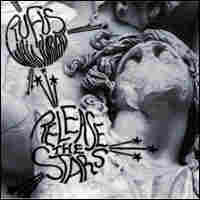 Do I Disappoint You

Not Ready to Love

This live streaming concert is a production of NPR Music's All Songs Considered and NPR station WNYC. 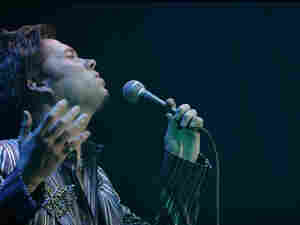 Note: Audio for this performance is no longer available at the label's request.

Hear songs from 'Release the Stars'

Rufus Wainwright makes richly orchestrated, theatrical pop music inspired by the traditions of cabaret, musicals and opera. His latest CD, Release the Stars, is his most impressively ornate album to date, with 12 new songs that are at once grand and intimate. Wainwright performs selections from his new album in a stunning, two-hour performance from New York's Gramercy Theater, originally webcast live on NPR.org Jun. 9. This streaming concert is a production of NPR Music's All Songs Considered and NPR station WNYC.

Rufus Wainwright is from a family of gifted artists. His parents are folk singers Loudon Wainwright III and Kate McGarrigle. His younger sister, Martha Wainwright is a pop-rock singer-songwriter. As children, Rufus and his sister toured with their mother in the group The McGarrigle Sisters and Family.

Rufus Wainwright released his self-titled, debut solo release in 1998. It was a critical favorite and established his place as a notable artist in his own right, regardless of his family. Release the Stars is his fifth studio album.

When he entered a studio in Germany to record his latest CD, Rufus Wainwright says he planned to produce something spare and subdued, moving away from the lush sounds of his previous albums. But once he started, he couldn't silence the symphony in his head.

"Some people go to Berlin to get more cutting edge, I went and started wearing lederhosen and going to visit baroque palaces," Wainwright says. "The Germany I was enthused with was more old fashioned and kind of romantic. I just got there, and the next thing you know, I had this huge gilded album. It was kind of an amazing experience because I didn't intend it to be that way."

For previous albums, Rufus Wainwright has collaborated with producers like Jon Brion (Fiona Apple, Sam Phillips) and Ethan Johns (Ray LaMontagne, Kings of Leon). But Release the Stars is the first record he's produced himself.

"In retrospect I was unwise to think that my lifelong affiliation with operatic curlicues would subside once I was at the helm," Wainwright says. "The record didn't end up being a bare bones affair, but it was important that I had that image in mind. Even though I have some of the biggest moments of my career on this record, there are some of the most intimate moments too."

Rufus Wainwright says Release the Stars is a message for listeners to act on dreams and desires, "to fulfill your destiny... ...to use your good side.

"The album is dedicated to my mother, who during this whole process, had a rather serious operation. That brought home a real sense of urgency about what I want to accomplish. There are feelings around us all the time that we never come into contact with until there is a traumatic experience. I went to rehab before Want One and I had this kind of personal inventory situation where I had to recreate myself, go through all these different levels of reconstruction, and that was large, arduous, intense and dramatic. But once my mom had that operation, the other thing looked like a mole hill. The moment something happens to one you love, it's twenty times more intense. You experience pain and enlightenment on a much vaster scale."

This concert is co-hosted by All Songs Considered's Bob Boilen and Jad Abumrad, host and producer of WYNC's Radio Lab.