Accessibility links
Ella Fitzgerald, 'First Lady Of Song' This show celebrates the music of one of the greatest singers of our time with interviews that include Ella herself; vocalists Betty Carter, Jon Hendricks and Joe Williams; writers Gene Lees and Albert Murray; and pianist Oscar Peterson. 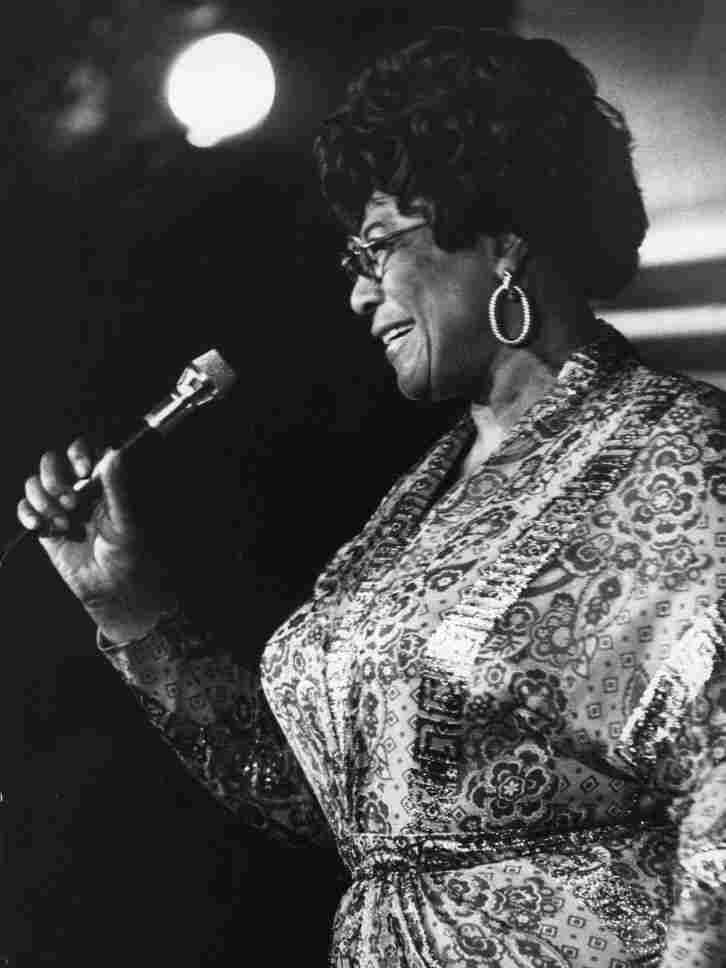 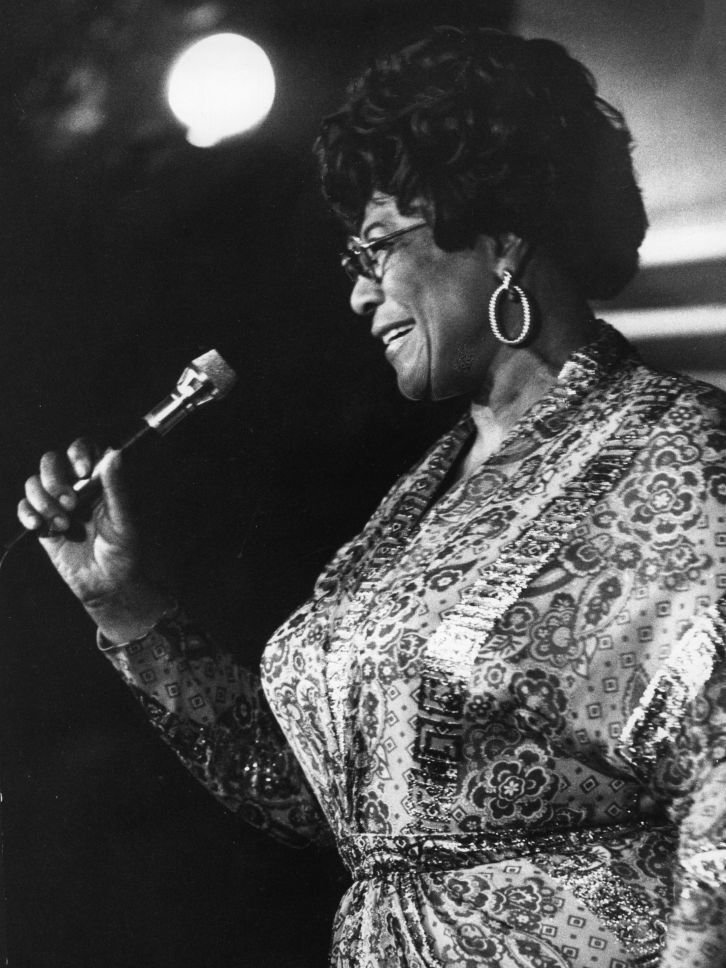 Her voice is instantly recognizable. Her youthful exuberance, pure sound and positive energy just make you feel good. Her incredible technical abilities were self-evident, but when she sang, she radiated a joy consistent with her own character both on and off the bandstand.

Ella Fitzgerald was the undisputed queen of jazz singing and American popular song. She demonstrated extraordinary talent as a young teen, winning an amateur singing contest at the famous Apollo Theater in Harlem. Initially, she was going to dance, but a case of stage fright inspired her to sing, "Object of My Affection." Soon after her Apollo Theater stint, drummer and bandleader Chick Webb asked the shy 16 year-old Ella to join his orchestra. At first, Webb was hesitant to bring her in because she didn't have the standard good looks of a singing diva. Luckily, Ella had a voice that no one could match.

The Chick Webb Orchestra reigned supreme at New York City's Savoy Ballroom, also performing live on the city's numerous radio programs. He featured Ella on half of the selections, but after they hit it big in 1938 with the novelty smash, "A-Tisket, A-Tasket," Ella was never absent from the bandstand.

Ella's rare combination of confidence and innocence reflected the spirit of mid-20th century America. Despite her popularity, she never deviated from her commitment to jazz as an art form. She could improvise right next to saxophonists like Charlie Parker, Coleman Hawkins or Lester Young, then turn around and perform a classic American ballad while infusing it with her natural swing.

One of the most important achievements in Ella's career was her Songbook series, produced by Norman Granz. These recordings confirmed her role as the premiere American female singer. The series included songs by Cole Porter, Irving Berlin, Duke Ellington, and others.

After the Songbook series of the mid-50s, Ella continued to perform throughout the world with top-notch musicians such as Duke Ellington, Oscar Peterson, Louis Armstrong, Count Basie and Joe Pass. And she was a regular participant of Granz's famous Jazz at the Philharmonic.

While Ella kept a grueling touring schedule, performing in front of millions of fans, she managed to keep her personal life private. Instead of painting the town after a long tour, she was known to just go home, read a book, and watch her favorite television soap operas. After a career of over 60 years, she died quietly at home in Beverly Hills at 79. Ella Fitzgerald will always be remembered as "The First Lady of Song."