Accessibility links
The National Play Nation's Capital The National make thoughtful, melancholy rock in the spirit of Joy Division or Leonard Cohen, with singer Matt Berninger's warm baritone voice set against deftly orchestrated instrumentation that's as epic as it is intimate. Hear the group recorded live in concert on NPR.org.

This live concert stream is a production of NPR Music's All Songs Considered and the 9:30 Club in Washington, D.C.. 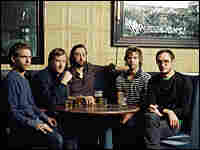 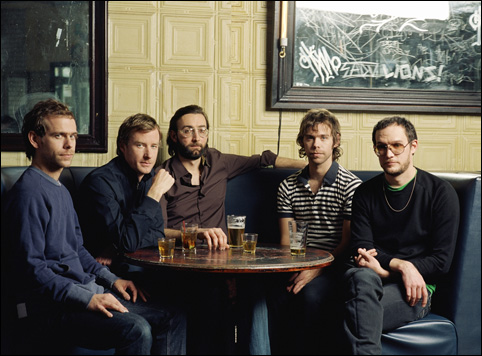 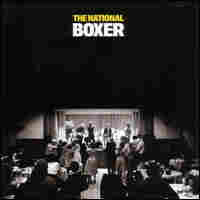 Interview with The National

Daughters of the Soho Riots 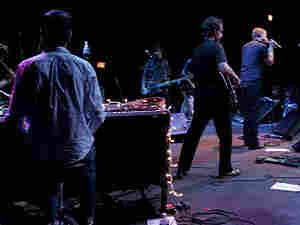 The National make thoughtful, mostly melancholy rock in the spirit of Joy Division or Leonard Cohen, with singer Matt Berninger's warm baritone voice set against deftly orchestrated instrumentation that's as epic as it is intimate. Hear the group recorded live in concert from Washington, D.C.'s 9:30 Club.

The National is currently on tour for its fifth and most radiant album to date, simply titled Boxer. It's a brilliantly crafted meditation on love, war and what the band calls "a euphoric disconnection," a reference to the calm that sets in after resigning to life's many ills.

There is a surreal peacefulness to Boxer despite its dark undercurrent, with snapshots of a world where everyone is an emotionally detached stranger, numb to or unmoved by the squalor filled streets. It's partly Berninger's gentle voice and partly the unexpected layering of horns, strings and woodwinds with guitar, organs and drums.

The National is a five-piece group based out of Brooklyn, with friends originally from Ohio. The band features twin brothers Bryce (guitar) and Aaron Dessner (bass), Matt Berninger on vocals and brothers Bryan (drums) and Scott Devendorf (guitar). They formed the band in 1999 and released their self-titled debut in 2001 on Brassland records.

Members of The National kept their day jobs through the release of Sad Songs for Dirty Lovers in 2003 and the 2004 EP Cherry Tree. But for 2005's Alligator on Beggars Banquet, the group quit their jobs and focused on music full time. The result was their best-reviewed and most popular album, an inspired indie rock record that earned spots on numerous best-of lists by the end of the year.

For their latest CD, Boxer, The National collaborated with a number of other artists, including Sufjan Stevens, Brooklyn singer Marla Hansen and Doveman (Thomas Bartlett).

Album
The Alligator
Artist
The National