Rap icon Master P explains why he has decided to change his formerly angry image and release family friendly music. 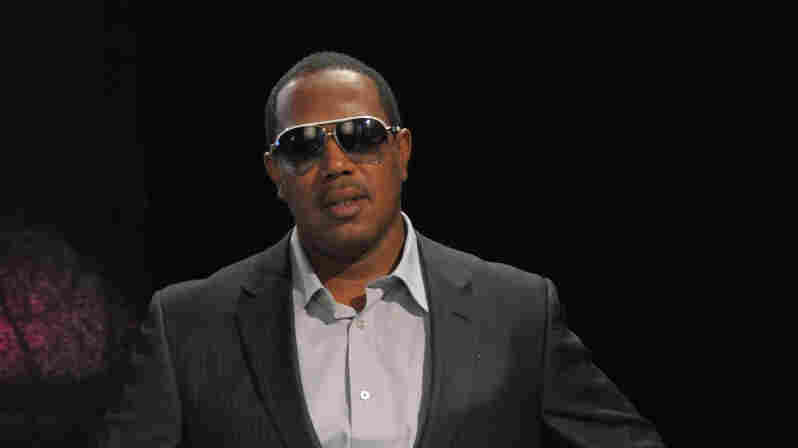 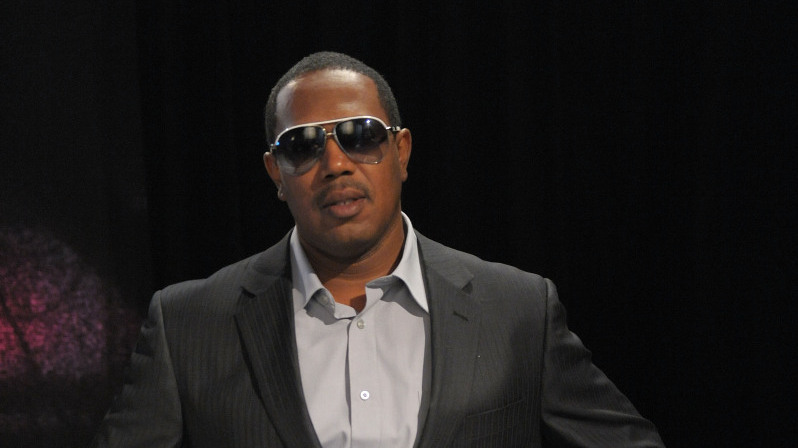 Jelani, I apologize. I'm looking at my clock wrong and we have another guest that I have to get in here. And excuse me for cutting you off that way but Master P is in the studio and we need to get him in to have part of this discussion. So I'll ask you guys to just sit tight. I'm going to get him to come in now and join us best we can. Come on in. Again, my apologies to you guys. I shouldn't - I know I'm not supposed to do that and I didn't handle it correctly -

COX: Master P. Thank you for coming in. I apologize.

COX: You got to make room for the man. For the man.

He's joining us now. This is Michael Datcher and we have Jelani Cobb on the phone. One of the reason that we asked Master P to come is because he has decided to take the hate out of his hip-hop. And last month, Master P and his son, Romeo, announced the launch of their Take a Stand record label. Its mission is to clean up the image and lyrics of hip-hop. Thanks again for coming in.

COX: Why did you change?

MASTER P: Well, you know, I'm thinking life, you've got to look at, we've stereotyped hip-hop - stereotyped our culture, but everybody in my world are trying to grow, they're trying to gain that knowledge and that's where my life is at right now. I have a child and I think anybody that have a child, you make him want to change. I don't care if his black, white, Latino or Asian. When you get to that part in your life where you want to make a change and I think that's where am at.

It's like, you know what, instead of telling the kid to do something negative, you know, which should be an easy thing to do, and I'm saying, you know what, let me give that kid that knowledge. I want to show him that there is something else out there in life. Because any guy that's in jail - a guy that's in poverty, they're saying, you know what? If I get out of this situation, I want to make it better. I don't care who you are. Whether you're a rapper, a gangster or a thug or whatever you call yourself, all those people out there are trying to pave a way to survive for their families.

Because I know some of them - some of the guys that you probably think that, oh this guy is a nightmare but that guy out there doing whatever - whether he's hustling or whatever, and he have a family, he's trying to take care of that family. And so I think most of those people want to change but they're afraid just like the professor said, they're afraid to say, hey, I want to change. I want to make something better but change is good.

And I feel that, me personally, I make so much money off of hip-hop that, you know, I was once the part of the problem. And now, I want to be a part of the solution. I want - if I could save these kids, I think that I did my part and that's the best thing I could say to men up above, spare my life. He took my life to another level. They gave me the vision and I think the most important thing that we have to give to these kids is the knowledge.

And we got to glorify the positive things that had happened. We only glorify the negative stuff in hip-hop, so all those guys want to be like those characters. They want to be like me, 50 Cent or whatever - those guys who are out there. But the main thing, we need to glorify like Will Smith, the number one act in the world come from hip-hop - Queen Latifah. So there's also some great people out there but we don't glorify them.

COX: But let me ask you, did you make this change and - I wish we had more time to spend with you…

COX: …because it's a great deal that you can share with us. But did you make your change because A, you have already made your money and B, because you had a son that you had to set up (unintelligible).

MASTER P: No. I wouldn't say that because by me, getting into the life I come from - I come from the streets - already, I've been making changes. You know, by me getting into the hip-hop world, that was a change right there. If you listen to my music from way back then, it was always about if I could change. I mean, I did "Nickelodeon," that television show. That's show, you all - I was changing right there.

You know, and I've also did "Dancing with the Stars" so that will let you know that I always was searching for change. You know, I started doing movies. I mean, my mind was brought into saying, you know what? I want to build a generation of wealth. And now, I'm saying to myself and I say I have to do something about it. It's like, you see that ex-gang banger that come back. This guy in the community is trying to save the kids. And you see somebody that's been to prison, they are out there really trying to save other people so they want go through the same thing that they went through.

So my thing is right now, I think it's a lack of knowledge out there. So what am I to do now at this next level of the game, I got a book coming out called "Guarantee Success: When You Never Give Up," which I might put that out September 4. I'm also going to put out a CD and DVD that's about - it's called "Hip-Hop History" but the thing about this is it's going to be no cuss words. I want to show kids out there that you could do something positive and make it. And I think that's the most important thing that we have to get out there. If you don't show something positive, people are afraid, you know…

COX: But you said something very important. We've got less than a minute. And so, I want your answer to be really brief. Can you make it without having the gangster rap lyrics? Can you make the money? Can you get the record hit?

MASTER P: Well, I got a song right now called "Let's the Kids Grow Now." I want to play for you guys and this is about making that change and it's still street. But it's positive. And I think that's the most important thing that we got to realize. You got to clean up your music anyway to get it on the radio. So these guys have been making changes all their life. They're not selling out. You know, you make more money getting it in Wal-Mart, Target and all these other big chains. You also would get more sponsorship. You'll get endorsement deals. Something that hip-hop and all these - having been getting and my whole goal is to take this to Wall Street to teach kids how to raised money now. If you come from the ghettos and showcase how to build equity funds, I mean, I think is a great thing.

COX: Unfortunately, our time is up. I really appreciate you coming by, Master P, also Michael Datcher, William Jelani Cobb down in Atlanta. We need to do this again and get more into it. You coming back?

Prof. DATCHER: I will.

Prof. COBB: Yes, you're right. I think you need to have us back so we can complete the conversation.

COX: I would love to do that. I'll try to get you all back. Thank you once again. This is NEWS & NOTES.