Accessibility links
From the Sidelines to the Spotlight After stints as a member of The Dambuilders and Those Bastard Souls, Joan Wasser is finally attracting attention with her own spellbinding voice front and center.

From the Sidelines to the Spotlight

From the Sidelines to the Spotlight 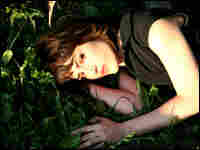 Joan Wasser finally makes her voice heard as a bandleader after years as a supporting player. hide caption

It's hard to believe that Joan Wasser, the singer-songwriter behind Joan as Police Woman, is only now attracting widespread attention. She could easily be considered an industry veteran: She's performed with the Boston University Symphony Orchestra and collaborated with the likes of John Zorn, Rufus Wainwright, Lou Reed and the late Jeff Buckley.

Yet after stints as a key member of The Dambuilders and Those Bastard Souls, Wasser finally seizes the spotlight with her solo debut Real Life. While the record displays the classically trained violinist's talents as a pianist and guitarist, it's her spellbinding voice that commands the most attention. Like many of the disc's songs, the title track incorporates elements of soul, sultry piano ballads and orchestral indie-rock.

Accompanied only by piano, Wasser's voice sounds warm and inviting — though starkly honest — as she sings to a distant love on "Real Life." The song's simple progressions and themes unwrap themselves slowly, revealing layers of nuance, and the addition of delicately plucked violin strings in the final moments adds a hint of hope. It's those fragile and earnest touches that allow "Real Life" to endure long after it's over.