Accessibility links
Femi Kuti in Concert A veritable superstar in his native Nigeria, Femi Kuti is the standard bearer for Afro-beat, the blend of American jazz and funk with African percussion and vocals pioneered by his father, Fela Kuti in the 1970s. Hear Femi Kuti recorded live in concert from Washington, D.C. 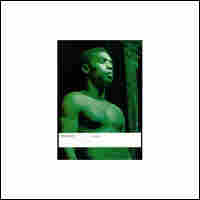 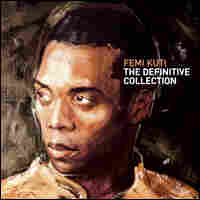 This live concert webcast is a production of NPR Music's All Songs Considered and the 9:30 Club. 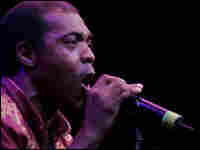 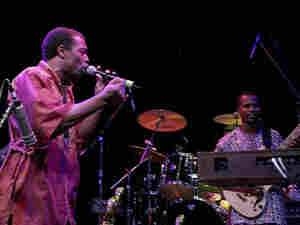 A veritable superstar in his native Nigeria, Femi Kuti is the standard bearer for Afro-beat, the blend of American jazz and funk with African percussion and vocals pioneered by his father, Fela Kuti in the 1970s.

Born in London in 1962 and raised in Lagos, Femi Kuti started his music career as a teenager, playing in and later leading his father's band, Egypt 80. In 1986, Femi formed his own group, Positive Force, following his father's Afrobeat traditions while modernizing the sound with hip-hop, soul and modern dance techniques. Femi's music is also more accessible. Fela's songs often stretched for 30 minutes with long brass and percussion jams. But Femi's is tighter.

"I wanted to do something very compact so that it wouldn't bore the new listener," Femi says. "Because imagine somebody who is not an Afro-beat lover. You have to catch their attention immediately. My father's songs were more for fanatics and for people who heard him over the years and heard his transformation, and those people are ready to listen to forty-five minutes or even an hour. But somebody who is going to listen to Afro-beat for the first time, what's going to catch his attention? Why would he want to go through an hour of listening to numbers, because he's already used to R&B, he's used to be-bop, he's used to hip hop, he's used to rock, he's not going to want to sit down anywhere for one hour listening to one track."

Like his father, Femi Kuti's music is also controversial. Femi's songs are politically charged with commentaries on African suffering from poverty, corruption and international neglect. But Femi is less antagonistic than his father and more conservative in his lifestyle choices.

Fela Kuti, who died in 1997 from AIDS, was a famous polygamist (he once married 27 of his dancers during a concert) who refused to wear condoms, advocated marijuana use and often performed only in his underwear, all of which gave the government plenty of opportunities to arrest him, repeatedly.

Femi says he saw his father's behavior as counterproductive to the impact Fela's music was having on African culture and politics. So Femi decided early on to live a more palatable life. He has one wife, doesn't drink or smoke, and is a public advocate for safe sex. But Femi maintains his father's anti-establishment sensibilities. In addition to his music, he's the founder of MASS, the Movement Against Second Slavery, to air the effects of government corruption and American and European business interests on post-colonial Africa.

Femi tells NPR's Derek Rath he wants to follow in the footsteps of not only his father, but also other musicians who helped bring about change in the face of injustice. "You can't run away from the truth. You have to confront it. And that's the way I see it. And Bob Marley did it; Fela did it; many people; Miles did it; Coltrane did it in his way. Coltrane and Miles didn't even have to talk. They just played and people were conscious. So what I'm saying, interviews and things, maybe the stage of which we are at in life today, it's not about talking, really; it's action." 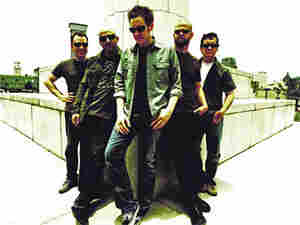