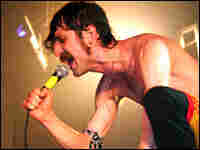 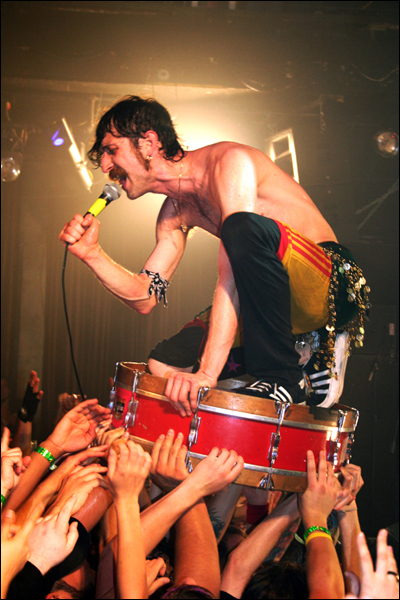 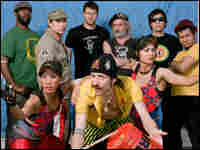 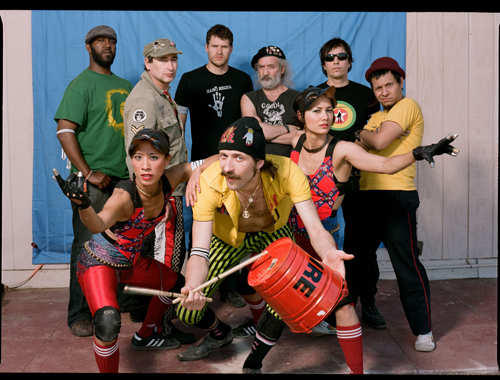 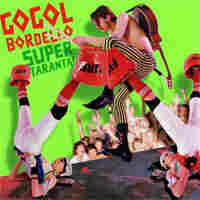 I think it's the best rock album of the decade. Period

Language Advisory: This unedited concert recording contains language that is not suitable for all audiences. 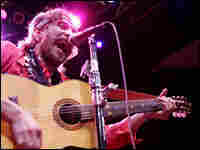 Super Theory of Super Everything 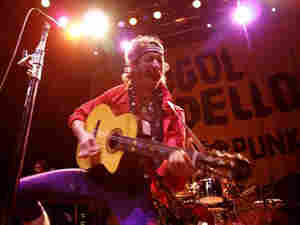 Gogol Bordello has been making supercharged music since first forming in 1999, six years after frontman Hütz immigrated to the U.S. Their philosophy was to "make the contradictions of life sound harmonious," with a head-spinning mix of ska, punk, metal, rap, flamenco, roots reggae, dub and any other sounds they could think of.

With their latest CD, Super Taranta, "Gogol Bordello is going to conquer the world," says Hütz. "Everything on the album is taken to the next level. It's more direct, more abstract, more focused, with more dark humor. The dub parts are deeper; the fast parts are faster, its pure orgasmo hysteria."

The album is Gogol Bordello's unique interpretation of Tarantella, a ritual music from Italy. "I saw a painting in Tuscany of a woman in convulsions and guy playing a violin. He's leaning over her, playing music to cure her hysteria, put her into a trance and exorcize her demons. It was sexual, mystical and cultural, almost obscene - all the qualities of Gogol Bordello. It was another musical way of transforming negative energy into positive. Our musical awareness isn't based on flirtatious moments of musical fusion; we're constantly adding new stuff that compliments our root — the gypsy music from the Carpathian Mountains of Ukraine."

Eugene Hütz came to the United States after escaping the Chernobyl nuclear disaster of 1986. Hütz and his family spent seven years trekking through Eastern European refugee camps before settling in the U.S.

"It's an interesting story," says Hütz. "But maybe not so interesting when it was happening. I was listening to BBC radio when the DJ said: 'for the citizens of Ukraine: There was just a disaster in Chernobyl and it's not likely your government will tell you about it.' I was 13 or 14 and into punk rock and didn't want to leave [Kiev,] but the evacuation turned into another discovery. We visited the village my family came from. My relatives introduced me to the essential foods and music of our gypsy culture. My parents hid [their gypsy roots] in the city; in the countryside I was face to face with it. My biggest musical influence was coming face to face with that ancient culture."

"Our gypsy fiddler, Sergey Rjabtzev, was a theater director in Moscow for 10 years," says Hütz. "Yuri Lemeshev, our 53-year-old accordion player, is from Sakhalin in Russia. Guitarist Oren Kaplin is from Israel. The drummer is American Eliot Ferguson, the only sane person in the band."