Accessibility links
Louis Armstrong: 'The Man and His Music,' Part 1 He is the most important jazz musician of all time, and even that's an understatement. Louis Armstrong defined American popular culture in the 20th century as a musician, an actor and an entertainer. As a singer and trumpeter, he taught the world to swing. 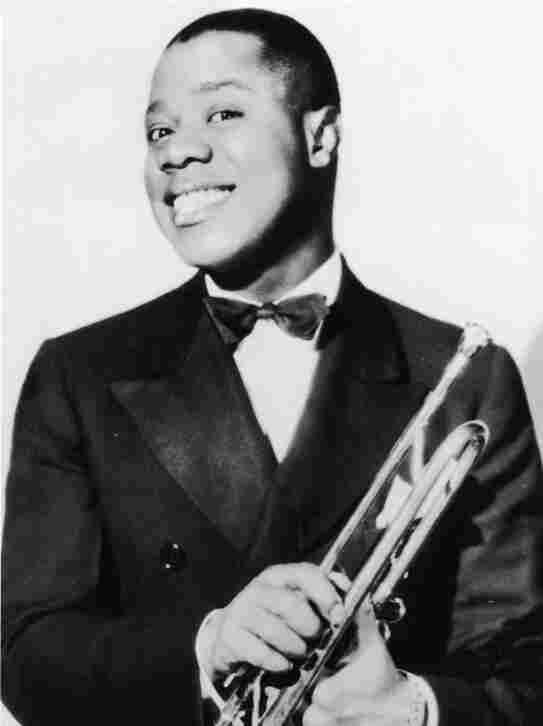 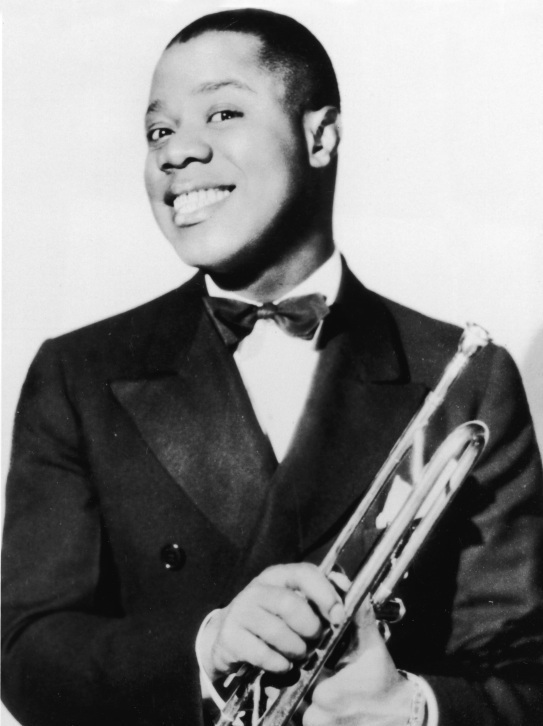 It is hard to overstate the incredible reach of Louis Armstrong. The music he made touched everyone who heard it, and revolutionized American entertainment in ways we can still hear today.

He did it with the force of his talent: as a singer, trumpeter, composer, author, actor and bandleader. His virtuosity remains unparalleled, his innovative importance unmatched. And he transcended racial barriers to become an American ambassador to the world.

It was against all odds that Armstrong rose to such international stardom. Born August 4, 1901, Armstrong grew up in the slums of New Orleans. As the descendant of ex-slaves, he and his family occupied the lowest rung of a clearly delineated socioeconomic caste system. Despite the poverty, he always said that he had the most wonderful childhood anybody could imagine.

The rich musical traditions ubiquitous in New Orleans provided Armstrong with the education he sought. The unique colonial heritage and geographical positioning of the Big Easy fostered many indigenous musical practices, including jazz. The city's many parades, nightclubs, funerals and house parties all provided opportunities to see brass bands and other local ensembles perform.

Armstrong himself soon began performing: While still a young boy, he sang the popular repertoire of the day as the tenor in a vocal quartet. Later, he purchased a pawn-shop cornet and developed his skills on the horn while assigned to a reform school.

His most important musical influence, however, was trumpeter Joe "King" Oliver, the closest thing Armstrong ever had to a father figure. Oliver gave the young Armstrong pointers on the instrument, as well as his position in Kid Ory's ensemble — the best band in town — when Oliver left the Crescent City for Chicago after WWI. Armstrong also played with the Fate Marable Band, which performed on a riverboat that ran up and down the Mississippi River. The group brought jazz northward, and introduced Armstrong to written music.

By 1922, an invitation from King Oliver to join his ensemble led Armstrong to move north to Chicago. Armstrong fit in naturally as the second cornet behind Oliver: They worked out a system of "breaks," wherein the band would briefly drop out so that the two cornets could take flight. The quality of the ensemble's performances drew audiences far and wide.

It was in this band that Armstrong met pianist Lil Hardin, whom he would later marry. Hardin encouraged Armstrong, already the stronger of the two cornet players, to seek a position where he could be featured as the lead voice. Though it pained him to leave his mentor King Oliver, in 1924 Armstrong accepted a position with the up-and-coming Fletcher Henderson Big Band in New York City.

Henderson's group was already one of the premier jazz outfits of the day, featuring rising talents such as tenor saxophonist Coleman Hawkins and arranger Don Redman, and Armstrong's stint with the band would transform its rhythmic intensity and inventiveness. When he wasn't playing with Henderson, he was often recording as a studio musician, providing background for some of the best female blues singers of the 1920s, including Ma Rainey and Bessie Smith.

Though Armstrong was a star soloist, his wife was demanding his return to Chicago. So, hardly a year after he arrived in New York, Armstrong packed his bags again. Back in the Windy City, he played in her band and doubled with Erskine Tate's orchestra, which played at a movie house called the Vendome Theatre.

It was during his second tenure in Chicago that Armstrong made some of the most important recordings in jazz history. Armstrong assembled a quintet of first-rate musicians — many originally from New Orleans — to make a series of records known as the Louis Armstrong Hot Fives.

Leading the Hot Five sessions enabled Armstrong to decide his own musical destiny: He's featured singing, talking and emerging as an entertainer. At the same time, Armstrong revolutionized the possibilities of the instrumental jazz solo. With his virtuosic range, harmonic complexity and swinging drive on trumpet, he firmly established himself as the top innovator of the music.

Still, Armstrong would not rest on his laurels. After the final Hot Five sessions, he moved back to New York. There, he came into his own as a singer, making his Broadway debut during the summer of 1929 in Hot Chocolates, scored by pianist Fats Waller.

In 1930, Armstrong set out on the road again — something he would do for the rest of his life. He met Bing Crosby in California and soon became a screen actor. And, in the summer of 1933, he left for his second tour of Europe, which placed him squarely in the international limelight.

The Louis Armstrong House and Archives