Accessibility links
Louis Armstrong: 'The Trumpeter' Jazz expression remains forever steeped in the innovations of Armstrong's trumpet solos. The scope and magnitude of his virtuosity was nothing short of world-altering. Each time he held his horn up to his lips, he made melodies ring out in a joyful, brilliant tone. 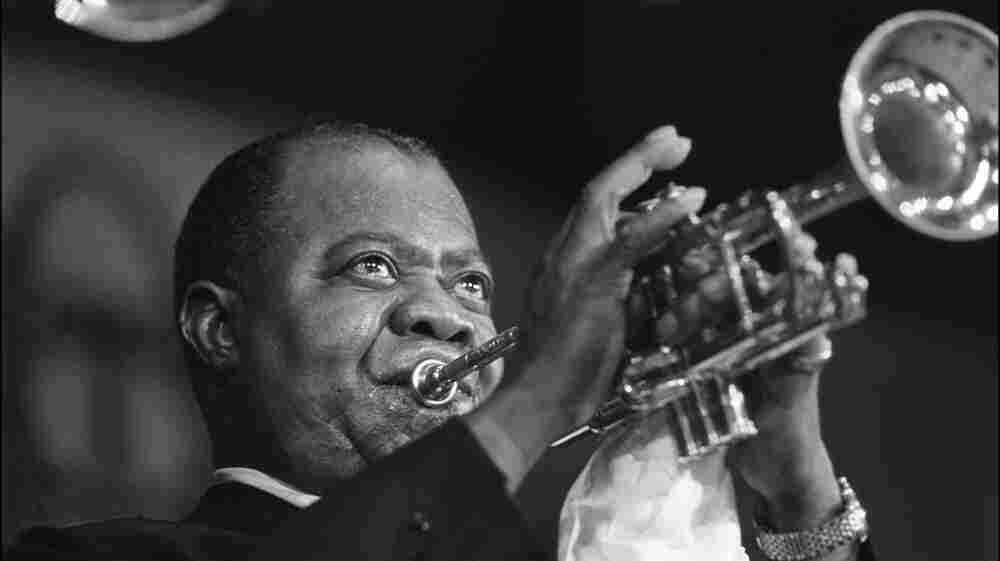 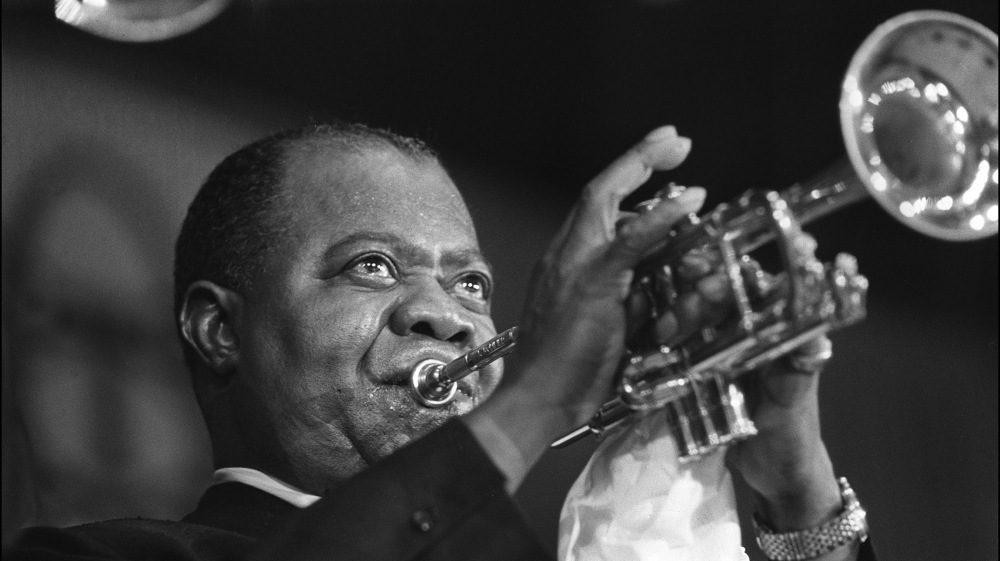 Before Louis Armstrong ever sang a duet with Ella Fitzgerald or Bing Crosby, before "Hello Dolly" or "It's A Wonderful World," there was just a lanky young man with a bright, beautiful horn. That young man transformed the trumpet into a solo instrument capable of astonishing range and lyrical beauty.

Armstrong vastly redefined the context in which the trumpet was played. His sense of rhythm and timing took jazz from a staid, 2/4 beat to a languid, more sophisticated 4/4 feel, paving the way for swing and for soloists to take center stage.

But while Armstrong was an innovator of epic proportions, he never forgot who or what came before he arrived on the scene. He masterfully blended this respect for the past with an ability to reinterpret it for the future, allowing him to take the music where others had tried and failed.

When the cats say, 'well, when you going to retire?' I say 'well, why should I retire?' Sit up and look at the four walls, you know? Lots of people retire to die; so long as the horn ain't hurtin' me, and we're getting along ...

Early in his career, Armstrong was taking what was called "Creole jazz" or dance music, which was formally scripted, and combining it with trumpeter Buddy Bolden's rougher, more improvisation-based street music, to create what would eventually become jazz.

Armstrong accomplished this with almost no formal training. What little training he did have began when he was placed in the New Orleans Colored Waif's Home at the age of 12, after a run-in with the police. The punishment turned out to be a mixed blessing, for while he was incarcerated, he also had the opportunity to wear a uniform, play in a real band and take lessons on the trumpet.

While at the Waif's Home, Armstrong also got the chance to hear some of the Crescent City's finest musicians. Cornetist Freddie Keppard performed in a nearby club. So did trumpeter and bandleader King Joe Oliver, who took the boy under his wing and taught him how to read music and work on his playing technique.

When Oliver left for Chicago, Armstrong considered following, but chose to stay in New Orleans and work with some of the other top musicians of the day, such as trombonist Kid Ory and the Dodds brothers. Armstrong also played in one of the most popular marching bands of the day, learning more about discipline and how to interact with an audience, and fine-tuned his ability to both read and write music.

In Chicago, King Oliver was keeping tabs on Armstrong's progress, and in 1922 offered him a place in his band. It became Armstrong's biggest challenge yet — the band had no parts written specifically for trumpet, so he was forced to listen closely to King Oliver and improvise.

Soon, Armstrong's undeniable talent was getting notice. Even classically trained musicians from Chicago would come to hear the incredible sounds this young man from New Orleans created on his horn. Despite all the attention, Armstrong remained number two in Oliver's band.

Lil Hardin, the band's piano player and the future Mrs. Armstrong, explains that Oliver kept Armstrong in the second trumpet-chair so that Oliver would still be "King." Hardin, who greatly influenced Armstrong's technique and style, convinced him to leave the band.

After playing for a time in a silent-film orchestra, Armstrong moved to New York City in 1924 to join Fletcher Henderson's band. Tired of the restraints of following King Oliver, Armstrong was ready to fly solo. In 1925, Armstrong put together the Hot Five, expanding his popularity even more. Armstrong recorded his first composition, "Cornet Chop Suey," with this group. His style on the cornet, showcased by his brilliant and innovative cadenza on "West End Blues," produced one of the most copied jazz solos of all time. This monumental 1928 recording blends artistry, endurance and showmanship that has rarely, if ever, been matched in jazz.

Perhaps the most powerful element of Armstrong's legacy lies in the confidence, spirit and conviction with which he played. Both Miles Davis and Dizzy Gillespie warmly acknowledged this contribution, and Duke Ellington made sure to include a portrait of Armstrong in his "New Orleans Suite."

While he didn't follow new musical trends, Armstrong never stopped challenging himself, always striving to maintain his own high standards. He never developed a love for bebop, which quickly replaced swing as the sound of modern jazz. Armstrong's disdain for bebop even sparked rumors of rivalry between him and Dizzy Gillespie — which both men, in action and words, routinely dismissed.

Armstrong often spoke of how friends urged him to retire, but he would just as soon play. The horn did contribute to his ailing health, so he made a compromise by breaking up his playing with extended periods of singing, which was less taxing physically.