Accessibility links
Mel Tormé: The 'Velvet' Voice of Jazz Known in his heyday as "The Velvet Fog," Tormé was a consummate entertainer: a drummer, singer, composer, arranger, lyricist, writer and actor. Of course, underneath it all was his intuition for all things jazz — and a voice to match. 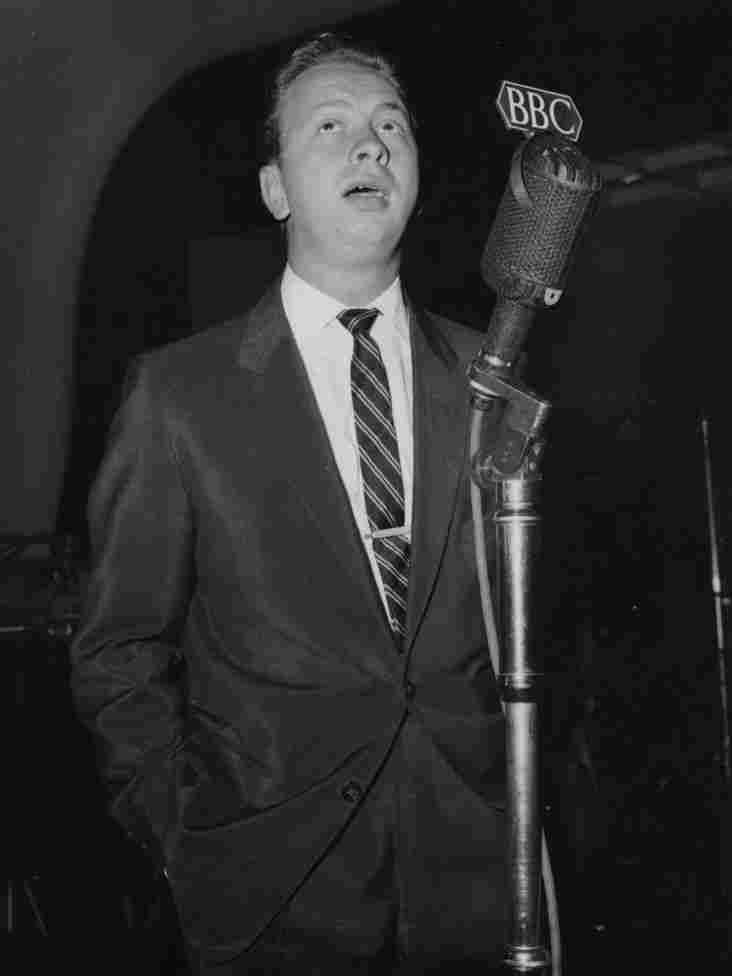 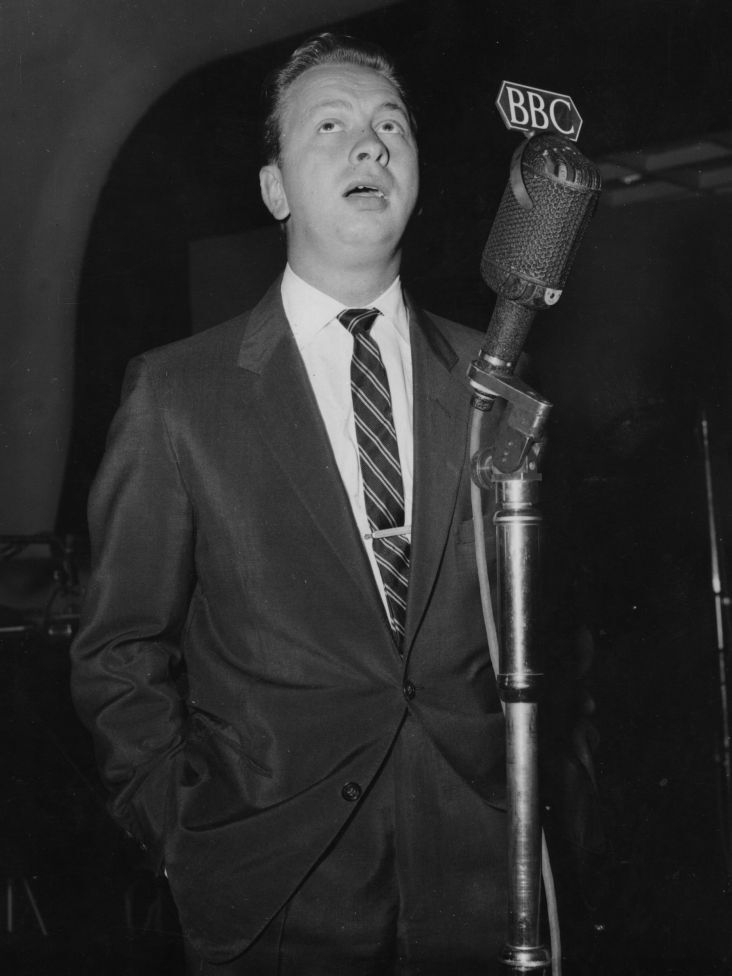 Mel Torme in the BBC recording studio of the Paris Cinema, Piccadilly, London.

Blessed with impeccable timing and a smooth, mellow timbre, Mel Tormé was known during his heyday as "The Velvet Fog." Tormé was the consummate entertainer: as a drummer, singer, composer, arranger, lyricist, writer and actor, his career spanned nearly the entire 20th century of American pop culture. Of course, underlying it all was an intuition for jazz composition and vocal phrasing.

The son of Russian immigrants, Melvin Howard Tormé was born in Chicago, Ill., on Sept. 13, 1925, and grew up on the city's south side. In 1929, at the age of 4, he began his singing career with the Coon-Sanders Nighthawks orchestra, which led to a role on the popular radio program Jack Armstrong, the All-American Boy.

In high school, Tormé's attention had turned to jazz, particularly the music of Duke Ellington, Benny Goodman and Artie Shaw. He played drums and piano and also began to explore his lyrical skills. One of the tunes he penned at this time, "Lament to Love," was recorded by trumpet-playing bandleader Harry James.

Some jazz singers deliberately get ahead or behind the beat. Mel was right in the middle of it, man. He was helping the band to swing.

Tormé's first real break came when Chico Marx, of the Marx Brothers, hired him to play drums in his backing band. After he moved with his family to Los Angeles, he joined a young vocal ensemble called The Schoolkids. They soon changed their name to The Mel-Tones, and Tormé became the group's lead singer and arranger.

The Mel-Tones became a success, and Tormé quickly found himself recording with his boyhood idols Bing Crosby and Artie Shaw. It was during this period that Tormé met and began to write with Robert Wells.

Of more than 300 compositions written by Tormé, nearly half share writing credits with Wells, including "Born to Be Blue" and "Willow Road." In 1946, the duo took just half an hour to write "The Christmas Song," which was made a classic by the great Nat King Cole.

In the 1940s Tormé's manager, Carlos Gastel, encouraged him to sing in a light, wispy style. The approach earned him the adoration of thousands of young women, along with an unforgettable nickname: "The Velvet Fog."

In 1947, Tormé left the Mel-Tones to concentrate on a solo career. He would bring his talent to the prestigious Capitol Records, where, over several years, he generated a number of hit records. He performed at the nation's premier nightclubs and appeared in films, including Higher and Higher with Frank Sinatra, and Words and Music with Mickey Rooney leading an all-star cast. The latter produced Tormé's hit tune "Blue Moon."

In 1949, he was tapped to record Capitol's first 12" LP record, California Suite. Featuring a full orchestra, a vocal group and 11 original songs, the album earned rave reviews and proved a financial success for both label and artist. But California Suite was an exception: in the early 1950s, Tormé was mostly making commercial pop records, which grated on his jazz sensibility. At the peak of his popularity, Tormé wanted a change.

While signed to Bethlehem, Tormé began experimenting with scatting and chromatic vamping approaches, as exemplified in "Lulu's Back in Town." This rich-but-brief era ended in 1957 when the popularity of rock n roll forced Bethlehem to close its doors.

The late 1950s and early 1960s found Tormé wandering from label to label, and in 1961, he experienced what was for him an artistic nightmare. He signed to Atlantic Records, where he was encouraged to try his hand at rock n roll, which he detested.

The Atlantic sessions were disastrous, but Tormé quickly adapted, moving on to become musical director for the Judy Garland Television Show. He wrote for magazines, penned books on Garland and Buddy Rich, and went back to acting, eventually earning an Emmy nomination for his work in The Comedian.

The 1970s saw Tormé experience a revival of his singing career. His voice had gained a deeper, fuller range, and he worked on an extended Gershwin medley for his live performances which earned him a Grammy nomination for arranging.

In 1977, the pairing of Tormé with pianist George Shearing at Carnegie Hall proved fortuitous: The two would work together for the next 20 years, producing 15 albums for Concord and winning two Grammy Awards along the way.

When Tormé died in June 1999, he had clearly established himself not only as one of the greatest jazz singers of all time, but also as a great all-around entertainer.

Album
The Best of the Concord Years
Artist
Mel Tormé