Accessibility links
Carmen on the Couch: Analyzing Bizet's Bold Heroine She smokes and drinks and brings men to their knees just by crooning a breathy Habanera. She's Carmen, the supreme diva of operatic femmes fatales, the controversial heroine of Bizet's popular opera. 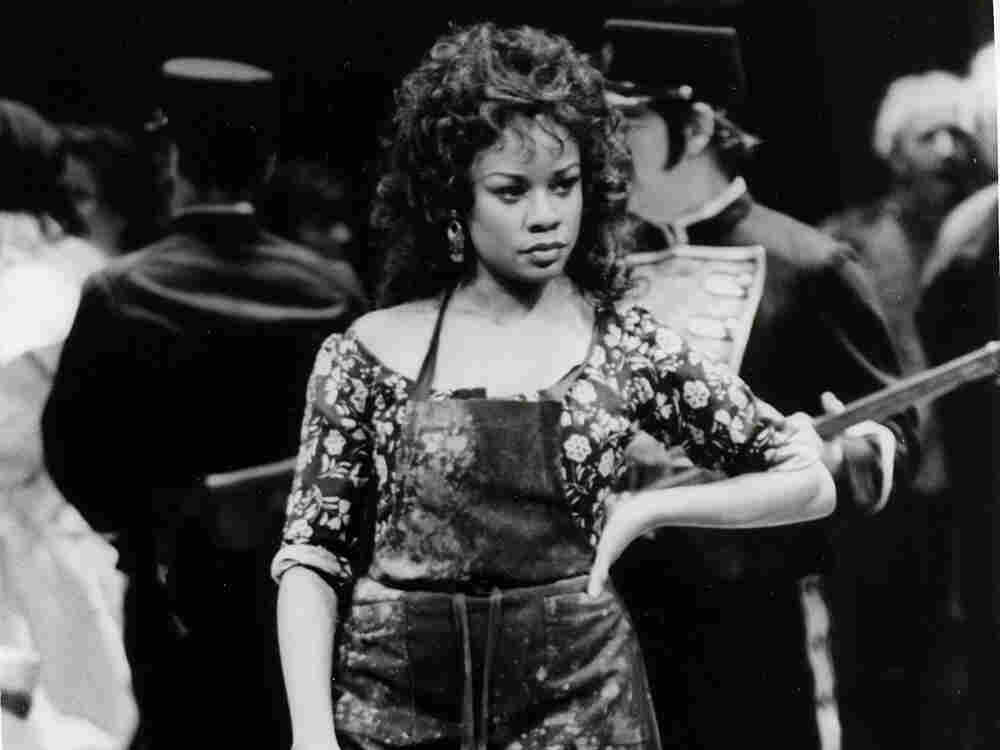 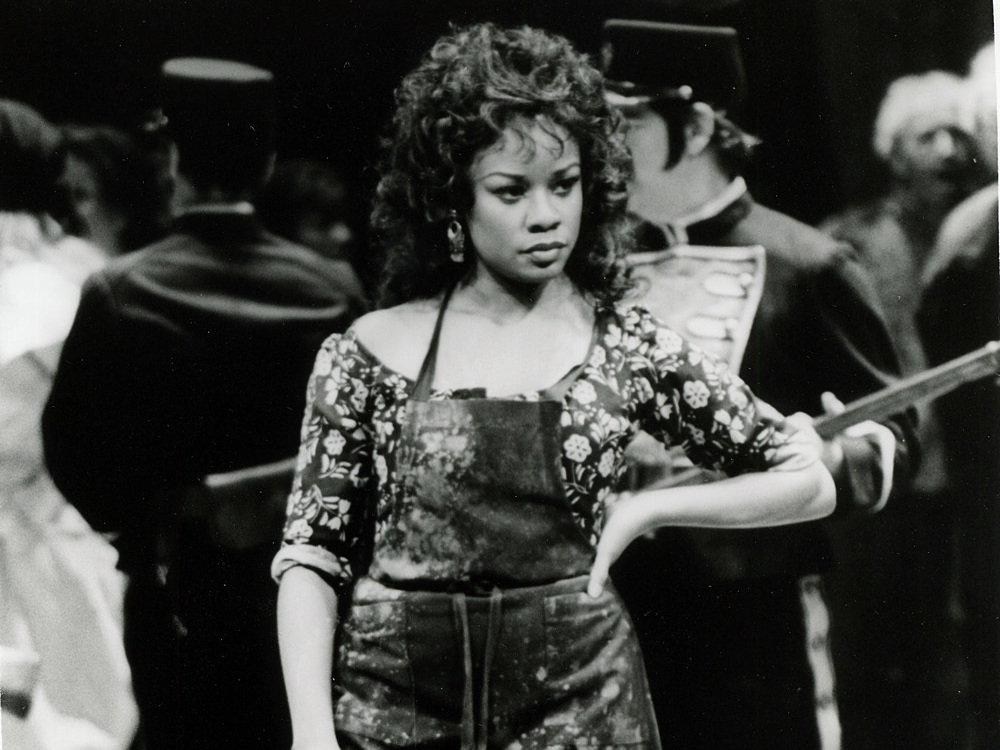 Denyce Graves as Carmen, at the Metropolitan Opera in New York.

September marks the start of the new opera season. Again the perennial favorite, "Carmen," by Georges Bizet, will take the stage at opera houses in places like New York, London and Vienna.

Carmen owes its longevity, in part, to Bizet's sparkling music, and to its fearless, flirtatious title character. But for all her sexual charisma, Carmen's own fate, in Bizet's opera, says something about how society views strong women.

Carmen is the supreme diva of operatic femmes fatales. She smokes and drinks, runs with a band of smugglers and brings men to their knees just by crooning her breathy Habanera (audio).

In her famous aria, Carmen sings, "Love is a rebellious bird that no one can tame..." It's the type of carefree mantra she lives by. Within minutes, she'll have a hapless soldier named Don Jose half-crazed with desire.

Bizet's Carmen premiered in Paris in 1875, at an opera house accustomed to staging family-friendly dramas. Musicologist Susan McClary says those first Paris audiences were not exactly ready for a free-thinking, blazingly real woman, who works in a sweaty cigar factory.

"This opera is so loaded with sexual imagery, it's not to be believed," McClary says. "We see her rolling up these cigars on her bare thigh. And none of that kind of explicit sexuality had been on the operatic stage at all. And to have this woman who smokes and does exactly what she pleases just blew everybody's mind."

Carmen might have blown a few minds, but author Will Berger says that, oddly enough, she also pushed just the right buttons.

"Carmen hit the world stages at the very height of the Victorian era, and it really spoke to people," Berger says. "There was something about casting aside of conventions and all those niceties that we're supposed to have in civilized life. And there was something very appealing about a woman who just said, 'Here I am, I am woman, hear me roar." (audio)

Right up through today, Carmen's brand of in-your-face honesty and sexy confidence continues to appeal to audiences and those lucky enough to sing the role, such as mezzo-soprano Denyce Graves, who says she's learned much about being a woman in the process.

"I'm a great admirer of this woman," Graves says. "I have drawn a lot of strength from who she is. I wish I could be more like her. She doesn't care. She really lives honestly, and that's attractive, I think."

But "attractive" may just be in the eye of the beholder. In the opera, Don Jose is attracted to Carmen, but after she seduces him, then dumps him for a bullfighter, he goes off his head and stabs her to death, and the curtain comes down.

So why does Carmen have to die? McClary says it's because Carmen is a hero to some, most notably feminists. But to others, Carmen is a threat.

See Bizet's Carmen in its many cross cultural guises.

McClary also says that, still, very few women characters who have power get to keep it. Like Carmen, they all must be punished in the end. But for Graves, Carmen's death means just the opposite.

"No, I don't think she's being punished," Graves says. "I think it's even an act of will on her part. And she says to him, 'If you're gonna kill me, kill me. Otherwise, get the heck out of my way.' But I've played her many times that she actually runs on to the blade itself, that she feels that he doesn't have the courage to do it himself, so she does it for him. I think it's extremely powerful."

Carmen, in the face of death, is fearless. According to Berger, her naturally sexy life-force is at a level which, even today, can be uncomfortable for many.

"I don't know of too many women who are as commanding and compelling as Carmen," Berger says. "I think if we saw an archetype as well drawn as Carmen, it would never get on television. People would not like it; it's just a little too disturbing.

Depending on the audience's perspective, Carmen is disturbing or delightful, a figure to be emulated and held up as a cautionary tale. She was a character far ahead of her time in 1875, and today, her story vibrantly spills out of the opera house, into our everyday lives.