Accessibility links
Wes Montgomery: 'The Unmistakable Jazz Guitar' In his short but prolific recording career Wes Montgomery reinvented the jazz guitar, while his name — and his sound — became synonymous with the instrument he played. 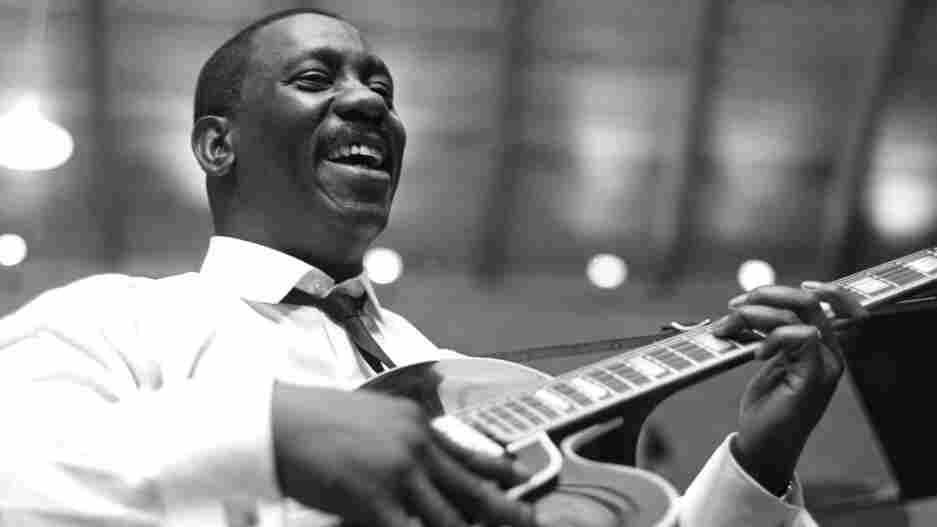 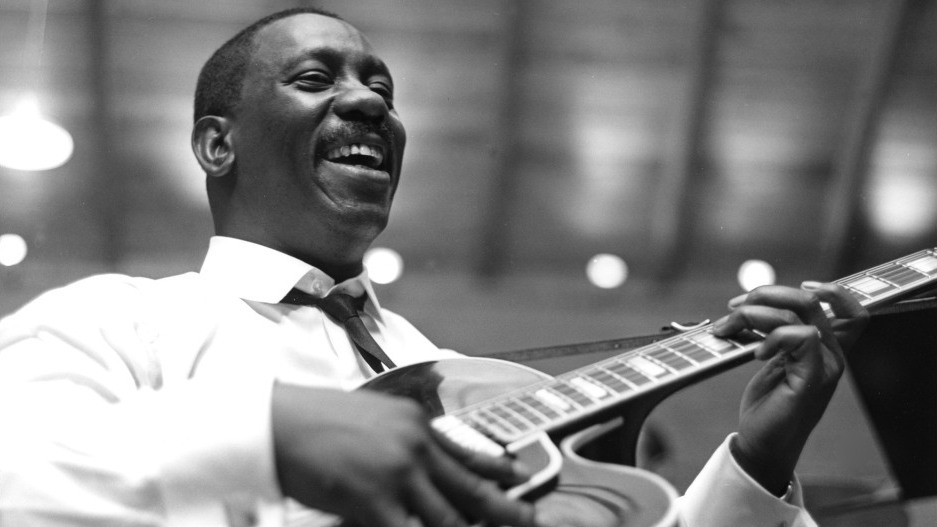 The jazz guitar of Wes Montgomery, deemed "the biggest, warmest, fattest sound on record," still reverberates today, nearly forty years after his death. The most influential, widely admired jazz guitarist since Charlie Christian's heyday, Wes re-invented the instrument with his thumb-plucking technique, his innovative approach to playing octaves, and his inventive, masterful execution of complex lines. In the short span of a 9 year recording career as a leader, his name became synonymous with the jazz guitar.

Despite the sophistication of his technique, Wes had no formal musical education. Born on March 6th, 1923 in Indianapolis, Wes grew up making music with his brothers, several of whom also became professional musicians. Electric bass guitarist Monk Montgomery recalls buying his brother his first guitar, a four-string tenor, on which 12-year-old Wes demonstrated immediate proficiency. Wes learned by jamming with his brothers and by emulating Charlie Christian, who inspired Wes to pursue jazz guitar professionally.

After his first big-time gig, touring with Lionel Hampton's band, Wes returned home to Indianapolis, where he worked days to support his growing family and played guitar in local bars all night. Meanwhile, Wes' brothers were enjoying some degree of success with their group, the Mastersounds, and they invited Wes to record with them to gain the gifted guitarist greater exposure. Sure enough, word spread and soon musicians like Cannonball and Nat Adderley were flocking to the Missile Room to witness the new sensation. Riverside Records producer Orin Keepnews was blown away by Wes' virtuosity and signed him on for 25 sessions. Wes' second album, The Incredible Jazz Guitar of Wes Montgomery, earned him Downbeat magazine's "New Star" award in 1960.

Wes' lush, inimitable sound was a product of his unusual stylistic approach. Guitarist Lee Ritenour explains how Wes played with his thumb as opposed to a pick, freeing himself from rhythmic constraints and typical phrasing. According to Wes, thumb-plucking and his technique of "playing two notes at the same time an octave apart" were both accidental revelations. While Wes was not the only guitarist to utilize the octave approach, he did so with incomparable "freedom and fluidity," and the technique "became one of his trademarks."

When Riverside Records went bankrupt, Creed Taylor of Verve Records signed the acclaimed guitarist, steering his career in a different direction. Although Wes recorded a few straight jazz albums with Verve, including his triumphant Smokin' at the Half Note, Taylor sought to bring Wes' music to a broader audience, convincing him to cover the R&B hit, "Goin' Out of My Head." The album, which earned Wes a Grammy Award, was his ticket to "crossing over" and made a name for him on the pop scene, enabling him to support his wife and seven children.

To the chagrin of jazz purists, Wes did not record another jazz album after 1965. However, in concert, as critic Gary Giddins attests, Wes continued to improvise stunning solos until his death of a heart attack in 1968. In a remarkably brief time frame, Wes Montgomery, a kind, modest man and a magnificent musician, left a legacy of enormous distinction to the jazz community