Accessibility links
Queen Latifah Tunes into 'Trav'lin' Light' Latifah has always followed her mother's advice: Don't put all your eggs in one basket. Her success in music and film has allowed her to do things she loves, like singing old jazz and R&B tunes. 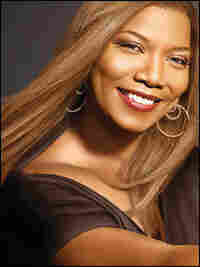 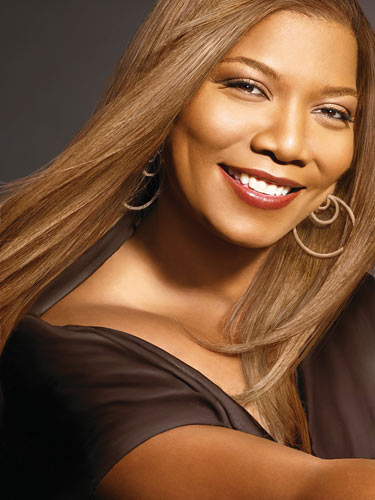 Queen Latifah reaches back to classics on her new album, Trav'lin' Light'

To build a career as a hip-hop artist, singer, actor, producer and cover girl, Queen Latifah followed her mother's simple advice: Don't put all your eggs in one basket. It has served her well. Latifah can now afford to do some of the less commercial things she loves, like singing old jazz and R&B tunes.

In the mid-1970s, one of the songs she heard over and over again, was "Poetry Man" by Phoebe Snow.

"My mom played 'Poetry Man' a lot when I was a kid in the house. I mean, she played that album endlessly," says Latifah, whose real name is Dana Owens.

Her mother Rita Owens says, "I cleaned my house many a Saturday to 'Poetry Man.'"

"I just loved the song so much, the melody, and Phoebe Snow has such a unique voice," says Owens, a retired high school art teacher.

Around the time Queen Latifah was choosing songs she would record for her new album, she happened to hear "Poetry Man" on the radio and thought she might like to try it.

"But since I knew this was one of my mom's favorite songs, I had to go ask her" what she thought about her daughter covering "Poetry Man," Latifah says.

Owens says she told her daughter: "You know Dana, that's not an easy song to do. And you have to do Phoebe Snow justice. If you're going to take on a legend's song, then you have to really step to the plate."

"She recently heard it and she really likes it," Latifah says. "She felt like I kind of followed the template but sort of made it my own."

The first, released a few years ago, she intentionally called The Dana Owens Album. She used her given name as a way of letting people know that before she was the rapper-turned-actress Queen Latifah, she was Dana Owens, a girl who loved to sing. She concedes that the name change was a little confusing, even for herself.

"The one thing that did happen that was a pain in the butt was that everyone started calling me Dana. And I'm like, 'Oh, God. I had that name to myself for a while,' and now it's like-people are like, 'Hey, Dana.' And I'll turn around thinking I know them but I don't know who they are. I have no clue."

That might explain why this new album is under her more popular moniker Queen Latifah.

I want every day to be life for the living, not just traipsing through it existing. I'm just interested in life and the world and exploring.

It's been about 20 years since she made a name for herself as a socially conscious rapper. But her work from that period hasn't been forgotten. The video for her 1989 song "U.N.I.T.Y." has been viewed more than 50,000 times since it was posted on YouTube just five months ago. The song is an attack on men who use expletives to address women.

"I'm waiting in the wings with that," she says.

Latifah might come back to hip hop next summer. But for now, she's gearing up for a nationwide tour to promote her new album.

Latifah says that most of the songs she chose for her new CD mean a lot to her personally, especially one that had been performed by Sarah Vaughan, "I'm Gonna Live Till I Die."

"I want everyday to be life for the living, not just traipsing through it existing. I'm just interested in life and the world and exploring. So that song really works for me."

Latifah begins her national tour this week and depending on the audience, she says she might even do a little rapping.