Accessibility links
August Wilson, Broadway's Bard of Black Life On the second anniversary of the playwright's death, Michele Norris talks to two actors from the Broadway production of his final play, Radio Golf. 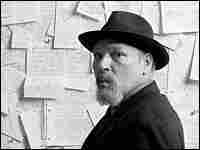 August Wilson died of liver cancer two years ago, shortly after completing a mammoth cycle of 10 plays that's come to be known as the Century Cycle. A new box set of the plays has just been published. hide caption 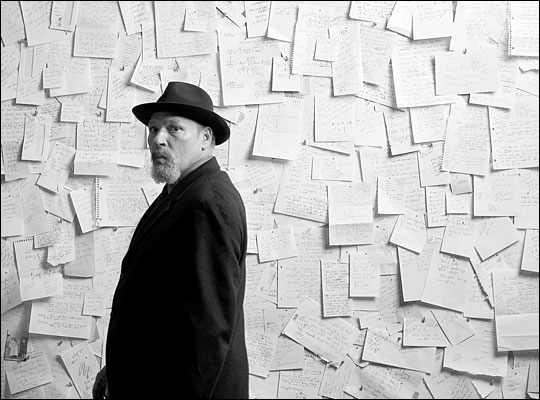 August Wilson died of liver cancer two years ago, shortly after completing a mammoth cycle of 10 plays that's come to be known as the Century Cycle. A new box set of the plays has just been published.

More from Michele Norris' interview with Tonya Pinkins and James A. Williams:

On How to Curse, August Wilson Style

Pinkins on Wilson's Characters and her Own Family

You can't really know Wilson until you've heard one of his characters' big set-piece speeches. Below, an example from Gem of the Ocean: 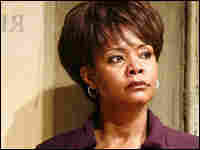 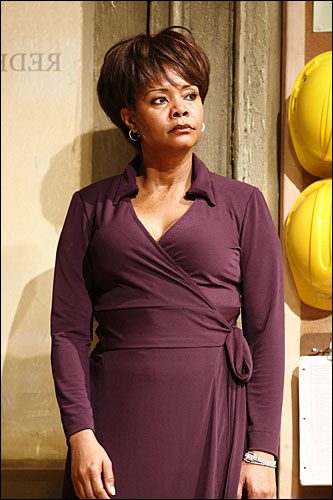 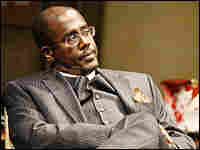 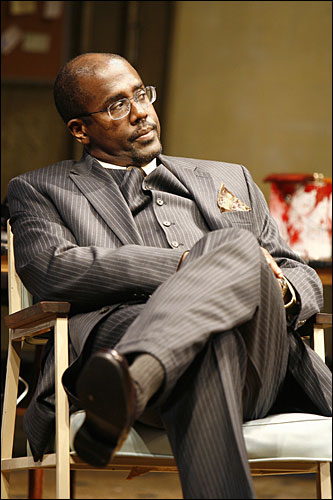 James A. Williams in Radio Golf.

He did manage to finish his cycle of 10 plays, each based in a different decade of the 20th century and each a story of the African-American experience — Fences, The Piano Lesson, and Gem of the Ocean, to name a few.

On this anniversary of Wilson's passing, NPR invited two veteran actors to talk about his impact. Tonya Pinkins and James A. Williams starred in the Broadway production of Wilson's final play, Radio Golf. Williams played a developer planning to bulldoze a home in Pittsburgh's Hill District — the setting for many of the plays in what came to be known as Wilson's "Century Cycle"; Pinkins played a feisty campaign manager for a would-be mayor.

Between the two of them, they've acted in nearly all of the Century Cycle plays — and Pinkins says Wilson had a special ear for the rhythms of black life.

"The challenge of being a black actor in New York was that most of the material written for us was not written by blacks," she tells Michele Norris. "So you'd often get people telling you you weren't black enough. When I came to August's work, it was this breath of fresh air, because these were authentic sounds of black people. I knew all the people in these shows."

It was a welcome change, Pinkins says, from "people who'd grown up on TV versions of what black was supposed to be, trying to tell a black actor how to be black."

"I spent five years doing classical theater at the Guthrie [Theatre] in Minneapolis," Williams says. "It was always a challenge to try to find a way to bring who I was ... to roles that were not written for me.

"Matching up with August, it made life be so much easier as an actor," he says. "It was the rhythms I heard all my life, sitting around the kitchen table, on a holiday, listening to the adults talk."

Wilson's plays are huge things, ambitious and provocative, full of observations and arguments about the African-American experience.

"I read all the 10 before we did Radio Golf," Pinkins says. "And it was just fascinating to me to see how each decade, he really shows you how slavery was still present in a new form. ... The dialogue is just truth."

The actors say that dialogue, with its extraordinary vernacular and its very specific cadences, can be difficult to memorize.

"It is a piece of music," Pinkins says. "And if you skip a word, you've changed the song. That music is so specific to those characters and that era. ... It's just easy to fall into your specific personal rhythm, as opposed to the very specific rhythm that August wrote."

"He knew every word he ever wrote," Williams says. "And he came to me once and looked at me, and he said, 'You know on page 37, where you had that pause?' He said, 'That's a comma, not a period.' And I went back and looked at the script, and he was right."

Working on Radio Golf in rehearsal, knowing that Wilson's health was failing, was a bittersweet experience.

"It instilled in us a sense of mission," Williams says. "He could have taken medication to prolong his life, but the medication would have ... made it very difficult for him to write coherently. So he made the choice to finish the play.

"And when someone makes that kind of choice — those days when you come into rehearsal and you feel tired, or days when you're having problems, you have to kick them to the curb," Williams says. "You say, 'Okay, this man is spending the last amount of life force to complete this thing. I can't do anything but meet it with all I've got to give, every day."

August Wilson Performed: From 'Gem of the Ocean'

Critic John Lahr writes that August Wilson "took the vernacular rhythms and the swaggering sludge of street talk and turned that tatterdemalion into eloquence. ... The noise the characters make and the time their tall tales take are redress for what Zora Neale Hurston called 'the muteness of slavery.'"

In the clip above, actor Marc Damon Johnson offers just such a quintessential August Wilson moment from the epic Gem of the Ocean: a speech about a memory and a woman and a blue dress, delivered in the second act by Citizen Barlow, one of that play's central characters. 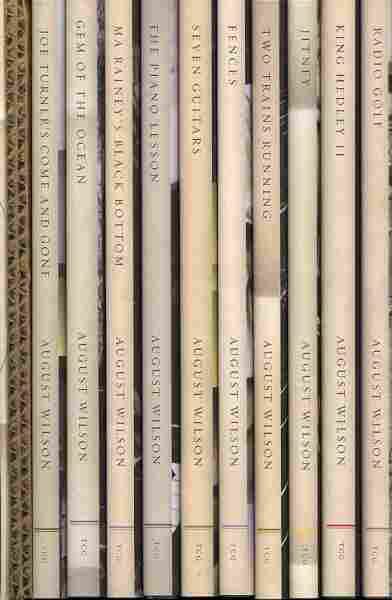