Hear Matt Bai read from and discuss the book 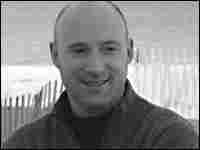 Matt Bai is currently covering the 2008 presidential race for The New York Times Magazine, where he is a national political correspondent. His reporting was honored in both the 2005 and 2006 editions of The Best American Political Writing. Ellen Uchimiya hide caption

Book Tour is a new Web feature and podcast. Each week, we present leading authors of fiction and nonfiction as they read from and discuss their work.

Matt Bai's new book, The Argument, chronicles what he calls "the first real political movement of the Internet age" — the one that catapulted former Vermont governor Howard Dean to national prominence in 2004.

Bai says he caught a glimpse of the nascent movement while traveling through the soybean fields of Iowa with Dean in 2003. "Dean," Bai writes, "had tapped into a well of resentment that Democrats back in Washington, and those of us who covered them, simply didn't understand."

Bai is currently covering the 2008 presidential race for The New York Times Magazine, where he is a national political correspondent. He began his journalism career at the city desk of the Boston Globe before spending five years as a national correspondent for Newsweek. His Web site notes that he "did a disastrous ... stint at Rolling Stone, which included no articles and a lot of weirdness" before moving on to the Times in 2002. Two of his Times stories were featured in back-to-back editions of The Best American Political Writing in 2005 and 2006.

The Argument portrays "oddly heroic characters" — from bloggers to a secretive group of billionaires — "who rose in a very short time to tremendous heights of power in Democratic politics." These new "progressives," fed up with "Clintonian centrism, an election they believed was stolen, and ... their party's own capitulation on the war in Iraq," didn't just aspire to win, Bai says, but to craft a compelling answer to the question that still lingers: What do you do with that victory?

This discussion of The Argument took place in September 2007 at the Politics and Prose bookstore in Washington, D.C. 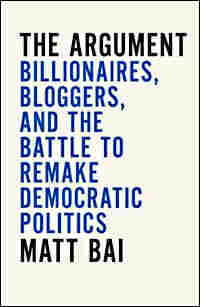 Guy Saperstein was seated at one of the front tables, stewing. Before his retirement twelve years earlier, Saperstein had been a legendary civil rights lawyer, building the largest and most lucrative civil law practice in history. He was also a classic antiwar liberal of his era, a veteran of the unrest at Berkeley, who retained an intense interest in foreign policy and was an ardent critic of the Iraq war. (He had even commissioned his own private poll on homeland security, which he then disseminated, with a strategy memo, to the party's congressional leaders.) Saperstein headed the alliance's foreign policy committee, and was incensed by Clinton's comments about Iraq. Like a lot of the progressive donors, he believed that the outcome in Iraq had been, in fact entirely foreseeable, and that the Democratic acquiescence in it had been a classically Clintonian act of craven moderation. How could Clinton say that how you voted on the war didn't matter? Did he really believe he could excuse his wife's vote so blithely? Did he suppose no one would notice?

The same issue had arisen the day before, during a roundtable of foreign policy experts, when a group of partners had lectured the panelists on the ways in with Washington Democrats should have apologized for leading the nation into war. Now Saperstein rose and challenged Clinton directly. He pointed out that John Edwards, Kerry's running mate and a certain candidate for president in 2008, had already apologized for his vote on Iraq. Why shouldn't every Democrat who had voted for the war — including, presumably, Hillary Clinton — do the same thing? How were Democrats supposed to have any credibility if they wouldn't admit when they had been so calamitously wrong?

Clinton's face reddened. He leaned forward belligerently and pointed a finger at Saperstein. "You're just wrong," he said. "Every thing you just said is totally wrong. Wrong, wrong, wrong." While the donors sat, stunned by his tone, Clinton then went on to explain why the vote on Iraq had not, in fact, been a vote for war. It had been a vote to authorize the president to use the threat of force — as a means, in fact, of avoiding war. Bush had said that such a vote was the only way to get the weapons inspectors back into Iraq, thus defusing the confrontation. This was a fair point — Hillary Clinton had, in fact, said this very thing when she cast her vote back in 2002 — but her husband wasn't finished. Just as he appeared to be winding down his argument, Clinton's voice started to rise again, and he turned remarkably personal.

"Look, if that vote was a mistake, then it's a mistake I would have made," he said. "But you're just wrong." He stared directly at Saperstein and lost any semblance of restraint. "This is not productive! You're asking people to flagellate themselves! What you do tomorrow is all that matters. Only in this party do we eat our own. You can go on misrepresenting and bashing our own people, but I am sick and tired of it. Stop looking back and finger pointing, and ask what we should do now.

"Let's get real here," Clinton went on. "Go ahead and give Edwards a gold star because his mea culpa is better than Hillary's. Do it," he said, "and lose."

The ballroom was dead silent. No one said a word. Spent from his tirade, Clinton tried to lighten the mood. "As you can tell, I don't have any strong feelings about this," he said. The partners exhaled again and laughed. No one applauded, however. A sense of hurt and fury lingered on both sides of the room.

Excerpted from The Argument: Billionaires, Bloggers, and the Battle to Remake Democratic Politics by Matt Bai. Reprinted by arrangement with The Penguin Press, a member of Penguin Group (USA), Inc. Copyright (c) August 2007. 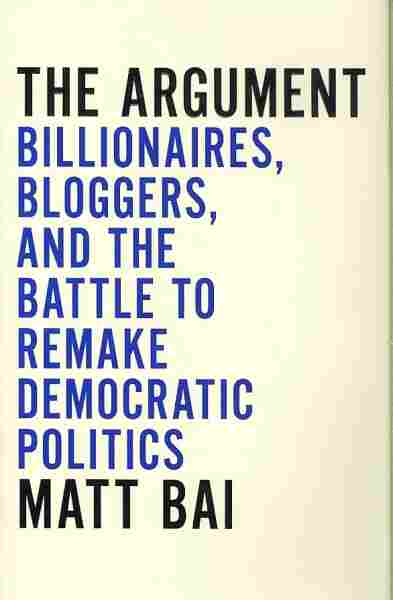 Billionaires, Bloggers, and the Battle to Remake Democratic Politics