A metal fence constructed by National Guardsmen forms a barrier in the desert that runs along the U.S.-Mexico border east of San Luis, Ariz. David McNew/Getty Images hide caption 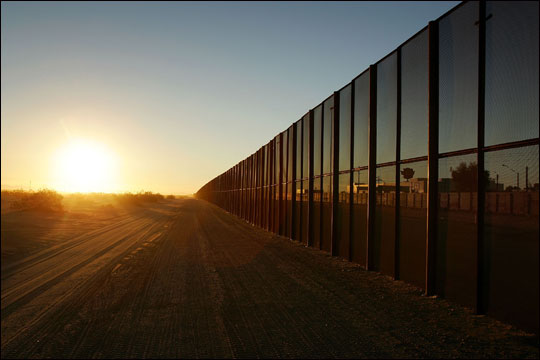 A metal fence constructed by National Guardsmen forms a barrier in the desert that runs along the U.S.-Mexico border east of San Luis, Ariz.

The next debate, titled "Russia Is Becoming Our Enemy Again," takes place on Oct. 30.

In the past decade, a large influx of immigrants — many Hispanic and many illegal — has expanded from traditional polyglot cities into the suburbs, exurbs and even rural areas of America. This has produced a backlash, especially since the terrorist attacks of Sept. 11, 2001, made immigration a national security issue.

There are now an estimated 12 million undocumented immigrants in the United States. What should the U.S. do with them? The nation is engaged in a heated and divisive debate, one that crosses all lines of party and ideology.

The Bush administration, business groups and some immigrant advocates argue that the U.S. economy demands immigrant labor, and by denying those workers legal status, the government is fostering a shadow sub-class subject to abuse. Restrictionist groups contend that so many illegal workers depress wages and are causing a culture clash. They oppose legalization and argue that tougher enforcement measures can slowly force these immigrants out of the country.

For two years, Congress has debated and failed to pass a sweeping immigration overhaul. More and more states and localities are stepping into the void with their own proposals, though many have been blocked by the courts as unconstitutional.

A panel of experts took on the issue Oct. 9 as part of the Intelligence Squared U.S. series. The proposition was "Let's Stop Welcoming Undocumented Immigrants." In an Oxford-style debate modeled on a program begun in London in 2002, three panelists argued for the proposition and three against.

The debate was held at the Asia Society and Museum in New York City and was moderated by John Hockenberry, a former reporter with both National Public Radio and NBC News, and co-host of an upcoming public radio program produced by WNYC. 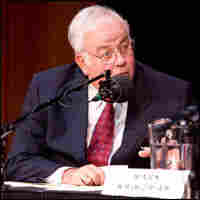 Vernon M. Briggs Jr., professor emeritus at the School of Industrial and Labor Relations at Cornell University, says: "It's hard to make any argument that there is a great shortage of unskilled workers, when the highest unemployment rates in the United States are held by those who have the lowest level of education. ... This labor market is in surplus, and that's the problem. Why income levels at the bottom don't go up, wages at the bottom don't go up, why income distribution in this country is [becoming] increasingly skewed, heading toward greater inequality. ... We all know that if undocumented workers were pouring into the professional, elite ranks of this country, if they were coming into the professor ranks or the lawyer ranks or the doctors' ranks or the business executive ranks, this issue would have been solved a long time ago." 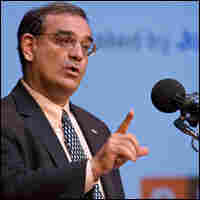 Mark Krikorian, executive director of the Center for Immigration Studies and a contributor to the National Review, says: "What we really need in ending this 'welcome' is to pursue what I like to call a 'firewall' strategy. Make it not just difficult to get in the country, which is something we need to do, but also make it hard to gain access to the important institutions of our society ... so that it becomes as difficult as possible to be an illegal immigrant. So you can't get a driver's license, you can't get a job, etc. Only in that way can we successfully dissuade new illegal immigrants from sneaking into the country and persuade some significant portion of those to leave. ... I describe that as an 'attrition' policy. In other words, not magically eliminating the illegal immigration problem, but causing the illegal immigrant population ... instead of growing every year, to start declining every year." 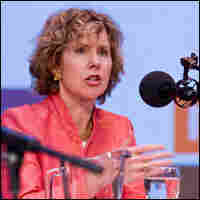 Heather Mac Donald, a John M. Olin fellow at the Manhattan Institute and contributing editor to City Journal, says: "The ongoing violation of our immigration laws has reversed the traditional roles in a sovereign nation. It is now people living outside our border who determine our immigration policy, not Americans. The facts that result from this constant violation are these: A significant portion of the children of illegal Mexicans and Central Americans are adopting an underclass culture, as anyone can verify for himself by looking at social statistics or spending time in heavily Hispanic schools. Until we figure out how to prevent this from happening, our unrestricted immigration flows guarantee social problems for years into the future." 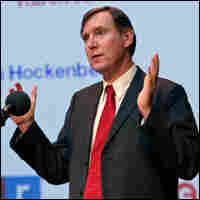 Daniel T. Griswold, director of the Cato Institute Center for Trade Policy Studies, says: "There are two powerful economic and demographic trends, two very positive ones, that are driving low-skilled immigration to the United States. On the demand side, our economy continues to create hundreds of thousands of net new jobs every year for low-skilled workers in fields like retail, cleaning, landscaping, food preparation. And at the same time, the supply of Americans who traditionally filled these jobs — Americans without a high school diploma — has been dropping steadily. ... So we have a structural mismatch between demand and supply in our economy. And yet there's no legal channel for a peaceful, hardworking 24-year-old Mexican or Central American to come into the United States legally and fill these jobs that there are simply not enough Americans there to fill." 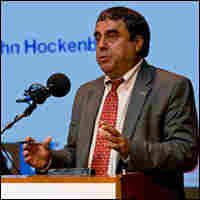 Enrique Morones, president and founder of Border Angels and human rights activist, says: "Half of the undocumented people are not from Mexico. They come from other parts of the world for economic opportunity. They assimilate. They learn the language, just like ... you did in the many years that you've been here. There was a man that said, 'They're not learning the language, they're not assimilating. They want to just practice their own culture. We gotta stop them.' That man was Benjamin Franklin, talking about the Germanization of the United States. This has been going on for many, many years. There's 200 million-plus undocumented people in the world. Only 4 percent of them live in the United States and of those 12 million, a third of them came here legally and their visas expired — work, tourist or student visas." 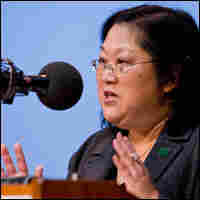 Karen K. Narasaki, president and executive director of the Asian American Justice Center, says: "We are not arguing for open borders, and we are not arguing that our laws should not be enforced. What we are saying is let's be smart. Let's talk about what laws need to change, so in fact they are enforceable and they make sense. Laws only function when they are humane. And right now, our immigration laws are not humane, and they do not make sense. ... We don't provide a realistic number of visas or permanent green cards. The backlog for spouses and children to join with a legal permanent resident is now five to 10 years. Is that smart? ... How many people would wait 10 years to be with their spouse or child? ... The number of visas available for temporary, low-skilled workers is 5,000 a year. Now we could debate what the numbers should be. But I think most of you would find it strikingly unrealistic to say that 5,000 is the right number."