Accessibility links
Buddy Collette: 'Man of Many Parts' Reedman Buddy Collette has spent most of his music career on the West Coast, out of the national spotlight. But it would be a mistake to overlook his distinguished career as a jazz educator, activist, composer and, of course, phenomenal multi-instrumentalist. 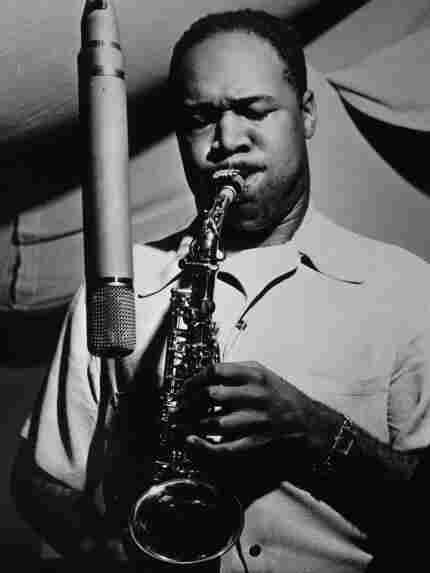 Buddy Collette formed his first jazz ensemble before he was a teenager. His bassist? A young Charles Mingus. Metronome/Getty Images hide caption 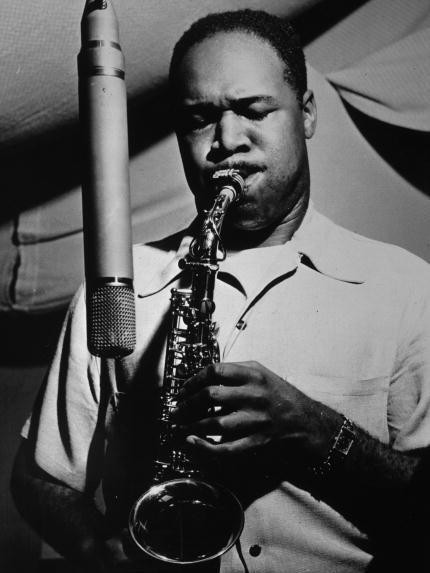 Buddy Collette formed his first jazz ensemble before he was a teenager. His bassist? A young Charles Mingus.

When it comes to unsung jazz heroes, Buddy Collette is as close to unmatched as it gets. A gifted composer and multi-instrumentalist, Collette continues to fly almost defiantly under the radar.

William Marcel Collette was born on Aug. 6, 1921, in the Watts district of Los Angeles. Along with saxophonist Dexter Gordon, bassist Charles Mingus and drummer Chico Hamilton, he helped keep jazz alive in the city's historic Central Avenue neighborhood. Collette also played an important role in the development of the cool jazz movement.

After attending a concert by the legendary trumpeter Louis Armstrong, a young Collette aspired to a career in jazz. Satchmo's achievements and lifestyle presented an appealing alternative to the menial and often degrading jobs open to African-Americans during the Depression.

In 1933, at the age of 12, Collette formed his first jazz ensemble. The group contained a talented teenager named Charles Mingus, whom Collette convinced to switch from cello to bass. Mingus was already an extraordinary talent, but his infamous temper was also firmly in place. In the years that followed, Collette was instrumental in helping Mingus forge better relationships with musicians and producers. Collette's gentle, friendly demeanor presented the perfect counterpoint to the ornery bassist, and the two became lifelong friends.

Remembering the action on and off Central Avenue, Collette speaks fondly of the lengthy jam sessions in that district during the 1930s and '40s. During those years, the Central Avenue area was filled with the sounds of jazz. After enlisting in the military for WWII, Collette returned to Los Angles and quickly became one of the city's first bebop musicians.

In 1949, Collette recorded "It's April" in the backroom studios of Dolphin's of Hollywood. "It's April" and other tunes recorded at Dolphin's received radio airplay and sold well, but studio owner John Dolphin seldom paid his musicians. (This financial conflict eventually led to the stabbing and killing of Dolphin.)

If I were going to pick a guy to open the [Hollywood studios] door, as Jackie Robinson opened it for baseball, Buddy would have been the man in the first place.

Collette left Dolphin behind and overcame racism in the music industry by becoming the first African-American to perform in a television studio band, appearing on Groucho Marx's You Bet Your Life.

Still, Collette was not content, and his influence on the Los Angeles music scene grew. He eventually became a political and social activist, leading a grassroots campaign to desegregate the Los Angeles musician's union. Gerald Wilson, Frank Sinatra, Nat "King" Cole and saxophonist Benny Carter were some of Collette's early supporters. Collette also fought against the burgeoning influence of McCarthyism, and helped organize a concert and rally protesting government repression of legendary African-American singer, actor and political activist Paul Robeson.

None of these activities got in the way of Collette's music making. In 1955, he became a founding member of drummer Chico Hamilton's legendary quintet. The unusual ensemble also featured pianist and cellist Fred Katz, whom Collette calls "the first jazz cello player." A year later, Collette recorded Man of Many Parts, his first album as a bandleader. The album demonstrated not only Collette's mastery of the saxophone, but also his talents as a composer.

In the late 1950s, the careers of Collette and his West Coast contemporaries were taking off. Many of them, including Mingus and Hamilton, moved to New York for more lucrative gigs. But Collette stayed in Los Angeles, where he became a noteworthy educator. His students included woodwind players James Newton, Frank Morgan, Sonny Criss, Eric Dolphy and Charles Lloyd.

Next on Jazz Profiles:

In 1996, when the Library of Congress commissioned Collette to write and perform a special big-band concert to highlight his long career, Collette brought together some of his old musical mates from Los Angeles, including Jackie Kelson, Britt Woodman and Chico Hamilton.

Today, Collette is receiving more recognition than ever. Although he no longer performs due to a stroke in 1998, his immense talent and gentle spirit remain intact and highly influential.