Accessibility links
Duke Ellington: 'The Maestro,' Pt. 2 By the 1930s, Duke Ellington had already risen to the top of the jazz world. What was to come proved that his band occupied its own musical universe: Decade after decade, Ellington's ever-talented orchestra rode incredible waves of creativity. 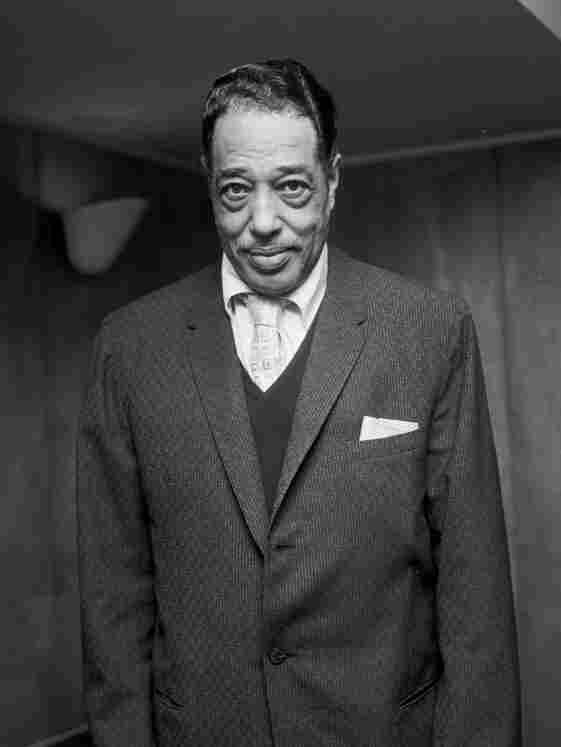 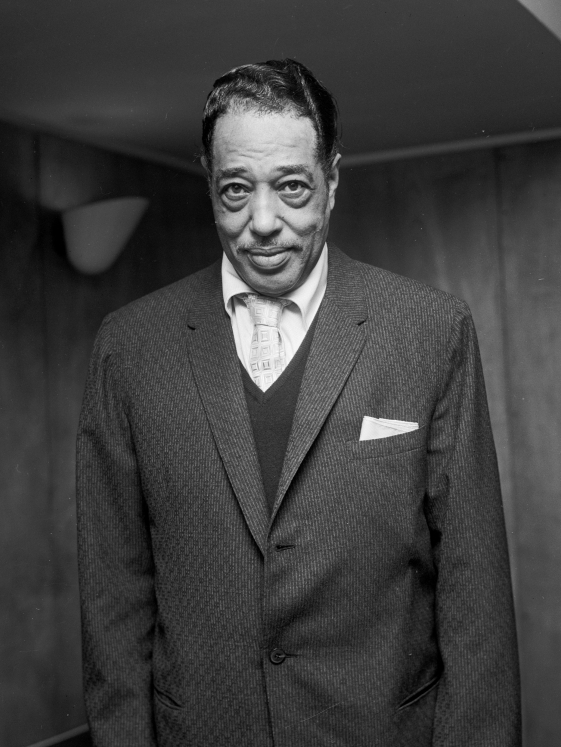 In American music, Duke Ellington stands alone. Over a period of 50 years — from the '20s to the '70s — Ellington led one of history's finest performing ensembles and established himself as one of America's most powerful musical forces. He encountered jazz in its infancy and expanded it into a sophisticated, internationally celebrated art form.

This episode of Jazz Profiles, the second in a series of four, follows Ellington from his Swing Era successes through the incredible bouts of creativity that came over his band for the next 40 years. It is the story of an acclaimed bandleader meeting groundbreaking talent, adapting to a changing music industry and continuing to innovate throughout his career.

By the early '30s, Duke Ellingtons orchestra was in demand at theaters around the country. When business manager Irving Mills arranged a tour through the South, Ellington insisted that the band charter luxury Pullman railroad cars to protect his musicians from racist hostility. Though coincidental, the move reflected a dignity and style that were pure Ellington. Duke Ellington was elite, and so was his orchestra. His powerful presence defied the very notion of racial inequality, and his life and his music were a profound statement against it.

In 1938, Ellington met a young lyricist and arranger named Billy Strayhorn. Upon hearing Strayhorns first arrangement, "Take the 'A' Train," Ellington immediately said, "You are with me for life." Ellington's intuition was prophetic. "Take the 'A' Train" was a huge hit, and it became the Ellington orchestra's signature tune. Strayhorn and Ellington continued to collaborate for many years hence, and their chemistry yielded an outpouring of creativity unique in American music.

By 1939, Ellington's partnership with Mills, however, had run its course. Ellington severed it when he learned that Mills had deceived him and skimped on his mothers funeral arrangements. Despite the split, Ellington's reputation continued to attract the best talent. In 1940, he added virtuoso bassist Jimmie Blanton and powerhouse tenor saxophonist Ben Webster, and the band reached new heights with recordings of "Jack the Bear" and "Ko-Ko."

In 1941, Ellington composed the score for Jump for Joy, a satire that condemned racial intolerance. Black audiences heralded this groundbreaking work, which jettisoned the black stereotypes so common in show business. Though the musical sold out for three straight months in Los Angeles, promoters feared that the message was too strong for mainstream America, and it was never launched on Broadway.

Undeterred, Ellington pursued another ambitious work — a major concert piece depicting the history of African-Americans. When Black, Brown and Beige premiered at Carnegie Hall in January 1943, a handful of critics sang its praises, but many others did not. Composer and educator David Baker notes that Ellington was quite sensitive to such criticism, which caused him to hesitate before taking on such extensive works again.

But Ellington refused to compromise in the face of the music industry's sea changes. In the late '40s, most big bands were disappearing, due to changing tastes in popular music and the high costs of maintaining large ensembles. As the only bandleader who wrote virtually his entire repertoire, Ellington was financially and creatively able to weather the demise of the big band era. He produced more groundbreaking pieces, such as his critically acclaimed tone poem "A Tone Parallel to Harlem."

In 1956, the Ellington orchestra was rejuvenated by a rousing reception at the Newport Jazz Festival, and he embarked on yet another burst of creativity that lasted until the late 1960s. Once again, Ellington drew on themes of the African-American experience with extended works like A Drum Is a Woman and My People, a 1963 stage show celebrating the centennial of the Emancipation Proclamation. Ironically, Ellington would be criticized for not being more overt in his support of the Civil Rights Movement.

In 1967, Billy Strayhorn died of cancer. Though devastated by the loss, Ellington forged ahead and completed more great works, including some he had begun with "Strays" at his side. One such piece was part of a series of three "Sacred Concerts." Meanwhile, Ellington's band headed into its fifth decade, relentlessly performing at a peak level. In 1969, he was awarded the nations Medal of Freedom at the White House.

Ellington learned in the spring of 1972 that he had incurable lung cancer. He and Arthur Logan, his doctor and close friend of 40 years, agreed to keep the illness a secret as Ellington continued his busy performance schedule. While in London, Ellington would learn that Logan himself had died suddenly of cancer. The news crushed him. On the phone with Logans wife, Marian, he said, "I wont last six months." He died five and a half months later.

Ellingtons musical legacy remains unrivaled by any other American musician or composer. He wrote more than 1,500 compositions which transcend category and musical boundaries. As Dr. Billy Taylor notes, his music is an expression of "what were about as Americans," and will influence generations to come.

Duke Ellington: 'The Duke at His Best'