Accessibility links
Celebrating the Solstice with Paul Winter As reliable as the winter solstice itself, saxophonist Paul Winter presents his 28th annual Winter Solstice Celebration at New Yorks Cathedral of St. John the Divine, featuring musicians and dancers from around the world.

Celebrating the Solstice with Paul Winter

Celebrating the Solstice with Paul Winter 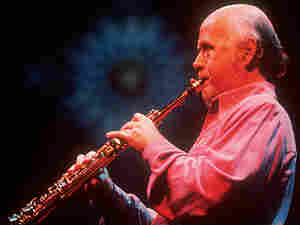 For 28 years, saxophonist Paul Winter has gathered musicians from around the world to celebrate the winter solstice. Jeff Day hide caption

See highlights from past concerts. 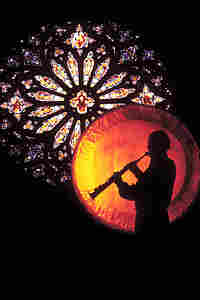 Each year, right around Dec. 21, the winter solstice quietly slips into place, providing the longest night of the year. Saxophonist Paul Winter has celebrated the event for the last 27 years by presenting a special Winter Solstice concert in New Yorks cavernous Cathedral of St. John the Divine.

Fueled by Winters soaring soprano saxophone, the annual concerts unfold as a spectacle of theatre, dance and music from around the world.

Paul Winters Journey to the Solstice

Paul Winter doesnt need a traditional concert hall to make music. Hes given performances in places as diverse as Israels Negev Desert, the White House, the Grand Canyon and the Palace of the Crown Prince of Japan.

As a kid in Altoona, Pa., Winter was fascinated by jazz and began by playing saxophone in Dixieland, big-band and bebop groups. In 1962, the U.S. State Department sent him and his award-winning college jazz band on a 23-country Latin American tour. The experience helped cement Winters deep fascination with music and culture from around the world.

In 1967, Winter launched his own group called the Paul Winter Consort.

I borrowed the name from the ensembles of Shakespeares time, which adventurously blended woodwinds, strings and percussion, Winter says. To this day, the Consort remains the core performing group for the annual Winter Solstice concerts.

In the solstice performances, Winter celebrates the return of the sun after the long nights of darkness — and places an emphasis on the environment, another of his passions. He's received the Global 500 Award from the U.N. in recognition of his musical contributions to the environment.