Accessibility links
Frank Sinatra: 'The Voice' An incomparable singer and icon, Sinatra left a permanent mark on 20th-century America in many forms of popular entertainment. As a vocalist, his versions of the country's popular songs set the definitive standard for singers and instrumentalists alike. 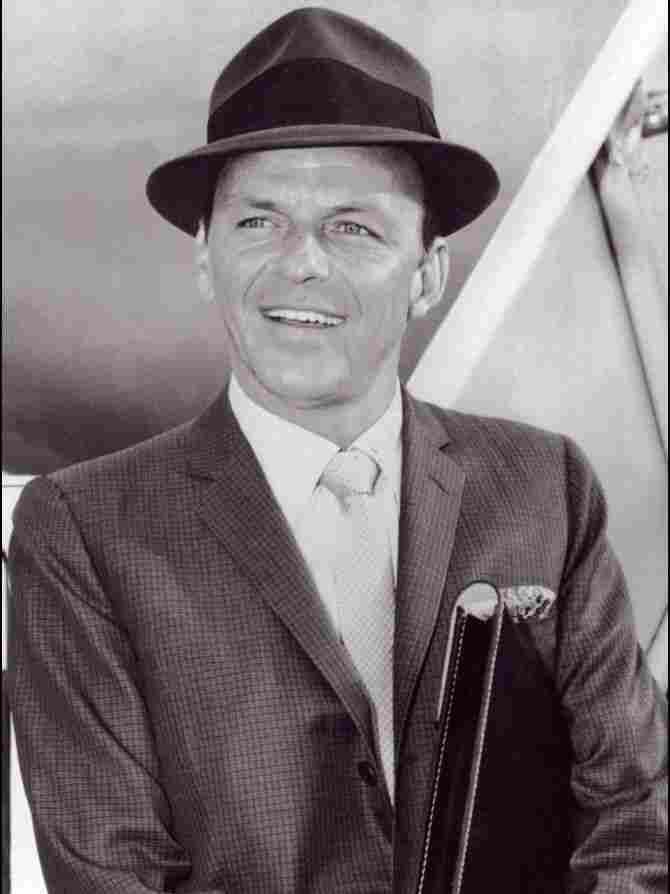 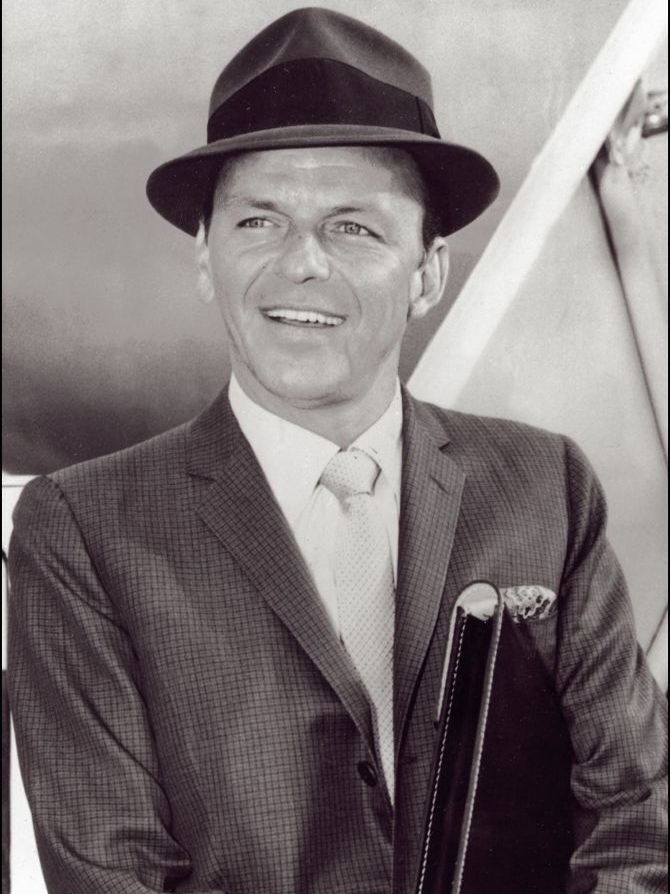 He had a lot of nicknames: "Chairman of the Board," "Ol' Blue Eyes," "Frankie Boy," "Swoonatra" or simply "The Voice." But for all his aliases — not to mention his place in popular culture — Frank Sinatra's vocal instrument left a permanent mark on 20th-century America. His versions of the country's popular songs set a definitive standard for singers and instrumentalists alike.

Born in 1915, Francis Albert Sinatra grew up in Hoboken, N.J., in an age when new technologies — sound films, electronic recording and radio — suddenly made music accessible to a much larger audience. It was also an era where singing was coming into the modern age, courtesy of Louis Armstrong and Bing Crosby. Though the young Sinatra initially aspired to become a journalist, an encounter with a Bing Crosby film turned him around.

Radio boosted Sinatra's early ambition. A syndicated program called The Original Amateur Hour heard Sinatra's solo audition, paired him with a pre-existing vaudeville trio, and sent the group on tour around the country as the Hoboken Four.

Of course, Sinatra had solo ambitions, and he eventually landed a gig as a singer and waiter at The Rustic Cabin, a club in Englewood Cliffs, N.J. Again, radio brought him a critical break: New York's WNEW regularly broadcast from the venue, and in June 1939, trumpeter Harry James was listening. A star of Benny Goodman's ensemble, James was starting his own big band at the time, and happened to be looking for a "boy singer."

Though the band struggled to make ends meet, the exposure was priceless. The Tommy Dorsey Orchestra, a more popular and established outfit than James', offered Sinatra a job. Sinatra's stock rose quickly — he became the star attraction of the outfit — and he longed to strike out on his own. In September 1942, after high-powered contract negotiations extricating him from Dorsey's contract, Frank Sinatra began his solo career.

Soon, Sinatra would amass a large fan base, the most rabid of whom were the bobbysoxers: teenage girls. He appeared in movies, on radios and in concert halls across the country — and on record. The records he made for Columbia from 1943 on show off many of his finest interpretations of song; during his tenure with the label, he honed his signature delivery of romantic ballads and collaborated with the finest pop musicians and arrangers.

As the 1940s drew into the 1950s, Sinatra's career begin to stall. Hitmaking song styles began to change, and celebrity journalism hounded him for his extramarital affairs and alleged mafia connections. But just as his recording career hit a lull, his acting career picked him up. Sinatra won an Academy Award for Best Supporting Actor in From Here to Eternity. He signed a deal with Capitol Records, and with the success of the record Young At Heart in 1953, he relaunched his career in music.

His Capitol records brought together a deeper, rougher voice with the American popular songbook — and arrangers of the highest order. Most important among them was Nelson Riddle, with whom Sinatra recorded many of his career-defining numbers.

Though popular music would soon move away from the standards he performed, it was stardom from then on for Sinatra, both on wax and on film. But perhaps the best way of measuring the extent of his impact was his acceptance by other jazz musicians, especially instrumentalists. So vital are his interpretations that any musician who performs songs from Tin Pan Alley and Broadway must contend with the legacy Sinatra left behind.

Writer David Hajdu once assessed Sinatra's career memorably: "To hell with the calendar. The day Frank Sinatra dies, the 20th century is over." Sinatra died May 14, 1998, an eternal icon of modern music.