Accessibility links
Pulp Fiction Murdered Long Sentences Although the genre has acquired a trashy reputation, pulp fiction is full of language worth relishing, says Otto Penzler editor of The Black Lizard Big Book of Pulps. Magazines that sold for just a few cents in the '20s killed excessive prose and gave us the hard-boiled detective that continues to fill pop culture today. 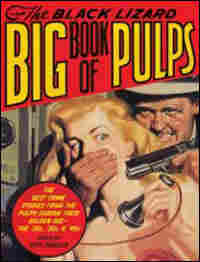 An excerpt from Charles G. Booth's Stag Party. Click to read the full story that launched a series about McFee of the Blue Shield Detective Agency. Courtesy of Vintage Books hide caption 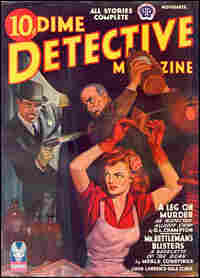 Dime Detective Magazine ran from November 1931 to August 1953. It was so popular in the early '30s that it increased publication from monthly to bimonthly. Keith Alan Deutsch, successor-in-interest to Popular Publications Inc. hide caption

The hard-boiled private detective was born on the pages of pulp magazines, amid beautiful dames, waiting to be saved.

Although the genre has acquired a trashy reputation, the language used to tie together the villains, heroic detectives and helpless "frails" (women) that characterize pulp fiction is worth relishing, Otto Penzler, a mystery publisher and owner of the Mysterious Bookshop in New York City, tells Renee Montagne.

"They just don't write it like that any more," says Penzler, who has compiled the best pulp crime stories of the '20s and '30s in The Black Lizard Big Book of Pulps.

Penzler credits a single man — Carroll John Daly — for creating the private eye as we know him.

Although Daly may not be a household name, he holds the most important place in pulp fiction history, according to Penzler.

"He created the hard-boiled private eye character," he says. "And he followed that with writing more than one story about the same character, so he created the first series about a detective."

The popularity of pulpwood magazines (so-called because they were made on cheap "pulpwood paper") soared following World War I, reaching their peak in the 1920s and '30s.

"I think it was really the beginning of a different kind of writing. The kind of writing in the world of literature that everyone had been familiar with was Henry James with long sentences, long paragraphs. And then Ernest Hemingway came along and Dashiell Hammett came along and they started to write short, quick, clipped sentences that didn't require lots and lots of description. The pulps provided the perfect springboard for that literary tone".

"But over her provocative beauty, lay a hard sophistication as brightly polished as a new nickel." (Stag Party by Charles G. Booth, 1933)

"On nights like that every booze party ends in a fight. Meek little wives feel the edge of the carving knife and study their husband's neck. Anything can happen." (Red Wind by Raymond Chandler, 1938)

The pulps painted an exciting black-and-white world where the villains were entirely bad and the heroes entirely brave, the men amazingly strong and the women utterly weak, Penzler says. And partly for this reason, for years they flew off the shelves into their predominately working-class male readers' hands. 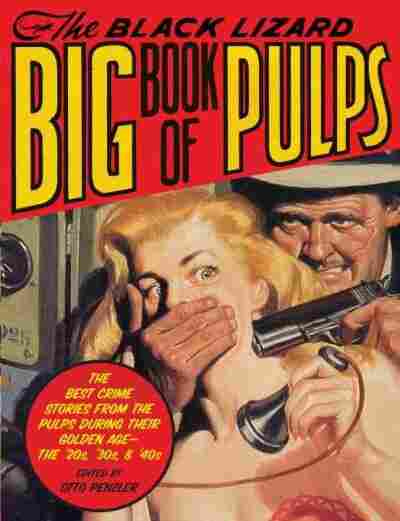