Accessibility links
Should We Accept Steroid Use in Sports? A panel of experts debates whether performance-enhancing drugs should be allowed in competitive sports. One group says efforts to ban drugs from sports is bound to fail. Another group contends drugs harm athletes and encourages abuse. It's the latest in the series Intelligence Squared U.S.

Should We Accept Steroid Use in Sports?

Should We Accept Steroid Use in Sports?

Fans hold up a sign during a 2004 game between the New York Mets and the San Francisco Giants. Giants slugger Barry Bonds has long been accused of steroid use. Al Bello/Getty Images hide caption 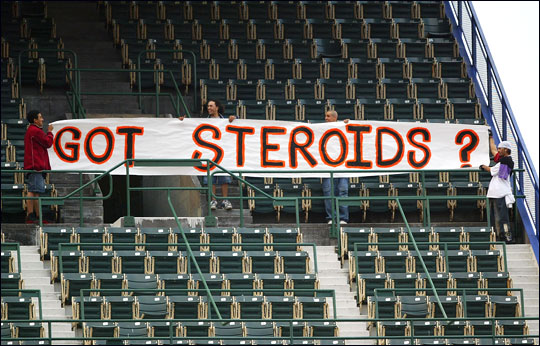 Fans hold up a sign during a 2004 game between the New York Mets and the San Francisco Giants. Giants slugger Barry Bonds has long been accused of steroid use.

The next debate, on the proposition "America Should Be the World's Policeman," takes place Feb. 12.

The debate over athletes' use of steroids and other performance-enhancing drugs has taken on newfound urgency in recent months.

A report by former Sen. George Mitchell, released in December, mentioned dozens of baseball players as having used steroids and described their use as "widespread." Track star Marion Jones pleaded guilty to lying to investigators about steroid use in October. And last summer, several riders were dismissed from the Tour de France on charges of using banned substances.

Those who oppose the use of steroids and other performance-enhancing drugs say that the athletes who use them are breaking the rules and getting an unfair advantage over others. Opponents of the drugs say the athletes are endangering not only their own health, but also indirectly encouraging youngsters to do the same.

Others maintain that it is hypocritical for society to encourage consumers to seek drugs to treat all sorts of ailments and conditions but to disdain drug use for sports. They say the risk to athletes has been overstated and that the effort to keep them from using performance-enhancing drugs is bound to fail.

Six experts on steroids and other performance-enhancing drugs recently took on the issue in an Oxford-style debate, part of the series Intelligence Squared U.S. The debates are modeled on a program begun in London in 2002: Three experts argue in favor of a proposition and three argue against.

In the latest debate, held on Jan. 15, the formal proposition was, "We should accept performance-enhancing drugs in competitive sports."

As the debate began, it was announced that former Olympics sprinter Ben Johnson, who was scheduled to argue in favor of allowing drugs, had pulled out on the advice of his lawyer because of his involvement in a lawsuit. Johnson was stripped of his gold medal in the 1988 Olympics after testing positive for steroids.

The event was held at the Asia Society and Museum in New York City and moderated by longtime sportscaster Bob Costas, who hosts NBCs Football Night in America and HBOs Inside the NFL. 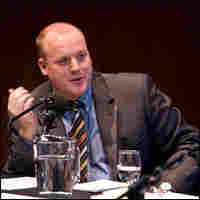 Radley Balko, a senior editor and investigative journalist for Reason magazine, says: "So what is this debate really all about? I'd suggest it's about paternalism, and it's about control. We have a full-blown moral panic on our hands here, and it's over a set of substances that, for whatever reason, has attracted the ire of the people who have made it their job to tell us what is and isn't good for us. Our society has an oddly schizophrenic relationship with pharmaceuticals and medical technology. If something could be said to be natural, we tend to be OK with it. If it's lab-made or synthetic, we tend to be leery. But even synthetic drugs and man-made technology seem to be OK if the aim is to make sick people better or broken people whole again." 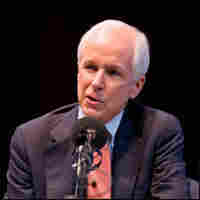 Norman Fost, professor of pediatrics and bioethics at the University of Wisconsin, says: "I ask you in the audience to quickly name, in your own minds, a single elite athlete who's had a stroke or a heart attack while playing sports. It's hard to come up with one. Anabolic steroids do have undesirable side effects: acne, baldness, voice changes ... infertility. But sport itself is far more dangerous, and we don't prohibit it. The number of deaths from playing professional football and college football are 50 to 100 times higher than even the wild exaggerations about steroids. More people have died playing baseball than have died of steroid use." 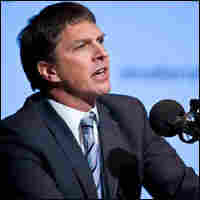 Julian Savulescu, professor of practical ethics at the University of Oxford, says: "To say that we should reduce drugs in sport or eliminate them because they increase performance, is simply like saying that we should eliminate alcohol from parties because it increases sociability. So our proposal is that we allow a modest approach. ... Our proposal is enforceable, it frees up the limited resources to focus on drugs that may be affecting children, which we grant should not have access to drugs ... As we've argued, performance enhancement is not against the spirit of sport, it's been a part of sport through its whole history, and to be human is to be better, or at least to try to be better." 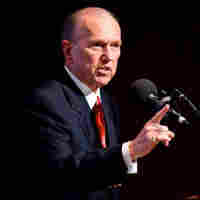 George Michael, a sportscaster and creator of the program Sports Machine, says: "I am not willing to pay the price for legalizing steroids and performance-enhancing drugs, because I've seen too often what it can do. I don't want to go to the cemetery and tell all the athletes who are dead there, 'Hey guys, soon you'll have a lot more of your friends coming, because we're going to legalize this stuff.' The only good news out of it? They wouldn't hear the news. Because they're all dead." 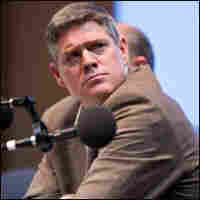 Dale Murphy, a former Major League Baseball outfielder who started the iWon't Cheat Foundation to help rid sports of drugs, says: "We need better testing, harsher punishments and people will decide not to get involved with performance-enhancing drugs. Gambling in baseball is the perfect example. The culture of professional baseball players is the one thing they know, and one thing they learn from the minute they sign a professional contract, is that if you gamble on the game in any way, shape or form, your career will be over." 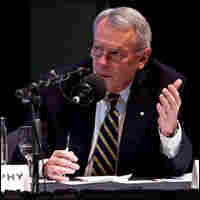 Richard Pound, chairman of the World Anti-Doping Agency and a partner in the Canadian law firm Stikeman Elliott, says: "The use of performance-enhancing drugs is not accidental; it is planned and deliberate with the sole objective of getting an unfair advantage. I don't want my kids, or your kids, or anybody's kids to have to turn themselves into chemical stockpiles just because there are cheaters out there who don't care what they promised when they started to participate. I don't want my kids in the hands of a coach who would encourage, condone or allow the use of drugs among his or her athletes."