Listen
Novelist Depicts a Nation's Birth in 'A Golden Age'

Novelist Depicts a Nation's Birth in 'A Golden Age' 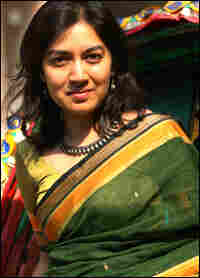 Born in Bangladesh, Tahmima Anam grew up in New York and Bangkok and now lives in London. Her debut novel, A Golden Age, is the first of a planned trilogy about her native country. Andrew Biraj hide caption

The Relationship Between Pakistan and Bangladesh

Using a Nina Simone Song in the Novel

The Resurgence of Religion in Bangladesh

The Difficulties in Writing the Book

Why Anam Wrote the Story as a Novel

"Most people who write novels for the first time write about their own experience," says Tahmima Anam, whose debut work, A Golden Age, tells the story not of her own life, but of the country where she was born. Set against the backdrop of Bangladesh's war of independence from Pakistan in 1971, the novel is about a widowed mother who steps beyond the tightly drawn confines of domesticity to take on a new identity as a nationalist.

"If you talk to people about the war," says Anam, who got her Ph.D. in social anthropology at Harvard and now lives in London, "it's as though it just happened yesterday and not 37 years ago." It was hearing the survivors' stories, she explains, that moved her to write the book. They "really touched my heart, and I thought about them all the time. And the only way that I thought I could convey something of what it might have been like to have lived through '71 was to write a novel." If fiction is done effectively, she adds, "you can really be transported."

Anam has apparently achieved at least part of her goal. The London Telegraph says A Golden Age "blossoms into a real page-turner, with a bravura, heart-stopping ending."

The novel is the first installment of a planned trilogy about Bengal. Anam is now working on book number two, set during the 1947 partition of India.

This reading of A Golden Age took place earlier this month at the Politics and Prose bookstore in Washington, D.C. 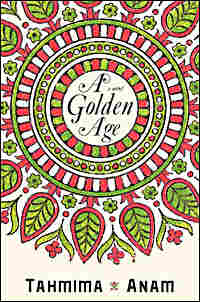 Every year, Rehana held a party at Road 5 to mark the day she had returned to Dhaka with the children. She saved her meat rations and made biryani. She rented chairs and called the jilapi-wallah to fry the hot, looping sweets in the garden. There was a red-and-yellow tent in case of rain, lemonade in case of heat, cucumber salad, spicy yoghurt. The guests were always the same: her neighbour Mrs Chowdhury and her daughter Silvi; her tenants, the Senguptas, and their son, Mithun; and Mrs Rahman and Mrs Akram, better known as the gin-rummy ladies.

She dipped her fingers into the rosebush, heavy with dew, and plucked a flower. She held it in her hand as she wandered through the rest of the garden, ducking between the wall-hugging jasmine and the hibiscus, crossing the tiny vegetable patch that was giving them the last of the season's cauliflower, zigzagging past the mango tree, the lemon tree, the shouting-green banana tree.

She looked up at the building that would slowly, over the course of the day, cast a long shadow over her little bungalow. Shona. She could still hear Mrs Chowdhury telling her to build the new house at the back of her property. 'Such a big plot,' she'd said, peering out of the window; 'you can't even see the boundary it's so far away. You don't need all that space.'

'What would I do with another house?'

Now there were two gates, two driveways, two houses. The new driveway was a narrow passage that opened into the back of Rehana's plot. On the plot stood the house she had built to save her children. It towered above the bungalow, its two whitewashed storeys overlooking the smaller house. Like the bungalow, it had been built with its back to the sun. The house was nearly ten years old now, and a little faded. Ten monsoons had softened its edges and drawn meandering, old-age seams into the walls. But every day, as Rehana woke for the dawn Azaan, or when she went to put the washing in the garden, or when, after bathing, she fanned out her long hair on the back of a veranda chair, Rehana looked at the house with pride and a little ache. It was there to remind her of what she had lost, and what she had won. And how much the victory had cost. That is why she had named it Shona, gold. It wasn't just because of what it had taken to build the house, but for all the precious things she wanted never to lose again.

Rehana turned back to the bungalow and entered the drawing room. She ran her palm across the flat fur of the velvet sofa, the dimpled wood of the dining table. The scratched, loved, faded whitewash of the veranda wall.

She unfurled her prayer mat, pointed it westwards and sank to her knees.

This was the start of the ritual: wake before sunrise, feel her way around the house; pray; wake the children.

They were not children any more. She had to keep reminding herself of this fact. At nineteen and seventeen, they were almost grown up. She clung greedily to the almost, but she knew it would not last long, this hovering, flirting with adulthood. Already they were beings apart, fast on their way to shedding the fierce, hungry mother-need.

Rehana lifted the mosquito net and nudged Maya's shoulder. 'Wake up, jaan,' she said. 'It's our anniversary!'

She went to Sohail's room and knocked, but he was already awake. 'For you,' she said, holding out the rose.

While the children took turns in the bath, Rehana ironed their new clothes. This year she had chosen an egg-blue sari for herself and a blue georgette with yellow polka dots for Maya. For Sohail there was a brown kurta-pyjama. She had embroidered the purple flowers on the collar herself.

'Ammoo,' Maya said, 'I have to go to campus after the party—I can't wear this.'

'I'm sure your activist friends won't mind if you don't wear white for one day.'

'You wouldn't understand,' she retorted, tucking the sari under her elbow anyway.

After they had all bathed and put on their new clothes, the children took turns touching Rehana's feet. 'God bless you,' she said, hugging them tightly, their strong, tanned arms around her neck almost beyond her imagination.

They were both taller than her. Maya had passed Rehana by a few inches, and Sohail was a full head and shoulders above them both; Rehana was often reminded of the moment she'd met Iqbal, hunched over the wedding dais, how he had towered over her like a thunder cloud. But in fact Sohail had grown to resemble Rehana. He was pale and had her small nose and her slightly crooked teeth; his hair was fashioned into a wave at the top of his head, the crest threatening to tip over his eyelids. Sometimes, like today, he wore kurta-pyjamas, but usually he was seen in more fashionable attire: tight, long-collared shirts and even tighter trousers that hung over his shoes and drew tracks in the dust.

It was Maya who looked more like her father. She had his chestnut skin and deep-set eyes that made her look serious even when she was trying to say something funny or make a joke—which rarely happened—but Rehana had often seen her friends pause and look at each other, wondering whether to laugh.

The foregoing is excerpted from A Golden Age, by Tahmima Anam. All rights reserved. No part of this book may be used or reproduced without written permission from HarperCollins Publishers, 10 East 53rd Street, New York, NY 10022. 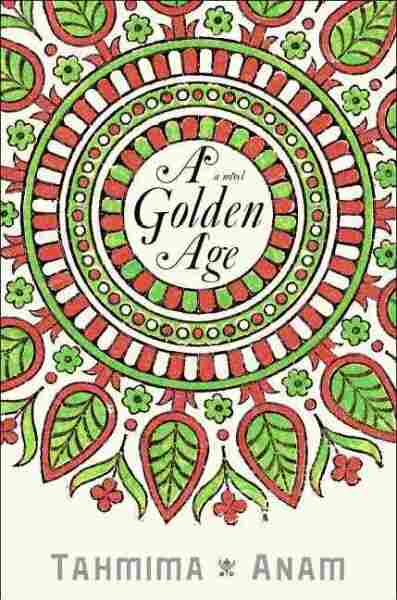