Accessibility links
Nat King Cole: 'The Singer' Nat King Cole emerged in the late 1930s as an elegant piano stylist and leader of his influential working trio. But his greatest fame began when he took up a microphone to sing, and soon became a consummate and world-renowned entertainer. 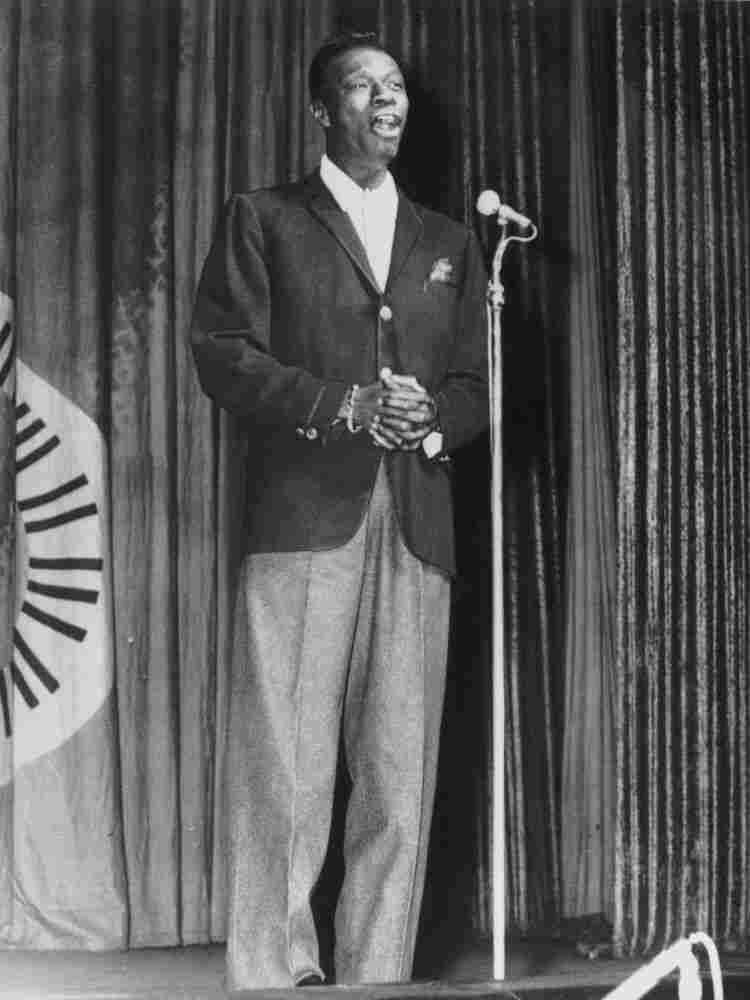 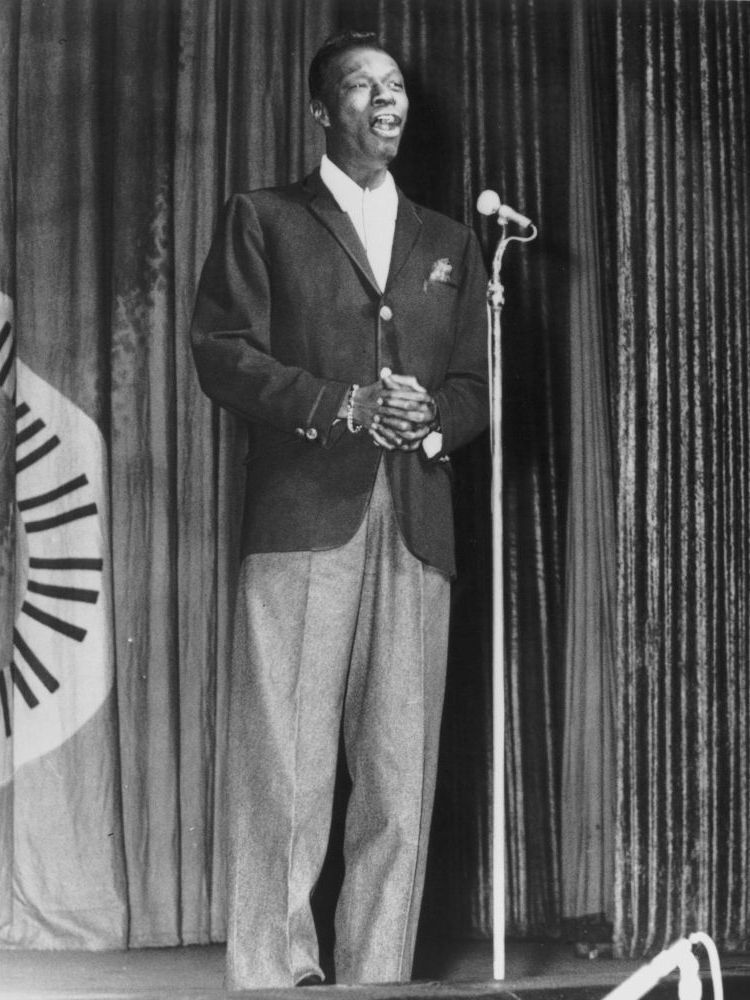 Nat King Cole is surely one of America's most beloved cultural icons. Beginning in the late 1930s, his elegant piano style defined the jazz-piano trio and brought jazz itself to a wider audience. But when he took up a microphone to sing, Cole set a standard that made him a consummate and world-famous entertainer.

In the mid-1940s, as Cole's trio evolved, his supple voice became an increasingly important ingredient in the ensemble's success. The trio's personnel was also changing, as guitarist Irving Ashby replaced Oscar Moore in 1947 and bassist Joe Comfort replaced Johnny Miller the following year. With the addition of bongo player Jack Constanzo, the ensemble placed an even stronger focus on the rhythmic intricacies of the music. During this time, the group began recording a string of pop-jazz vocal classics, including 1948's "Nature Boy" and 1949's "Yes Sir, That's My Baby."

As Cole's popularity as a vocalist continued to rise, he also began working with some of the top arrangers of the day. These collaborations usually featured Cole with orchestral strings and woodwinds.

Cole's records with strings often yielded big sales for Capitol Records. Many other jazz musicians despised record companies for forcing them to use strings as marketing sweeteners, but Capitol never forced them on Cole. The label and the artist agreed that string arrangements were right for the music. Cole's 1946 rendition of "The Christmas Song," by Robert Wells and Mel Torme, exemplifies the magical marriage between Cole's glowing voice and Charlie Grean's lush string arrangement.

Although Nat King Cole the vocalist soon became an American pop icon, his nimble singing clearly betrayed his jazz sensibilities, especially in his rhythmic flexibility. But for all of his technical dexterity, he was a superb balladeer, paying close attention to the lyrics while keeping the melody simple. His bewitching rendition of the Hoagy Carmichael/Mitchell Parish classic "Stardust" provides just one example of Nat's sublime instinct for ballads.

Cole's groundbreaking popularity also helped create opportunities for other black artists, but his success didn't shield him from the industry's pervasive racism. Though he was a top-billing star in Las Vegas, he still wasn't allowed to stay at certain hotels or visit certain casinos. Eventually, he used his growing celebrity to fight the city's system by seeking legal action against the hotels and clubs that barred him and members of his group.

In 1956, Cole became one of the first blacks to host his own television show, The Nat King Cole Show, which aired on NBC from November 1956 until December 1957. Although his television program had a modest production budget, the variety show often featured star performers such as Sammy Davis Jr., Harry Belafonte, Ella Fitzgerald, Eartha Kitt, and Peggy Lee.

The Nat King Cole Show garnered critical acclaim but suffered from a lack of national sponsors, who were wary of a show hosted by a black entertainer. The show ended just shy of 14 months after its debut.

Despite Cole's enormous success as a vocalist, he never left the piano behind. In 1956, he revisited the small-ensemble setting with the album After Midnight, which featured guest soloists including alto saxophonist Willie Smith, trumpeter Harry "Sweets" Edison, and violinist Stuff Smith.

In 1965, Cole died of lung cancer at age 47. During his short life, he covered a tremendous amount of ground as an innovative jazz pianist and vocalist, as well as a radio and television personality. His artistic accomplishments continue to provide a benchmark for pop and jazz musicians to this day.