Accessibility links
Should America Be the World's Policeman? Should the United States, with its enormous military might, act as a global sheriff, policing the worlds trouble spots? A panel of experts debates America's responsibilities abroad and at home in the latest in the Intelligence Squared U.S. series.

Should America Be the World's Policeman?

Should America Be the World's Policeman? 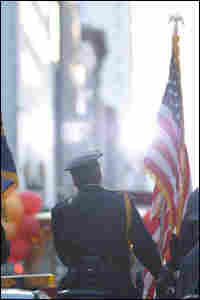 Should the U.S., with its enormous military might, act as a global policeman? Klaus Larsen/iStockphoto hide caption

When the Soviet Union collapsed in 1991, the United States became the world's sole superpower. At the time, some commentators foresaw "the end of history." Democracy and peace, they predicted, would sweep across the globe. It didn't turn out that way, of course, and some say that's because the U.S. is shirking its responsibilities.

Should the U.S., with its enormous military might, act as a global sheriff, policing the world's trouble spots?

That question was posed recently to a panel of experts in an Oxford-style debate, part of the series Intelligence Squared U.S. The debates are modeled on a program begun in London in 2002: They are lively and, at times, contentious.

In the latest debate, held on Feb. 12, the formal proposition was: "America Should Be the World's Policeman." The debate was held at Asia Society and Museum in New York City and moderated by Morley Safer, correspondent for CBS' 60 Minutes. Three experts argued in favor of the proposition and three argued against.

In a vote before the debate, 24 percent of audience members voted for the resolution, 44 percent against and a sizable 32 percent were undecided. By the end of the evening, considerably more people had shifted in favor of the motion, though the final vote was very close: 47 percent of the audience favored the proposition that "America Should Be the World's Policeman" and 48 percent opposed it. (Five percent remained undecided.) 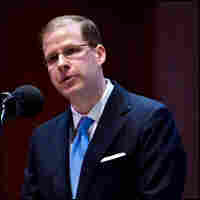 Max Boot, a fellow in national security studies at the Council on Foreign Relations, says: "As long as evil exists, someone will have to protect peaceful people from predators. The international system is no different in this regard from your own neighborhood, except that predators abroad are far more dangerous than ordinary robbers, rapists and murderers. ... Without an effective police force, the world community would fall apart faster, and more completely, than New York City did in the 1970s. ... On balance, the NYPD still does far more good than harm, and so does the United States of America. In fact, America has been the greatest force for good in the world in the past century. Just think of what happened when we did not act as globo-cop." 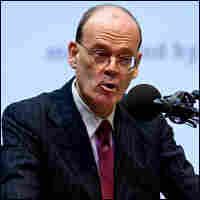 Michael Mandelbaum, professor of American foreign policy at the Johns Hopkins University School of Advanced International Studies, says: "The international society needs governance and the United States provides it. The United States provides to other countries some, although not all, of the services that governments provide within the countries that they govern. ... The United States is not present everywhere and doesn't act perfectly... but neither does any police force. Every police force is subject to criticism, legitimate criticism. But criticizing a police force is not the same thing as arguing that there should not be one." 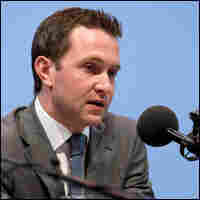 Douglas Murray, director of the Center for Social Cohesion, says: "When we talk about the world's policeman, a lot of people summon up the idea of force, and that you have the right to do it because you're powerful. I don't think that is what the reason is, that America has the right to be and should continue to be, as it currently is, the world's policeman. It's not your force as a nation which I think allows you that right; it's America's virtues that allow it that right. ... But, to clear up some of the mistakes from the other side already, just because you're the world's policeman doesn't mean you don't have allies. It doesn't mean you don't have friends and others who will do the job, who'll join you in the job." 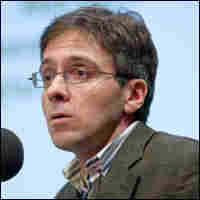 Ian Bremmer, president and founder of the Eurasia Group, says: "I don't think we have the political will in this country, I don't think we have the political capital in this country, and I think trying to argue that we do risks a growth of anti-Americanism abroad. But more importantly and more dangerously, it risks a rise of protectionism in the United States; it risks a rise of neo-isolationism in the United States. Look at the Pew polls; look at how Americans increasingly feel about support for free trade. ... Part of the reason they don't, I suspect, is because folks in the Ninth Ward in New Orleans don't feel like they're doing as well as they should. And they don't necessary like the idea of giving billions of dollars in aid after a tsunami in Indonesia when we can't build our own homes in New Orleans." 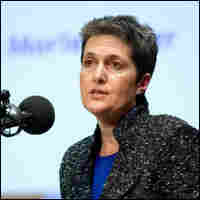 Ellen Laipson, president and CEO of the Henry L. Stimson Center, says: "If we step up to the role of the world's policeman, we would be committing to act and to put our soldiers and police and our citizens in harm's way where U.S. interests may be very modest. Do we want to assume responsibility to go anywhere, anytime? ... Are we capable of doing the job? Can we be the beat cop...? Do we know the neighborhood? Do we speak the language? Do we know the culture so that we can diffuse conflict before it breaks into violence? I'm not so sure about that." 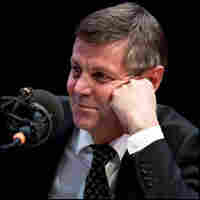