Accessibility links
Zoot Sims: 'Brother' of Swing From the start, the tenor saxophonist fashioned his seemingly effortless sound from the music of early sax masters, then refined that sound through years of playing with some of jazz's greatest bandleaders and soloists. 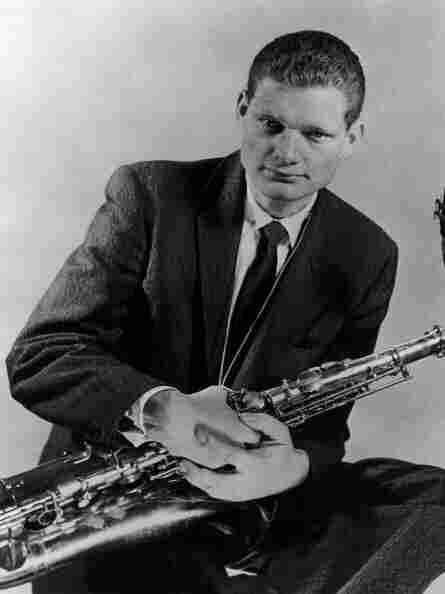 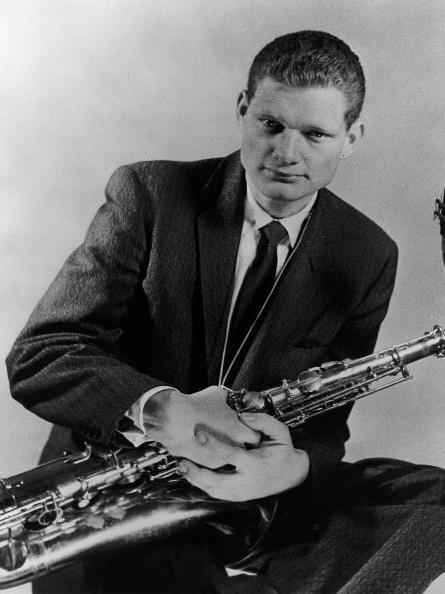 Starting in his youth, saxophonist Zoot Sims fashioned his seemingly effortless sound from the music of early masters Lester Young and Ben Webster. Playing alongside some of jazz's great bandleaders, accompanists and soloists — and eventually as a leader himself — Sims then refined that sound over a long and productive career. Never a musician to chase trends, he always kept two classic jazz principles in mind: Always play with indomitable swing, and have faith in the infinite variety to be gleaned from a familiar set of chord changes.

Born John Haley Sims, in 1925, Zoot grew up in California as the youngest child in a family of vaudeville performers. Before long, Sims took up the only instrument left in the house, a curved clarinet. His interest in jazz was sparked when he explored his older brother's record collection, which included recordings featuring Ben Webster and Lester Young. The recordings had such an impact that within two years Zoot hit the road, performing with the big bands of Bobby Sherwood and Ken Baker.

Sims' signature sound formed in the early 1940s, when he surfaced in Los Angeles' fertile Central Avenue scene. Clarinetist and bandleader Benny Goodman discovered him and immediately recruited him for his band. In 1947 Sims landed an even higher profile gig when he joined Woody Herman's famed Second Herd, along with fellow saxophonists Stan Getz, Herbie Steward and Serge Chaloff. Together, the quartet of sax players was known as the Four Brothers, after a Jimmy Giuffre composition written for them, and became famous for their deft unison lines and the novelty of their dark, sweet sound.

After leaving the Herd and turning up in New York, Sims went through a period of freelancing and unsteady work. In 1953 he joined the Stan Kenton band, which provided a regular paycheck. But the band's music — emphasizing tightly-knit group passages that allowed for only short solos — and Kenton's stern, top-down leadership didn't mesh well with the easygoing, yet musically hard-driving Sims. He didn't stay long with the band, quitting on the spot after their bus wrecked along a Pennsylvania highway.

Zoot retreated to California, but he found few performing opportunities and wound up working as a house painter. Baritone saxophonist Gerry Mulligan rescued Sims from his day job when he invited Zoot to help expand his well-known, pianoless quartet. As trombonist and band member Bob Brookmeyer remembers, Sims and Mulligan were "connected by the bone" as both players and improvisers.

In the mid and late '50s, buoyed by his success with Mulligan, Zoot would release many recordings as a leader — 10 in 1956 alone. Nevertheless, he remained a great collaborator and team player, and he inevitably returned to winning partnerships. In 1957, Zoot hooked up with an old friend, tenorman Al Cohn. Together, they formed perhaps the most successful partnership of Zoot's career, co-leading an ensemble for many years.

Later in his career, Sims continued to evolve as a player. According to saxophonist and composer Bill Holman, Zoot's tone aged and became gruffer, and he expanded his repertoire thanks to the influence of pianist Jimmy Rowles. But he never gave up on what many consider his greatest asset: his incredible sense of swing. "No matter what he played, it was perfectly in time," said saxophonist Harry Allen. "If you were making your own perfect saxophone player up in your head, that's where you'd put the notes. And [Sims] managed to do that without fail."

By the early '80s, a weakened liver forced Sims to quit drinking. His health improved at first, but he soon learned that he had cancer. "If I can't play, then what can I do?" he asked bassist Red Mitchell in an interview only a few months before he died. Zoot Sims continued to perform up until his death in 1985, and he never lost touch with the swing that had always enlivened his playing.