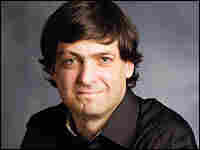 Dan Ariely says that we are creatures of impulse, who waste money, underestimate risks and procrastinate. Duke Photography hide caption

A lot of people cheated a little bit

What decreases the cheating impulse?

What increases the cheating impulse?

The herding model in economics

How did Starbucks convince people to pay five times more for coffee?

Behavioral economist Dan Ariely was an 18-year-old soldier in the Israeli Army when a magnesium flare he was standing near exploded, leaving him with third-degree burns on seventy percent of his body. Ariely's painful, three-year rehabilitation in a hospital burn unit left him feeing like an outsider.

"I started looking at everything as strange," he told the National Post earlier this month. "Why do we hold glasses like this? Why do we give people compliments? Everything was all of a sudden strange. I felt as if I was like a little alien coming and looking at things in a new perspective, and not understanding."

Eventually, that puzzle became a pursuit that would guide Ariely's academic life at MIT and other American universities.

Ariely's new book, Predictably Irrational: The Hidden Forces That Shape Our Decisions, examines the dramatic difference between real-life decision making and decision making as economists conceive of it.

According to Dan Ariely, classic economic models assume that people act rationally, in their own best interests. Ariely begs to differ. He says we're creatures of impulse, who waste money, underestimate risks and procrastinate.

Ariely hopes his studies — which cover everything from all-you-can-eat buffets to unprotected sex — will teach us how to overcome, or at least avoid, misguided impulses.

This reading of Predictably Irrational: The Hidden Forces That Shape Our Decisions was recorded in February 2008 at the Politics and Prose bookstore in Washington DC. 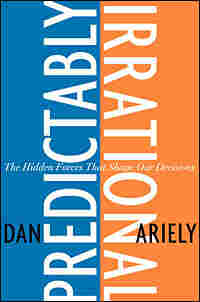 So we live in two worlds: one characterized by social exchanges and the other characterized by market exchanges. And we apply different norms to these two kinds of relationships. Moreover, introducing market norms into social exchanges, as we have seen, violates the social norms and hurts the relationships. Once this type of mistake has been committed, recovering a social relationship is difficult. Once you've offered to pay for the delightful Thanksgiving dinner, your mother-in-law will remember the incident for years to come. And if you've ever offered a potential romantic partner the chance to cut to the chase, split the cost of the courting process, and simply go to bed, the odds are that you will have wrecked the romance forever.

My good friends Uri Gneezy (a professor at the University of California at San Diego) and Aldo Rustichini (a professor at the University of Minnesota) provided a very clever test of the long-term effects of a switch from social to market norms. A few years ago, they studied a day care center in Israel to determine whether imposing a fine on parents who arrived late to pick up their children was a useful deterrent. Uri and Aldo concluded that the fine didn't work well, and in fact it had long-term negative effects. Why? Before the fine was introduced, the teachers and parents had a social contract, with social norms about being late. Thus, if parents were late — as they occasionally were — they felt guilty about it — and their guilt compelled them to be more prompt in picking up their kids in the future. (In Israel, guilt seems to be an effective way to get compliance.) But once the fine was imposed, the day care center had inadvertently replaced the social norms with market norms. Now that the parents were paying for their tardiness, they interpreted the situation in terms of market norms. In other words, since they were being fined, they could decide for themselves whether to be late or not, and they frequently chose to be late. Needless to say, this was not what the day care center intended.

But the real story only started here. The most interesting part occurred a few weeks later, when the day care center removed the fine. Now the center was back to the social norm. Would the parents also return to the social norm? Would their guilt return as well? Not at all. Once the fine was removed, the behavior of the parents didn't change. They continued to pick up their kids late. In fact, when the fine was removed, there was a slight increase in the number of tardy pickups (after all, both the social norms and the fine had been removed).

This experiment illustrates an unfortunate fact: when a social norm collides with a market norm, the social norm goes away for a long time. In other words, social relationships are not easy to reestablish. Once the bloom is off the rose — once a social norm is trumped by a market norm — it will rarely return.

The fact that we live in both the social world and the market world has many implications for our personal lives. From time to time, we all need someone to help us move something, or to watch our kids for a few hours, or to take in our mail when we're out of town. What's the best way to motivate our friends and neighbors to help us? Would cash do it — a gift, perhaps? How much? Or nothing at all? This social dance, as I'm sure you know, isn't easy to figure out — especially when there's a risk of pushing a relationship into the realm of a market exchange.

Here are some answers. Asking a friend to help move a large piece of furniture or a few boxes is fine. But asking a friend to help move a lot of boxes or furniture is not — especially if the friend is working side by side with movers who are getting paid for the same task. In this case, your friend might begin to feel that he's being used. Similarly, asking your neighbor (who happens to be a lawyer) to bring in your mail while you're on vacation is fine. But asking him to spend the same amount of time preparing a rental contract for you — free — is not. 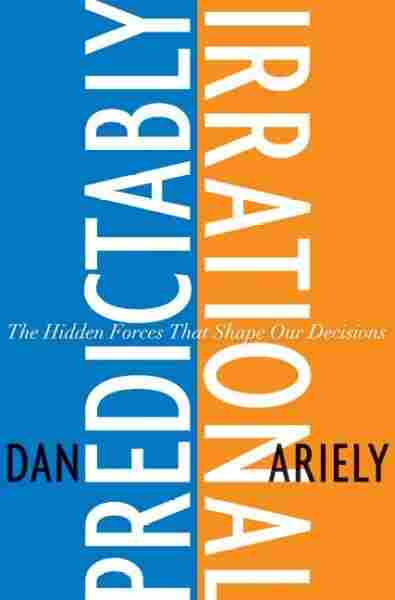