Elif Shafak reads from 'The Bastard of Istanbul'

Turkish Immersion in 'The Bastard of Istanbul'

Turkish Immersion in 'The Bastard of Istanbul'

Elif Shafak reads from 'The Bastard of Istanbul' 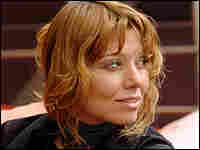 Elif Shafak's new novel, The Bastard of Istanbul is steeped in the sights, colors and smells of Turkey's capital. Ergun Candemir hide caption

A different person in each language

"I do not believe in heroes"

"Why did I start writing this book?"

Two years ago, Turkish author Elif Shafak was tried for, and subsequently acquitted of, the crime of "insulting Turkishness." It's a charge that has been leveled against dozens of Turkish authors, and it's made some of them, including Shafak and Nobel winner Orhan Pamuk, minor celebrities in the West.

But Shafak, who grew up internationally as the daughter of a single mother employed by Turkish embassies all over the world, is also a bestselling author in Turkey.

Her novel, The Bastard of Istanbul, is steeped in the sights, colors and smells of Turkey's capital, and it grapples with the dark legacies of the country's Armenian genocide.

But it's also a tender and spirited novel about women, including the title character, a headstrong Turkish teenage girl who adores Johnny Cash; her mother, a sexy matriarch who runs a tattoo parlor; and the Armenian-American woman with whom they share old blood.

This is Shafak's sixth novel, and her second book written first in English. Shafak told the London Independent newspaper last year, "If it's sadness I'm dealing with, I prefer Turkish; for humor, I prefer English."

This reading of The Bastard of Istanbul was recorded in February 2008 at the Politics and Prose bookstore in Washington.

Excerpt: 'The Bastard of Istanbul' 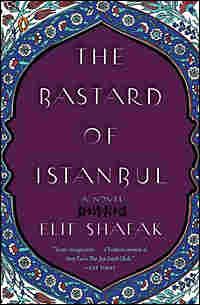 Armanoush Tchakhmakhchian watched the cashier at A Clean Well-Lighted Place for Books pile the twelve novels she had just purchased one by one into a canvas backpack while they waited for her credit card to be processed. When finally given the receipt, she signed the paper, trying to avoid looking at the total. Once again she had spent all her monthly savings on books! She was a true bookworm, not a promising feature at all given that it had zero value in the eyes of boys and thus served to only further upset her mother about the prospects of her getting married to a moneyed husband. Just this morning on the phone her mother had made her promise not to whisper a word about novels when she went out tonight. Armanoush felt a surge of angst rise in her stomach as she though about her upcoming date. After a year of not going out with anyone—a solemn tribute to her twenty-one years of chronic singleness marked with disastrous pseudodates—finally today Armanoush Tchakhmakhchian was going to give love a try again.

If her passion for books had been one fundamental reason behind her recurring inability to sustain a standard relationship with her opposite sex, there were two additional factors that had fanned the flames of her failure. First and foremost, Armanoush was beautiful—too beautiful. With a well-proportioned body, delicate face, dark blond, wavy hair, huge gray blue eyes and a sharp nose with a slight ridge that might seem a defect on others but on her only added an air of self-confidence, her physical attractiveness when combined with her brains intimidated young men. Not that they preferred ugly women, or that they had no appreciation for intelligence. But they didn't quite know where exactly to pigeonhole her: among the group of women they were dying to sleep with (the darlings), or among the group they sought advice from (the buddies), or among the group they wished to marry eventually (the fiancée types). Since she was sublime enough to be all at once, she ended up being none.

The second factor was far more complicated but equally beyond her control: her relatives. The Tchakhmakhchian family in San Francisco and her mother in Arizona had antagonistically different views when it came to the question of who would be the right man for Armanoush. Since she had been spending almost five months here (summer vacation, spring break, and frequent visits over the weekends) and the remaining seven months in Arizona almost every year since she was a toddler, Armanoush had had the chance to learn firsthand what each side expected from her and how utterly irreconcilable those expectations were. Whatever made one side happy was bound to distress the other. In order not to upset anyone, Armanoush had tried to date Armenian boys in San Francisco and anyone but them when she was in Arizona. But fate must have been pulling her leg, because in San Francisco she had been attracted only to non-Armenians, whereas all three of the young men she had had a crush on while in Arizona turned out to be Armenian Americans, much to her mother's disappointment.

Lugging her anxieties together with the heavy backpack, she crossed Opera Plaza while the wind whistled and wailed uncanny tunes to her ears. She caught sight of a young couple inside Max's Opera Cafe who were either disappointed with the piled-high corned beef sandwiches in front of them, or else had just had a quarrel. Thank God I'm single, Armanoush half jokingly thought to herself before she turned toward Turk Street. Years ago when she was still in her teens, Armanoush had shown the city to an Armenian American girl from New York. Upon reaching this street the girl's face had crumpled. "Turk Street! Aren't they everywhere?"

Armanoush recalled her own surprise at the girl's reaction. She had tried to explain to her that the street was named after Frank Turk, an attorney who had served as second alcalde and was important in the city's history.

"Whatever." Her friend had broken off the lecture, showing not too much interest in urban history. "All the same, aren't they everywhere?"

Yes indeed, they were everywhere, so much so that one of them was married to her mom. But this last bit of information Armanoush had kept to herself.

She avoided talking about her stepfather with her Armenian friends. She did not talk about him with non-Armenians either. Not even with those who had absolutely no interest in life outside of their own and therefore couldn't care less about the history of the Armenian-Turkish conflict. All the same, wise enough to know that secrets could spread quicker than dust in the wind, Armanoush maintained her silence. When you didn't tell anyone the extraordinary, everyone assumed the normal, Armanoush discovered at an early age. Since her mother was an odar, what could have been more normal for than to get married to another odar? This being the general assumption on the part of her friends, Armanoush's stepfather was thought to be an American, presumably from the Midwest.

On Turk Street she passed by a gay-friendly bed-and-breakfast, a Middle Eastern grocery store, and a small Thai market, and she strolled next to pedestrians from all walks of life until she finally got on the trolley to Russian Hill. Leaning her forehead on the dusty window, she reflected on the "other I" in Borges's Labryinths as she watched the wispy fog drift up off the horizon. Armanoush too had another self, one that she kept at bay no matter where she went.

Reprinted by arrangement with Penguin a member of Penguin Group (USA) Inc., from The Bastard of Istanbul by Elif Shafak. Copyright © 2007 by Penguin 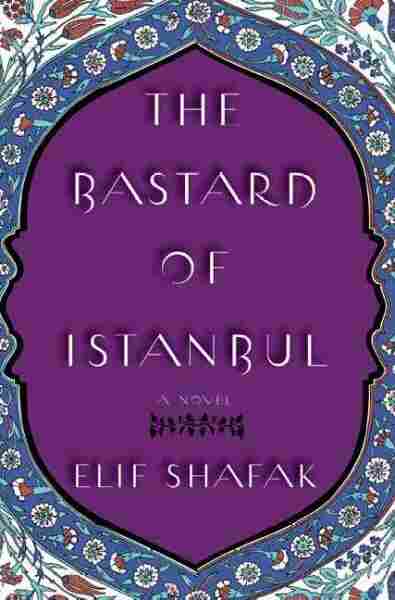 The Bastard of Istanbul