Accessibility links
'Knockemstiff' Writer Pulls No Punches In Donald Ray Pollock's first book — named after a real town in southern Ohio — characters are unloveable and raunchy — but compelling. Pollack's novel comes after a long career as a factory worker, where he dreamed of being a writer. 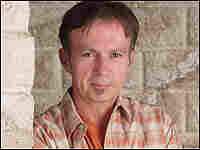 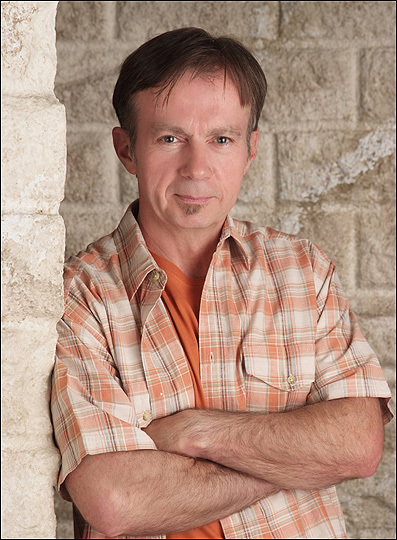 Author Donald Ray Pollock worked in a paper factory for 32 years before he wrote his first book.

In Knockemstiff — named for the southern Ohio town where Pollock grew up — characters beat each other out of boredom, drink to oblivion, soil themselves and assault their neighbors. The raunchy collection of 18 stories spans more than 30 years of violence, failure, depravity and stagnation in a town where residents "live pretty trapped lives," Pollock says.

He tells Scott Simon that the people he grew up with in Knockemstiff, Ohio, weren't nearly as colorful as the pitiful characters that come to life on his pages. It was his experience as a blue-collar worker, Pollock says, that inspired and shaped his narratives. He spent time in a meatpacking plant and then worked at a paper mill for 32 years, married three times, was in rehab four times and finally left his job at the mill to become a writer.

Though he always loved reading and writing, Pollock says, he never had the discipline for the writer's life until he was 45.

"I always read a lot — growing up there weren't a lot of books in the home. By the time I was a freshman in high school I had read everything we had in the small library in school. But I never really had the discipline or wherewithal to try," he says.

Pollock eventually dedicated five years to writing stories that frequently came to him as he drove a truck for the paper factory. Once he found a voice in his head, writing his gritty stories came easily, Pollock says. His prose pulls no punches, and several of his sad townsfolk appear in more than one story.

Pollack acknowledges that it's hard to feel much love for the degenerate residents of Knockemstiff, but at the same time he says it's "not outrageous to think there are people like that in the world." 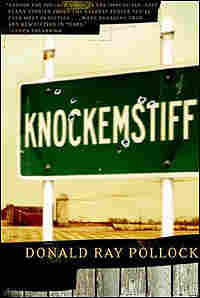 My father showed me how to hurt a man one August night at the Torch Drive-in when I was seven years old. It was the only thing he was ever any good at. This was years ago, back when the outdoor movie experience was still a big deal in southern Ohio. Godzilla was playing, along with some sorry-ass flying saucer movie that showed how pie pans could take over the world.

It was hotter than a fat lady's box that evening, and by the time the cartoon began playing on the big plywood screen, the old man was miserable. He kept bitching about the heat, sopping the sweat off his head with a brown paper bag. Ross County hadn't had any rain in two months. Every morning my mother turned the kitchen radio to KB98 and listened to Miss Sally Flowers pray for a thunderstorm. Then she'd go outside and stare at the empty white sky that hung over the holler like a sheet. Sometimes I still think about her standing in that brittle brown grass, stretching her neck in hopes of seeing just one lousy dark cloud.

"Hey, Vernon, watch this," she said that night. Ever since we'd parked, she'd been trying to show the old man that she could stick a hotdog down her throat without messing up her shiny lipstick. You've got to understand, my mother hadn't been out of Knockemstiff all summer. Just seeing a couple of red lights had made her all goosey. But every time she gagged on that wiener, the ropy muscles in the back of my old man's neck twisted a little tighter, made it seem as if his head was going to pop off any second. My older sister, Jeanette, had used her head and played sick all day, then talked them into letting her stay at a neighbor's house. So there I was, stuck in the backseat by myself, chewing the skin off my fingers, and hoping Mom wouldn't piss him off too much before Godzilla stomped the guts out of Tokyo.

But really, it was already too late. Mom had forgotten to pack the old man's special cup, and so everything was shot in the ass as far as he was concerned. He couldn't even muster a chuckle for Popeye, let alone get excited about his wife doing tricks with a wrinkled-up Oscar Myer. Besides, my old man hated movies. "Screw a bunch of make-believe," he'd say whenever someone mentioned seeing the latest John Wayne or Robert Mitchum. "What the hell's wrong with real life?" He'd only agreed to the drive-in in the first place because of all the hell Mom had raised about his new car, a 1965 Impala he'd brought home the night before.

It was the third set of wheels in a year. We lived on soup beans and fried bread, but drove around Knockemstiff like rich people. Just that morning, I'd heard my mother get on the phone and rag to her sister, the one that lived in town. "The sonofabitch is crazy, Margie," she said. "We couldn't even pay the electric bill last month." I was sitting in front of the dead TV, watching watery blood trickle down her pale calves. She'd tried to shave them with the old man's straight razor, but her legs were like sticks of butter. A black fly kept buzzing around her bony ankles, dodging her mad slaps. "I mean it, Marge," she said into the black mouthpiece, "I'd be outa this hellhole in a minute if it wasn't for these kids."

As soon as Godzilla started, the old man pulled the ashtray out of the dash and poured a drink in it from his bottle. "Good Lord, Vernon," my mom said. She was holding the hotdog in mid-air, getting ready to have another go at it.

"Hey, I told you, I ain't drinkin' from no bottle. You start that shit, you end up a goddamn wino." He took a slug from the ashtray, then gagged and spit a soggy cigarette butt out the window. He'd been at it since noon, showing off the new ride to his good-time buddies. There was already a dent in one of the side panels.

After a couple more sips from the ashtray, the old man jerked the door open and swung his skinny legs out. Puke sprayed from his mouth, soaking the cuffs of his blue work pants with Old Granddad. The station wagon next to us started up and moved to another spot down the row. He kept his head down between his legs for a minute or two, then rose up and wiped his chin with the back of his hand. "Bobby," he said to me, "one more of your mama's greasy taters and they'll be plantin' your old daddy." My old man didn't eat enough to keep a rat alive, but anytime he threw up his whiskey, he blamed it on Mom's cooking.

Mom gave up, wrapped the hotdog in a napkin and handed it back to me. "Remember, Vernon," she warned, "you gotta drive us home."

Copyright 2008 by Donald Ray Pollock. Reprinted with permission of the publisher, Doubleday. 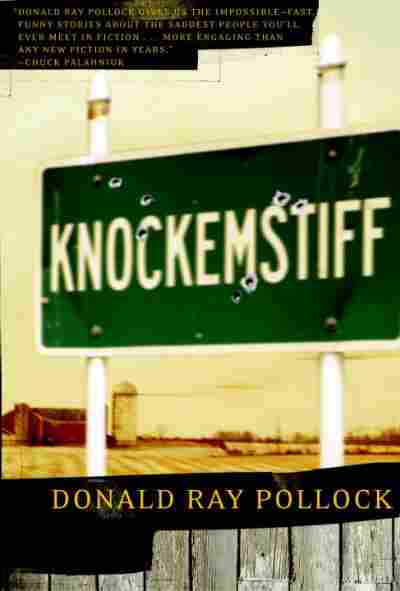