Accessibility links
Death Cab's Chris Walla Gets to 'Sing Again' "Sing Again," from Death Cab for Cutie guitarist Chris Walla, is two and a half minutes of pop pleasure. 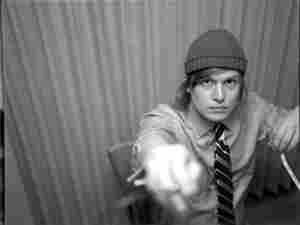 Solo albums are sometimes great repositories of weirdness, places where band members can showcase all the random effluvia deemed too experimental for their day jobs (see: Greenwood, Jonny).

Or not: Field Manual, the solo debut from Death Cab for Cutie guitarist Chris Walla, is a fine, bracingly conventional offering. Walla, who takes a subsidiary role in Death Cab, sings and writes and plays most every instrument here, but nevertheless doesn't venture far from the mothership; Field Manual sounds less like a declaration of independence than a Death Cab album that the other members forgot to show up for.

Its lead single, "Sing Again," is two and a half minutes of pop pleasure, a bass-propelled brand extension stacked with harmonies, gratuitous helicopter noises, and an unmercifully catchy chorus. The words hint at a darker purpose ("A life packed full of mindless joy / It is not easy to enjoy"), but pay them no mind. "Sing Again" wants only to please: It's like Ben Folds Five mixed with Sugar mixed with puppies.