Accessibility links
Charles Mingus: 'Fables of Bass,' Part 2 By 1956, Mingus was known as an exceptional bass player and a budding composer. The ferocious burst of creative energy yet to come established him as one of the greatest minds in jazz history. 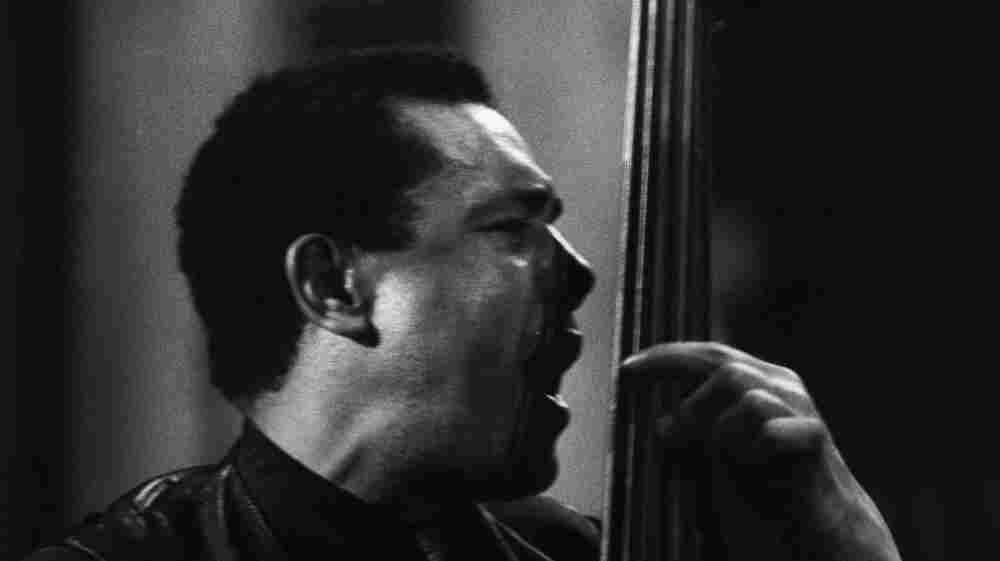 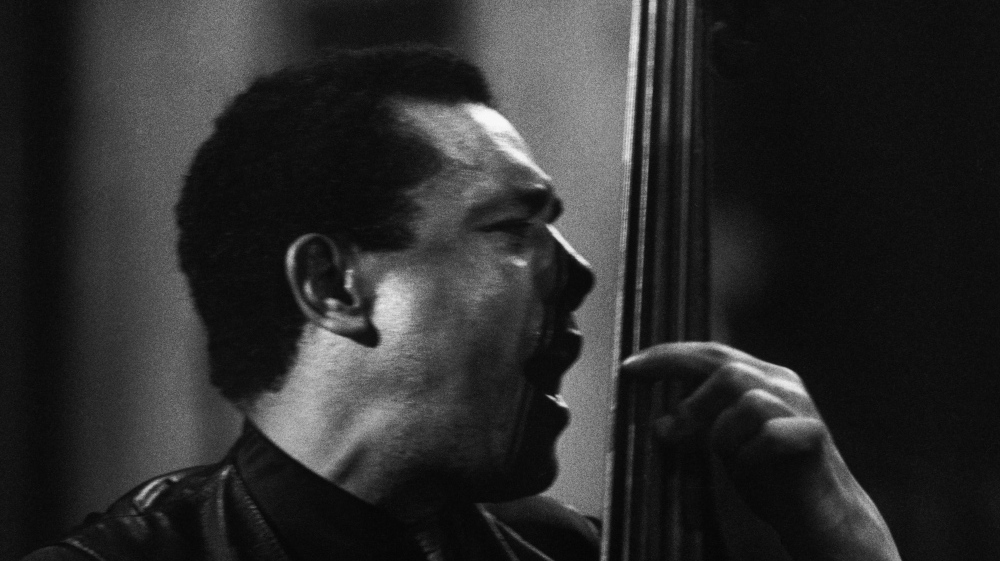 By 1956, Charles Mingus was already known as an exceptional bass player and a budding composer. He came out of Los Angeles having honed his technique with early jazz and big band pioneers, and made his name in New York as a sideman to bebop giants. But the ferocious burst of creative energy that came next established him as one of the greatest minds in jazz.

With the 1956 release of his 10-minute tone poem "Pithecanthropus Erectus," Charles Mingus signaled his arrival as a serious composer and a provocative bandleader. In succeeding years, he fashioned a body of work to rival Duke Ellington and Thelonious Monk in rhythmic and structural originality. Like Ellington, Mingus constantly developed new works, and designed music around the unique strengths of the musicians in his ensembles. At times, he left parts of his compositions unscripted, counting on bandstand inspiration.

Mingus' relationship with musicians was generally amicable, but he pushed his musicians emotionally as well as musically. He had a notoriously fiery temper, which often ignited confrontations with audiences, journalists, record label employees and his own bands. Saxophonist Jackie McLean recalls being punched in the mouth after giving Mingus his two weeks' notice to quit the band, and trombonist Jimmy Knepper also remembers losing a front tooth on the receiving end of Mingus' fist.

Always outspoken, Mingus sometimes titled his songs in ways that reflected his views on politics and racism: "Fables of Faubus," "Free Cell Block F, "Tis Nazi U.S.A.," "Meditations on Integration" and "Oh Lord, Don't Let Them Drop That Atom Bomb On Me." He wrote most of his pieces at the keyboard, and once revealed that he had always wanted to be a pianist.

In the early 1960s, the strain of frequent, intense music-making got to him, and he was admitted to a mental institution, where he wrote part of his semi-autobiographical memoir Beneath The Underdog. Still, he never stopped writing music and, shortly after he got out, he released The Black Saint and the Sinner Lady, an album Mingus considered to be his best.

From the mid-'60s through the early '70s, Mingus toured Europe and Scandinavia, attracting large audiences and playing with some of his most talented bands. In spite of his success, however, Mingus felt underappreciated, and spent years at a time in seclusion before emerging with new music.

Mingus continued composing until the end of his life. But by the mid-1970s, his creative output had slowed, and his technique had declined as a result of Lou Gehrig's disease. In early 1979, at age 56, Charles Mingus died in Mexico, and his ashes were scattered over India's Ganges River. Now, his musical legacy lives on in hundreds of original pieces and scores of legendary recordings.