Accessibility links
Gil Evans: Distinction in Arranging One of the most creative arrangers in jazz history, the composer and bandleader continuously developed new musical textures — including many heralded collaborations with Miles Davis — during a career of more than half a century. 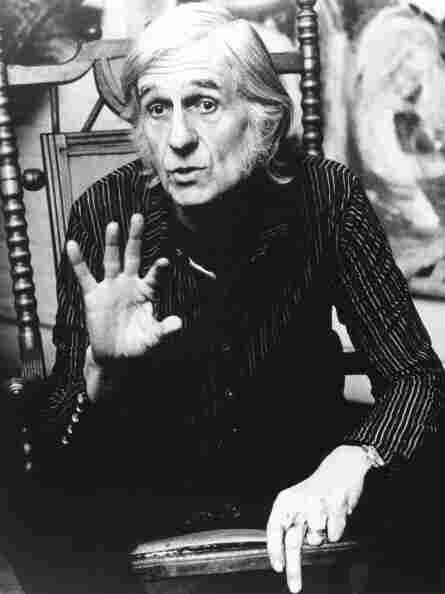 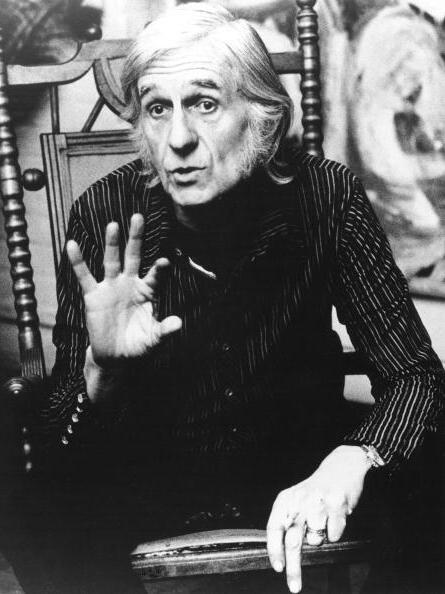 In 1974 Gil Evans recorded an album of Jimi Hendrix's music; the two had planned to collaborate before Hendrix's early death.

Remembered as one of the most creative arrangers in jazz history, Gil Evans had a career as a sophisticated composer and bandleader that spanned more than half a century. Best known for his acclaimed collaborations with trumpeter Miles Davis, Evans continued to develop new and unique musical voices from the early 1930s until his death in 1988. He drew inspiration from diverse sources, including classical and pop music; he worked with instruments that other arrangers overlooked, such as the French horn and tuba; and he could "re-compose" a piece of music, transforming it into something entirely his own.

Born in Toronto in 1912, Evans grew up in California listening to jazz on the radio and buying the records of his favorite artists. Louis Armstrong quickly became his lifelong hero and idol. Even after years of collecting, Evans said he found "a magic moment" in each of Armstrong's recordings. As a college student he formed a popular dance band, but it was not a financial success. Evans soon found himself working as an arranger in Hollywood, applying his talents to everything from toothpaste jingles to tap dance routines.

He does it all, and he does it in ways that surprise you and conform to the needs and the genius of the soloist.

While in Hollywood, Evans struck up a fruitful partnership with the pianist Claude Thornhill. When Thornhill started his own dance band, Evans joined as an arranger, helping the band earn a reputation for sophisticated, jazz-inflected charts. The arrival of World War II forced Thornhill to disband the group, but after the war ended, Evans joined a reformed Thornhill band. By that time, Evans had grown enamored with bebop, a style then just emerging. By incorporating bop elements into his new arrangements for Thornhill, Evans earned the respect and friendship of players such as Charlie Parker and Max Roach.

When Evans moved to New York after the war, he took a furnished room in midtown Manhattan. Conveniently located near the famed strip of jazz clubs on 52nd Street, Evans' apartment soon became a favorite hangout for young, innovative musicians. People like Gerry Mulligan, John Lewis and George Russell were frequent guests, jamming, talking with and learning from the arranger. It also introduced Evans to Miles Davis, planting the seed for a great and long-standing partnership.

Their first collaboration was a series of intricate mid-size ensemble recordings, eventually compiled on the album Birth of the Cool. At the time, that music went largely unnoticed by the public, but the Birth of the Cool sessions have since been hailed by jazz historians as landmark recordings. For Evans and Davis, artistic and popular success came with their next project, Miles Ahead. The 1957 recording presented a jazz suite — a modernist concerto — built around Davis' trumpet. It was so successful that the two paired up again for similar efforts, including an adaptation of Gershwin's Porgy and Bess and the Iberian-tinged Sketches of Spain. The unique, rich orchestration on these records established Evans as a major jazz innovator.

Thanks to his work with Miles Davis, Evans received his own recording opportunities, releasing six albums between 1957 and 1964. Each received critical acclaim, but Evans still struggled financially. Rather than take lucrative arranging jobs for other artists, Evans preferred to focus on his own work. He also refused to rest on his laurels. Evans constantly reinvented his sound, incorporating Jimi Hendrix-styled electric guitars and other new musical elements.

Despite constant money problems, and criticism from those nostalgic for his work with Miles Davis, Evans kept pushing himself. In his early '70s, he led a regular big band gig at New York's Sweet Basil. He also scored films, and even wrote arrangements for the pop singer Sting. Only his death in 1988 at the age of 75 could stop Gil Evans from writing, experimenting, and evolving as an artist.