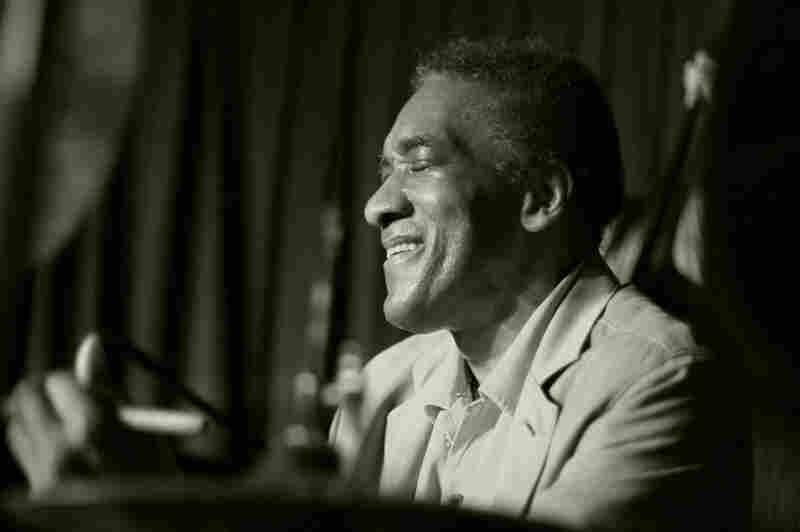 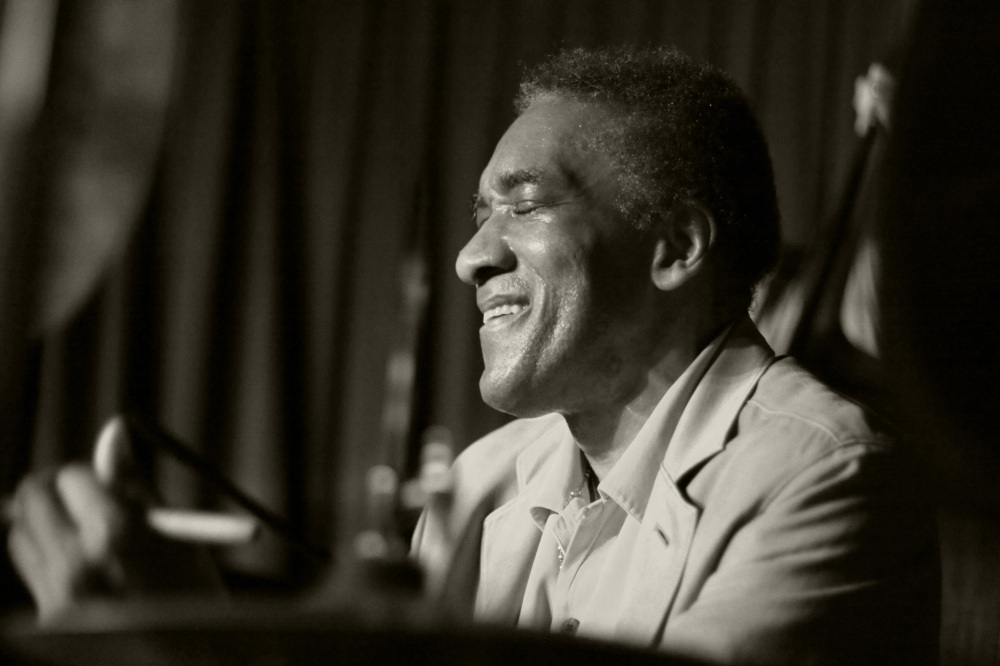 Master percussionist Al Foster, longtime drummer for Miles Davis, brought his own quartet to New York's legendary Village Vanguard, for a performance broadcast live on air by WBGO and online at NPR Music.

To start the second night of a week-long residency at the West Village club, Foster called a mix of trusted jazz classics and savory, groove-happy originals. The quartet opened and closed with tunes penned by Foster's former employer Miles Davis, spinning a cymbal-happy take on the famous "So What" and ending with an acoustic version of "Jean Pierre," which Foster recorded with Davis live in 1981. In all, it was an affair decidedly more hard-bop-oriented than the electric funk that Foster created with Miles, but one no less full of subtly masterful performances from all hands on deck.

Raised in New York, Foster was only 19 when he made his first recording, backing trumpeter Blue Mitchell on the classic Blue Note LP The Thing To Do. Foster soon became a "first call" drummer for many of jazz's leading lights, playing with musicians like Herbie Hancock, Sonny Rollins, and Thelonious Monk.

Foster got his biggest break while playing a date at the Cellar Club on 95th Street in Manhattan. Miles Davis was in the crowd that night, and was awed enough to hire him on the spot: "[Foster] knocked me out because he had such a groove and he would just lay it right in there," Davis wrote in his autobiography. "That was the kind of thing I was looking for. Al could set it up for everybody else to play off and just keep the groove going forever." Davis would count Al Foster as his drummer for 20 years — spanning the trumpeter's wildest electric experiments — and as a friend for life.

Foster's own group included bassist Doug Weiss, who has served as Foster's "straw boss" since 1996; saxophonist Eli DeGibri, who joined the quartet in 1998 after a stint with Herbie Hancock, and the newest member Gary Versace, whose skills on organ, keyboard, accordion and acoustic piano make him one of the most in-demand sidemen in New York.

The quartet headlined a live webcast of WBGO and NPR Music's concert series from the Village Vanguard. For Foster, it also marks a return to the storied club where he recorded with saxophonist Joe Henderson, with pianist McCoy Tyner, and recently with his own group on the new Love, Peace and Jazz. "That's all we need to get along," he says.