Accessibility links
Scandal in Scotland: Handel's 'Ariodante' Handel, a German composer, became a superstar in London, England, by writing Italian operas. Ariodante, one of his best, was premiered in 1735 at a then brand new opera house at London's Covent Garden.

From the Grand Theater of Geneva

In Act Three, when the intrigues have been resolved, Ariodante sings the aria "Dopo notte" — "After the night" — as he anticipates a reunion with Ginevra. On this recording, it's performed by the late Lorraine Hunt-Lieberson.

The plotting begins in Act One, when Dalinda reveals her love for the unscrupulous Polinesso, in her aria "Il primo ardor" — "The first flame" — sung here by Lisa Saffer.

You'll find the word "cosmopolitan" in a wide variety of contexts, from biological descriptions of organisms that flourish in just about any locale, to the cover of a racy magazine. 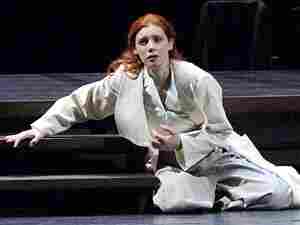 Generally, though, it's applied to anything that crosses a lot boundaries — both physical and cultural. And when it comes to classical composers, few were as cosmopolitan as George Frideric Handel.

Just look at one of his most famous pieces, the oratorio Messiah. Unlike most works of European, classical vocal music, it's most often sung in English. And that's not because it was translated for English-speaking audiences. It was actually written in English, because Handel, though born in Germany, made his musical fame — along with a considerable fortune — during the many decades he spent in London.

Still, it wasn't English oratorios that truly put Handel on the musical map. Handel, who was born in German city of Halle, became a superstar in London by writing Italian operas. During the first few decades of the 1700s, Italian opera may have been London's hottest ticket, and Handel's operas were the most popular of them all.

Through much of the 1720s, and into the 30s, Handel basically ran his own opera company — with support from wealthy subscribers, and from England's King George I. Performances took place at the King's Theater.

By late 1734, things had changed. There was a new George on the throne, Handel's agreement to use the theater had expired, and he was muscled out by a rival company. Fortunately, he had an alternative venue — a brand new theater in a place that's now synonymous with opera in London: Covent Garden.

The first new opera Handel presented at Covent Garden was also one of his finest. It's called Ariodante — an Italian opera, written by a German composer for a London premiere, and set in Scotland. On World of Opera, the drama is heard in a performance featuring some of the world's finest Handel singers, including mezzo-soprano Joyce DiDonato in the title role, along with sopranos Patricia Petibon and Amanda Forsythe. The production is from the Grand Theatre of Geneva.

The Story of 'Ariodante' 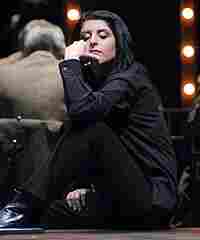 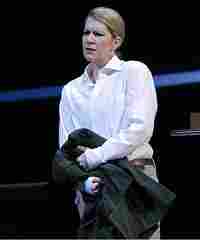 ACT ONE: The events of Handel's Ariodante revolve around a young woman named Ginevra, the daughter of the King of Scotland. Ginevra is in love with Ariodante, a vassal, and the two have her father's permission to be married, as Ginevra explains to her lady-in-waiting, Dalinda.

But there's a problem. A Duke named Polinesso is also in love with Ginevra, and he shows up to make his case. Ginevra tells him to get lost, saying he's repulsive to her. This doesn't sit will with Polinesso. So, when Dalinda tells Polinesso that she'll have him, even if Ginevra won't, he decides to use her — to get back at Ginevra, and ruin Ariodante.

Polinesso wants Dalinda to dress as Ginevra, and let him into Ginevra's chambers late at night. The lovesick Dalinda agrees. Then, when Polinesso leaves, Dalinda confirms her feelings for him by rejecting the love of Ariodante's brother, Lurcanio.

Meanwhile, the lovebirds Ginevra and Ariodante are entertained by a chorus of shepherds and shepherdesses.

ACT TWO: It's night, in the garden outside Ginevra's palace apartment. Polinesso is there, along with Ariodante. Lurcanio is also in the garden, hidden in the shadows to eavesdrop. When Ariodante tells Polinesso that he's engaged to Ginevra, Polinesso laughs at him, saying everyone knows that Ginevra is a bit of a loose woman. In fact, Polinesso says he's been fooling around with Ginevra himself, on the sly. Ariodante says if that if Polinesso can prove this, he'll kill himself. But if he can't prove it, Ariodante will kill Polinesso. Polinesso tells him to hide behind a tree, and watch.

Before long, Dalinda opens Ginevra's door, dressed in Ginevra's clothes, and quietly lets Polinesso in. Watching this, Ariodante sees exactly what Polinesso wanted him to see, and he draws his sword to stab himself. But Lurcanio steps out of hiding and stops him — saying it's better to stay alive, and get revenge, than to kill himself over an unfaithful woman.

The next day, at the King's court, there's bad news. Word comes that Ariodante has been seen plunging from a cliff into the ocean, and is dead. When Ginevra hears this, she faints and is taken away. Lurcanio then arrives, bitterly claiming that his brother's death is Ginevra's fault. He produces a sworn statement that he personally witnessed Ginevra betraying Ariodante with Polinesso, and says he'll defend his statement against anyone who would stand up for Ginevra's honor. The King immediately summons Ginevra back to the court — and disowns her. Not knowing what she's done wrong, Ginevra falls into a tormented sleep, dreaming of the Furies.

ACT THREE: As it turns out, if Ariodante actually did fall off a cliff into the ocean, it must have been a short drop — because now we find him wandering in the woods, where he discovers a frantic Dalinda. She's being chased by two men who are trying to kill her before she reveals her role in Polinesso's plot. Now, Ariodante saves Dalinda from her pursuers, and she tells him the truth: Ginevra has been faithful to him all along.

Still, back at the palace, Ginevra is sentenced to death for her supposed disloyalty. To everyone's surprise, Polinesso appears as Ginevra's champion, and challenges her accuser, Lurcanio. The two men joust, and Polinesso is mortally wounded. But just then a second champion arrives on the scene. It's Ariodante, who tells everyone what he has just learned from Dalinda. To confirm the story, Polinesso confesses as he dies.

Ginevra's reputation is saved, and she and Ariodante can now be married. Dalinda then agrees to marry Lurcanio, and the gathered crowd boisterously celebrates the double wedding.