Accessibility links
Count Basie: The Man and His Music, Pt. 2 Its conception unique, its talent unmatched, no group ever swung harder than the Basie big band of the 1930s and early '40s. It transformed its leader from Bill Basie, journeyman pianist, into Count Basie, American folk hero. 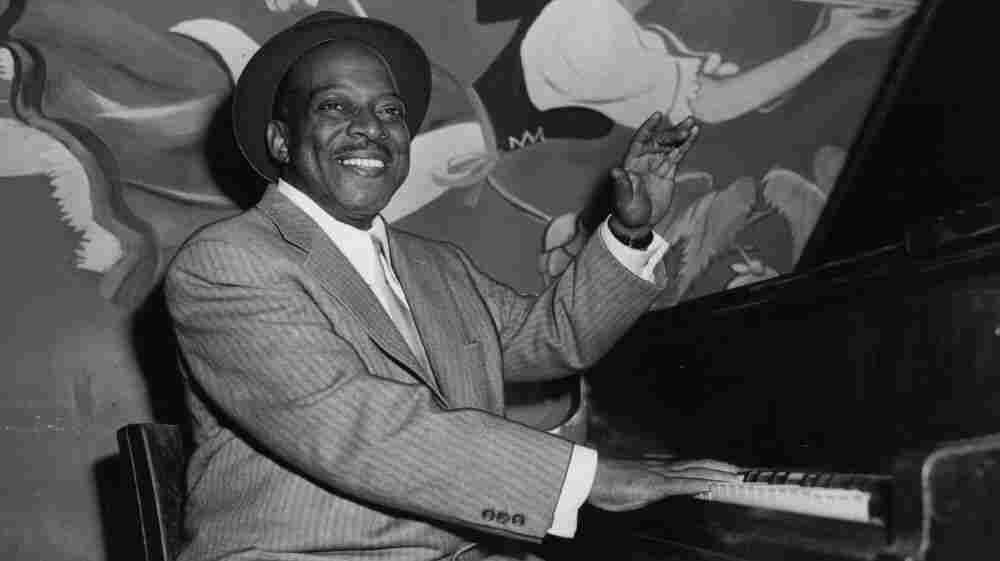 Though Count Basie's band received lukewarm reviews on their first stint in New York, the public warmed up to it quickly. Reg Burkett/Getty Images hide caption 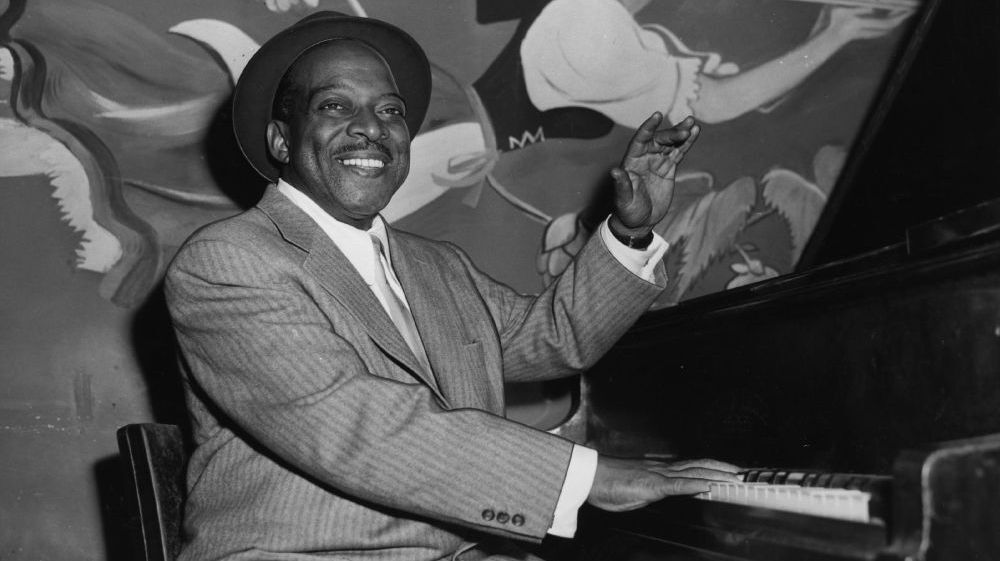 Though Count Basie's band received lukewarm reviews on their first stint in New York, the public warmed up to it quickly.

From 1935 to his death in 1984, pianist and bandleader Count Basie led one of the most important jazz institutions of the 20th century, in the process forging a distinctive sound that changed the jazz landscape. By merging the sounds of his musical upbringing in Harlem and Kansas City, he developed a unique brand of swinging blues that made audiences across the world want to dance.

This episode of Jazz Profiles, the second in a three-part series, retraces the musical and personal turn that Basie took after the death of Bennie Moten in 1935, a journey that led him out of Kansas City and onto the world stage.

In the aftermath, the atmosphere within the Moten band was not the same, and Basie soon left to pursue his own vision.

He landed his first gig as a bandleader at the Club Reno in Kansas City, and quickly assembled the nucleus of his new group: walking bassist Walter Page, drummer Jo Jones and Basie's own, boogie-influenced piano playing. The unflappable swing of his rhythm section freed Basie to concentrate on developing the spontaneous, bluesy qualities for which the band soon became known.

The Reno Club scene quickly grew within Kansas City, and attention spread throughout the region via nightly radio broadcasts. With the exposure generated by the new medium of radio, the band quickly attracted star soloists from around the country. Tenor saxophonist Herschel Evans and trumpeter Buck Clayton came from California, and tenor saxophonist Lester Young turned up after hearing the broadcasts in Minnesota.

Inspired by his success at the Reno, in 1936 Basie went on the road with an expanded group, making long stops at the Grand Terrace Ballroom in Chicago and the Roseland Ballroom in New York. These early appearances bombed. Though supreme in Kansas City, the group was only another unknown band in the New York market, and were still developing their songbook.

But within a few months, the Basie sound caught on in Harlem, thanks in part to the recordings the band cut for Decca Records. The song "One O'Clock Jump" became a 1937 hit, documenting the original, multi-faceted sound that set the Basie band apart from all other groups — the so-called All-American rhythm section (now featuring rhythm guitarist Freddie Green), the loose "head" arrangements based on series of bluesy riffs, and the many solos from throughout the group, including saxophone battles between Herschel Evans and Lester Young. Other records also featured the high tenor of singer and showman Jimmy Rushing, who had performed with Basie ever since Kansas City.

And then there was Billie Holiday. When she first made appearances with the Basie band, Holiday was already a unique stylist. Though her tenure with the band was brief, ending in early 1938 without any studio recordings, she formed a lasting musical rapport with a number of the band's musicians, and her rising star helped bring the group even more attention. Her departure also paved the way for vocalist Helen Humes, who stayed with the band for four years.

By 1938, the Basie band had already established itself as a premier outfit in New York. And 1938 proved to be Basie's landmark year; not only was the band booked at Carnegie Hall in both January and December, but they also landed their first extended engagement on New York's 52nd Street, at a music-only basement club called the Famous Door. The club was consistently packed, and its affiliation with CBS radio brought the band a nationwide audience. Three years after leaving Kansas City, Basie was at the top of the jazz world.

Unfortunately, a series of setbacks prevented him from staying there for long. 1939 brought the sudden death of Herschel Evans, and in 1940 Lester Young left the band. There was also turmoil with Basie's booking agents, as changing economic conditions threatened the business models of big bands. Finally, there was the World War II draft, which stripped away some of his best musicians. Changing tastes, recording strikes and television lay ahead for Count Basie. In the coming years, he would need to develop new ways to keep his band a major force in American music.