Accessibility links
Count Basie: The Man and His Music, Pt. 3 In the 1940s, the bandleader found himself staring at the impending decline of the Swing Era. But the sophisticated groups he put together in the years to come started a musical renaissance which helped confirm his place in jazz history. 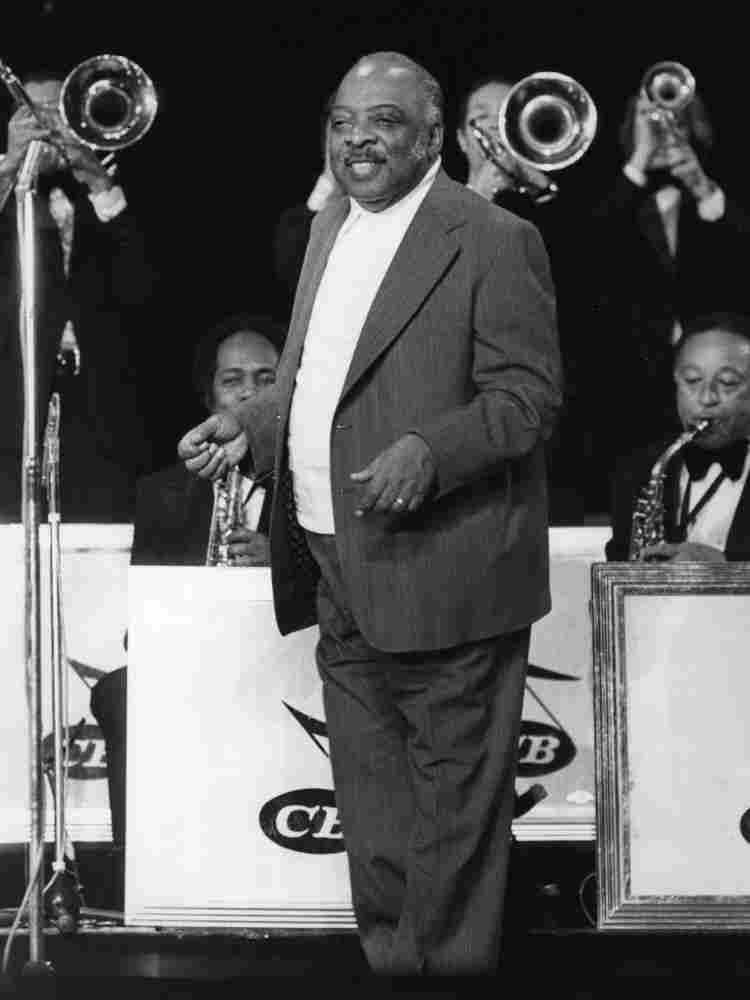 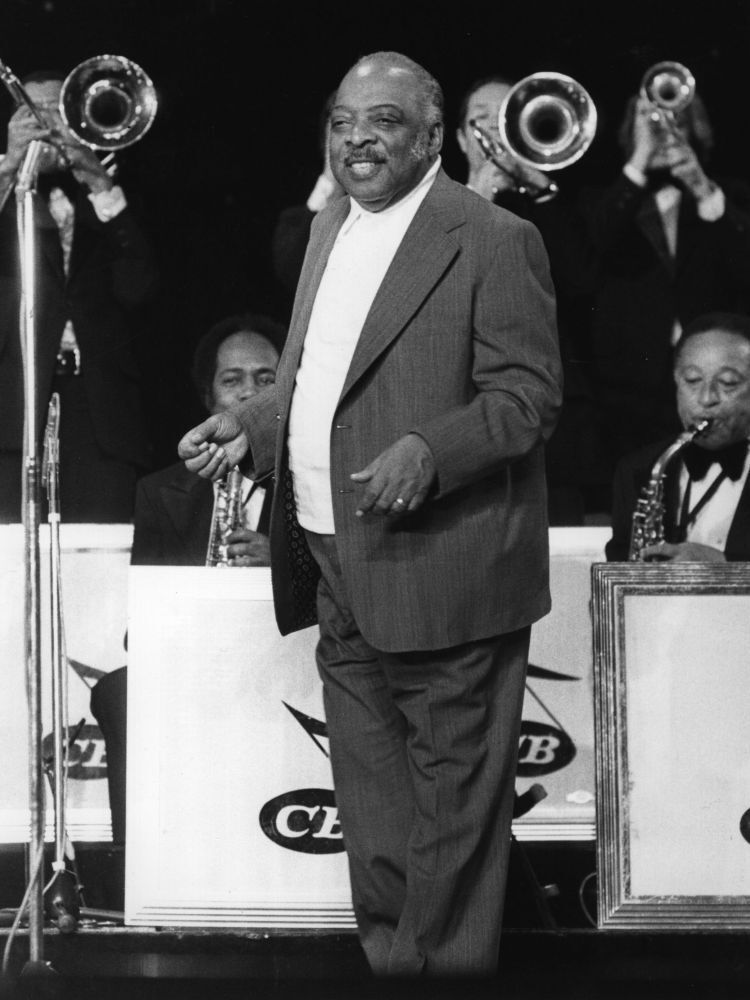 With the help of great arrangers such as Neal Hefti, Ernie Wilkins, Benny Carter, and Quincy Jones, bandleader Count Basie relaunched his career after the big-band era had already passed.

From 1935 until his death in 1984, pianist and bandleader Count Basie led one of the most important jazz institutions of the 20th century, in the process forging a distinctive sound that changed the jazz landscape. By merging the sounds of his musical upbringing in Harlem and Kansas City, Basie developed a unique brand of swinging blues that made audiences across the world want to dance.

This episode of Jazz Profiles, the third in a three-part series, surveys the challenges Basie faced during WWII, and the "new testament" groups he launched in the 1950s and beyond. His hard-swinging band in tow, Count Basie's post-war renaissance helped secure his place in jazz history.

In 1940, Count Basie was a household name. Thanks to his tremendous supporting cast of musicians, his band's style was like no other. The kid from Red Bank, N.J., had already spent a decade performing, broadcasting, and eventually recording for appreciative audiences. Finally, he had earned national recognition and fame.

But economic conditions were growing rough for big bands. The 1940s brought two different bans on recording led by the American Federation of Musicians union, and abetted by the onset of WWII. Basie weathered the turnover created by the WWII draft, even after losing musicians such as trumpeter Buck Clayton and drummer Jo Jones. He also survived the decline in opportunities to perform, in part by taking advantage of gigs for U.S. servicemen and also by appearing in films.

However, after the war, the audiences for big bands began to decline: Ballroom dance halls and large jazz clubs began to close, television was making inroads on leisure time, and Americans began to move to suburbs en masse. Rising costs and diminished opportunities made travel and recording difficult for big bands. Furthermore, popular tastes had begun to shift toward the smaller bebop, R&B, and pop acts, which were better able to survive in the post-war market.

By 1949, a struggling Basie broke his big band into a smaller unit. By maintaining an emphasis on jazz, he was able to attract premier musicians into the mix, including trumpeter Clark Terry, clarinetist Buddy DeFranco, and drummer Buddy Rich. But business proved difficult to maintain — as did keeping up with the sea change of bebop — and the Basie septet and associated combos were out of business within a few years.

Undeterred, Basie hired arrangers such as Neal Hefti and Ernie Wilkins to compose a fresh repertoire for a big band, and assembled a new supporting cast of singers and instrumentalists. By abandoning the nonchalant head arrangements of the Swing Era ensemble, a new, refined Basie sound emerged. Though no longer able to reach audiences on radio, his new oeuvre of dynamic, clean, and sophisticated charts translated well to a new medium: the long-playing record. In 1952, he signed a contract with famed concert and record producer Norman Granz, and Basie was back.

The prominence of Basie's "new testament" bands was greatly bolstered by the arrival of big-voiced singer Joe Williams. In 1955, the band rose to #2 on the R&B charts with "Every Day I Have the Blues." By 1956, Basie and Williams were again atop the jazz magazine polls and the bills of jazz festivals. With Wild Bill Davis' arrangement of the standard "April in Paris," the instrumental title track of a 1957 LP, Basie scored another enduring hit.

Buoyed by a bevy of great arrangers, successful records and high-profile collaborations followed. After crossing paths for years, Basie's entire band made a well-received album with Duke Ellington's entire band in 1960, playing tunes from both giants' songbooks. Quincy Jones arranged a 1963 recording session with Ella Fitzgerald. And throughout the 1960s, Basie also completed several recordings and tours with another high-school dropout from New Jersey: Frank Sinatra. Finally, in the 1970s, he reunited with Granz, who organized recording collaborations for the last decade of Basie's life.

For half a century, Basie toured constantly. But in the '80s, his health began to catch up to his hectic schedule. He continued to perform, even in an electric wheelchair, until his death from cancer in 1984. The Basie sound, however, has firmly rooted itself as a landmark of the 20th century.