Accessibility links
Guillermo Klein: Live at the Village Vanguard Celebrated by his peers, the Argentinean composer and pianist developed a highly original songbook before leaving the U.S. in 2000. He returns to New York to reunite his acclaimed band, Los Guachos. 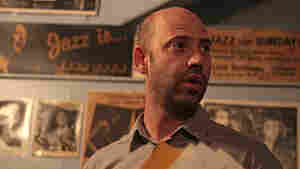 A purveyor of dazzling rhythms and rich melodies, Argentinean composer and pianist Guillermo Klein gathered his New York-based collaborators in Los Guachos at the famed Village Vanguard for a rare stateside appearance, presented live on air by WBGO and live online by NPR Music.

Klein presented a set of songs drawing from both the extensive back catalog of Los Guachos and their new disc Filtros. Long-time fans of Klein will recognize the opener "Venga" and the closing medley "Con Brasil Adentro / Fugue X" from acclaimed recent releases; also featured were repertory works like "Juana" and the Gershwin-meets-Venezuela hybrid of "Fascinating Rhythm / Moliendo Cafe." In between, there was much material of more recent vintage, including the premiere of a new piece called "Textura de Sueno," set to the text of Nicaraguan poet Gioconda Belli.

The music was full of Klein's trademarks: tricky rhythmic patterns, lush harmonic layers and plenty of singing. Vocalist Carmen Canela also made the journey from Barcelona, where she has been working frequently with Klein's Spanish groups, though all the members of the band joined in on "Yeso." Having played together off and on for 13 years, and having rehearsed extensively prior to the gig, it came as no surprise that Los Guachos sounded tight and well-equipped to navigate its leader's dense-but-rewarding songs.

Known for his highly original approach to composition, Klein feeds off the improvisational energy of jazz, but also integrates sounds from a broad range of musical experiences. Among them are the folkloric tangos and chacareras of his native Argentina, though 20th Century European modernism, counterpoint, minimalism, drones, complex meters, children's songs, and human voices — including his own untrained but emotional delivery — are all featured heavily. The results are unclassifiable, but frequently buoyed by intense lyricism and thick, active grooves.

After moving to the U.S. to study at the Berklee College of Music, Klein came to New York in 1994. Less than a year passed before he found himself leading a big band every Sunday night at the Greenwich Village basement club called Smalls. Though his songbook continued to increase in size and complexity, and his circle of collaborators included many of New York's most talented young jazz musicians, he enjoyed little commercial success. Feeling homesick, Klein moved back to Argentina in 2000, and has been living in Spain for several years.

Beloved by many musicians of his generation, the Vanguard crowd received Klein warmly. This performance was also a reunion for those players who were part of Los Guachos, the compact big band with whom Klein made the critically acclaimed studio albums Los Guachos II and Los Guachos III (the first volume remains unreleased). Their latest effort, Filtros, was released on the day preceding the concert; it's Klein's first collection of new material since 2005.