Accessibility links
My Cancer, 2 Years Later When he started his blog, Leroy Sievers thought he had six months to live. Doctors found a brain tumor and lung cancer. Today, on My Cancer's second anniversary, he's facing a prognosis just as bleak. 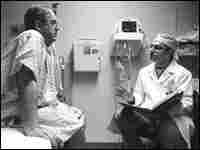 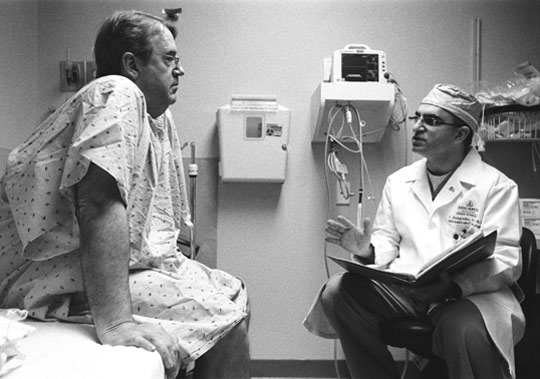 Visit the 'My Cancer' blog 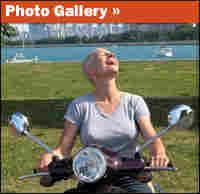 This spring, Leroy Sievers asked members of his blog community to finish the sentence: "My cancer ..." hide caption

Read a sampling of the nearly 400 responses he received.

Two years ago, it seemed like a pretty simple idea. Write something each day about cancer. So we started the My Cancer blog. I don't think any of us really knew what to expect.

After all, I wasn't even supposed to be around to work on it. Six months earlier, doctors had found a brain tumor. A doctor looked me in the eye and said three months, maybe six.

Well, two years later, I'm still here. That first tumor is gone. But it's been replaced by others.

And the blog has taken on a life of its own. It has become a place of refuge, a rest stop on the long, difficult road that is cancer.

We have made friends and lost friends on the blog. We have learned things from each other, things we never thought we'd need to know.

With My Cancer turning two years old, I had expected to write a commentary that would be a celebration. But life in cancer world doesn't always go the way we expect.

The cancer attacked my spine. Just like those old advertisements, I fell but couldn't get up.

That meant surgery, another surgery, an infection that almost killed me, and one more surgery after that.

We finally thought the battle over my spine was winding down. It was time for routine scans. Time to see what had happened while we were fixated on my spine.

For some reason, I felt optimistic.

My last scans showed that my cancer has exploded. New tumors in my brain, liver, lungs, bones. Well, you get the idea.

So I've been going through the process of "getting my affairs in order." Doing all the paperwork, all the legal things you need to do.

No one really knows what the next step will be, how my disease will play out. But we know it's serious.

I had radiation on my brain and my pelvis for pain relief. That's about all I can do. From here on, we're going to be worried about comfort, about relieving the worst side effects.

So this anniversary has been pretty stressful. But if I've learned anything over the last two years, it's that life with cancer is tough.

I've learned something far more important, too. No matter what happens, we're all in this together.

None of us walks this road alone.