Accessibility links
Jimmy Witherspoon: Shouting the Blues During a career more than five decades long, "Spoon" brought a strong dose of blues to many of the jazz world's finest bands. With his full, powerful baritone delivery, he was one of the best of the "blues shouters." 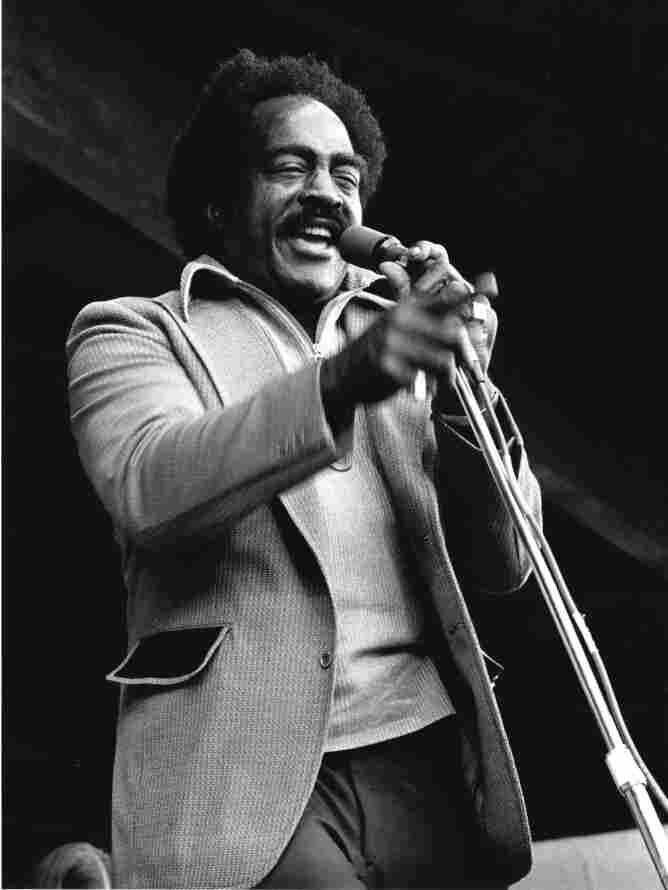 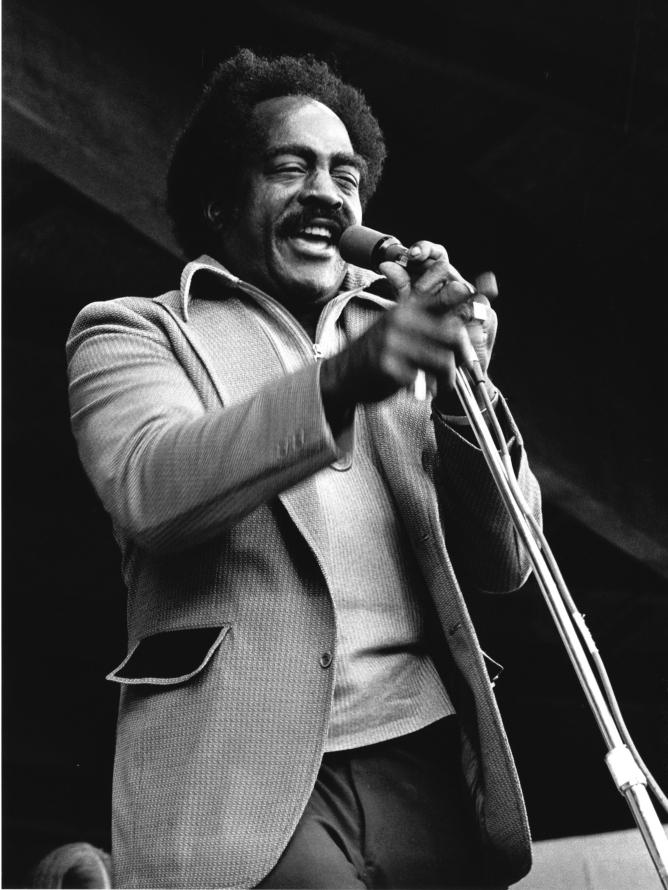 Born August 8, 1923 in Gurdon, Ark., Jimmy Witherspoon grew up during the Great Depression. His parents were both active in their church choir, and Witherspoon joined the group at age five. He later credited the experience for shaping much of his singing style. He also listened to the big bands of Andy Kirk, Bennie Moten and Count Basie, absorbing the styles of their male singers.

Witherspoon left Arkansas for Los Angeles where the jazz scene was jumping, especially on L.A.'s club-lined Central Avenue. There, he met blues singer Big Joe Turner, one of his idols. Turner proved supportive, and Witherspoon soon began singing in bands with other young, Central Avenue musicians. He met performers such as Buddy Collette, who remembered how Witherspoon hung around and wanted to sit in with the band — and how audiences loved him.

In 1941, Witherspoon joined the U.S. Merchant Marines as a cook. During his World War II tour of duty, he sailed throughout Asia picking up singing gigs where he could. During an engagement in Calcutta, India, Witherspoon sang with a band led by the obscure but legendarily-talented pianist Teddy Weatherford.

You go see Spoon, you are transported immediately from the time he opens his mouth and starts to sing. He transports you from wherever you were to another place.

In 1943, Witherspoon returned to L.A. to dedicate himself to music, and hooked up with Jay McShann's band. McShann was known for giving young musicians their start — Charlie Parker being the most famous example — and he became a mentor to Witherspoon. In 1947, Witherspoon made his first recordings under his own name, backed by McShann. One of the tunes from that session, "Ain't Nobody's Business," was his first big hit, and before long became his trademark song.

By the '50s, rock 'n' roll hit the cultural mainstream, and some audiences turned away from Witherspoon's signature blues. He struggled to find gigs, his manager stole money from him and eventually he had to declare bankruptcy. Things looked dismal for the singer in the mid-'50s but a couple of years later he gave a scintillating performance at the Monterey Jazz Festival, and completed his comeback with the release of his composition "How Long Will It Take To Be A Man." Soon, his career was back on track, and he began teaming up with the finest musicians in jazz, including saxophonist Ben Webster and trumpeter Buck Clayton.

In the early '80s, Witherspoon was diagnosed with throat cancer. Radiation treatment cured the disease, but damaged his vocal cords. He spent years learning to sing again, and received a Grammy nomination in 1996 for his performance of "What A Wonderful World." Jimmy Witherspoon died in 1997, still doing what he loved to do — singing the blues and captivating audiences around the world.