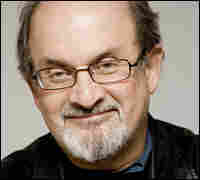 Salman Rushdie is the author of 10 acclaimed novels, a book of short stories and three works of nonfiction. His novel Midnight's Children won the Booker Prize for Fiction in 1981; in 2008, it was named the "Best of the Booker," the best novel to have won the Booker Prize in the award's 40-year history. Beowulf Sheehan/PEN American Center hide caption

Writing the 'Everything' Novel

The Power of Literature

Salman Rushdie's new novel, The Enchantress of Florence, has been hailed by critics as a novel of glamour and power. It's a lush Renaissance imagining of that dreamlike city so beloved by novelists, but it's also a story about East and West.

The many-tiered narrative spins around the world, following a roguish Florentine traveler to the 16th century Mughal court of Akbar the Great and a gorgeous, black-eyed princess. A possible descendent of Kubla Khan, she seems to exist solely to steal men's hearts. Rushdie's shimmering — and occasionally precious — characters range from a spying eunuch to a clutch of giant albino Swiss mercenaries to real-life contemporary figures, including Machiavelli, Botticelli and Vlad the Impaler.

But The Enchantress of Florence is perhaps most of all a novel about women and the men who live with them, lust for them and define themselves by their fantasies about them. In a rave review in The Guardian, author Ursula K. Le Guin wrote that the book exists in "the land of story: ... the child's world, the ancestral, pre-scientific world, where we are all emperors or enchantresses, making up the rules as we go along."

Other reviews have found The Enchantress of Florence a lesser masterpiece, at least when compared to such earlier Rushdie novels as The Moor's Last Sigh, Midnight's Children or The Satanic Verses, that dazzlingly dark romp that incited a murderous edict from the Ayatollah Khomeini. Threats against Rushdie appear to have receded, and the author has since enjoyed accolades, including a British knighthood and a 2008 award, selected through an online poll, honoring Midnight's Children as the very best of all books that have won the prestigious Booker Prize.

This author appearance, sponsored by the Politics and Prose bookstore, was recorded in June 2008 at the Sixth & I Historic Synagogue in Washington; onsite audio engineering by David E. Eisner.

Excerpt: 'The Enchantress of Florence' 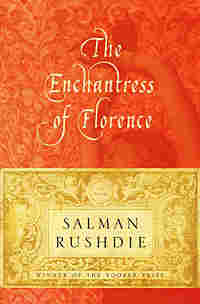 In the day's last light the glowing lake below the -palace-city looked like a sea of molten gold. A traveler coming this way at sunset —this traveler, coming this way, now, along the lakeshore road—might believe himself to be approaching the throne of a monarch so fabulously wealthy that he could allow a portion of his treasure to be poured into a giant hollow in the earth to dazzle and awe his guests. And as big as the lake of gold was, it must be only a drop drawn from the sea of the larger fortune—the traveler's imagination could not begin to grasp the size of that -mother--ocean! Nor were there guards at the golden water's edge; was the king so generous, then, that he allowed all his subjects, and perhaps even strangers and visitors like the traveler himself, without hindrance to draw up liquid bounty from the lake? That would indeed be a prince among men, a veritable Prester John, whose lost kingdom of song and fable contained impossible wonders. Perhaps (the traveler surmised) the fountain of eternal youth lay within the city walls—perhaps even the legendary doorway to Paradise on Earth was somewhere close at hand? But then the sun fell below the horizon, the gold sank beneath the water's surface, and was lost. Mermaids and serpents would guard it until the return of daylight. Until then, water itself would be the only treasure on offer, a gift the thirsty traveler gratefully accepted.

The stranger rode in a -bullock--cart, but instead of being seated on the rough cushions therein he stood up like a god, holding on to the rail of the cart's latticework wooden frame with one insouciant hand. A -bullock--cart ride was far from smooth, the -two--wheeled cart tossing and jerking to the rhythm of the animal's hoofs, and subject, too, to the vagaries of the highway beneath its wheels. A standing man might easily fall and break his neck. Nevertheless the traveler stood, looking careless and content. The driver had long ago given up shouting at him, at first taking the foreigner for a fool—if he wanted to die on the road, let him do so, for no man in this country would be sorry! Quickly, however, the driver's scorn had given way to a grudging admiration. The man might indeed be foolish, one could go so far as to say that he had a fool's overly pretty face and wore a fool's unsuitable clothes—a coat of colored leather lozenges, in such heat!—but his balance was immaculate, to be wondered at. The bullock plodded forward, the cart's wheels hit potholes and rocks, yet the standing man barely swayed, and managed, somehow, to be graceful. A graceful fool, the driver thought, or perhaps no fool at all. Perhaps someone to be reckoned with. If he had a fault, it was that of ostentation, of seeking to be not only himself but a performance of himself as well, and, the driver thought, around here everybody is a little bit that way too, so maybe this man is not so foreign to us after all. When the passenger mentioned his thirst the driver found himself going to the water's edge to fetch the fellow a drink in a cup made of a hollowed and varnished gourd, and holding it up for the stranger to take, for all the world as if he were an aristocrat worthy of service.

"You just stand there like a grandee and I jump and scurry at your bidding," the driver said, frowning. "I don't know why I'm treating you so well. Who gave you the right to command me? What are you, anyway? Not a nobleman, that's for sure, or you wouldn't be in this cart. And yet you have airs about you. So you're probably some kind of a rogue." The other drank deeply from the gourd. The water ran down from the edges of his mouth and hung on his shaven chin like a liquid beard. At length he handed back the empty gourd, gave a sigh of satisfaction, and wiped the beard away. "What am I?" he said, as if speaking to himself, but using the driver's own language. "I'm a man with a secret, that's what—a secret which only the emperor's ears may hear." The driver felt reassured: the fellow was a fool after all. There was no need to treat him with respect. "Keep your secret," he said. "Secrets are for children, and spies." The stranger got down from the cart outside the caravanserai, where all journeys ended and began. He was surprisingly tall and carried a carpetbag. "And for sorcerers," he told the driver of the bullock--cart. "And for lovers too. And kings."

In the caravanserai all was bustle and hum. Animals were cared for, horses, camels, bullocks, asses, goats, while other, untamable animals ran wild: screechy monkeys, dogs that were no man's pets. Shrieking parrots exploded like green fireworks in the sky. Blacksmiths were at work, and carpenters, and in chandleries on all four sides of the enormous square men planned their journeys, stocking up on groceries, candles, oil, soap, and ropes. Turbaned coolies in red shirts and dhotis ran ceaselessly hither and yon with bundles of improbable size and weight upon their heads. There was, in general, much loading and unloading of goods. Beds for the night were to be cheaply had here, -wood--frame rope beds covered with spiky horsehair mattresses, standing in military ranks upon the roofs of the -single--story buildings surrounding the enormous courtyard of the caravanserai, beds where a man might lie and look up at the heavens and imagine himself divine. Beyond, to the west, lay the murmuring camps of the emperor's regiments, lately returned from the wars. The army was not permitted to enter the zone of the palaces but had to stay here at the foot of the royal hill. An unemployed army, recently home from battle, was to be treated with caution. The stranger thought of ancient Rome. An emperor trusted no soldiers except his praetorian guard. The traveler knew that the question of trust was one he would have to answer convincingly. If he did not he would quickly die. 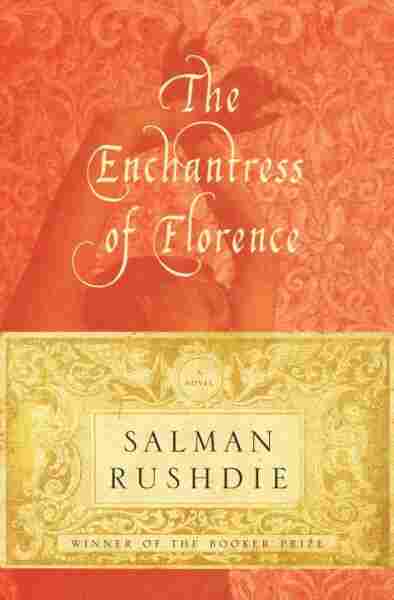 The Enchantress of Florence