Accessibility links
Harry 'Sweets' Edison: Simplicity In Swing Known as a premier accompanist to singers and a masterful soloist, the inimitable trumpeter cultivated a spare yet bluesy approach. His career spanned a long stay with the original Count Basie band, as well as an even lengthier solo career. 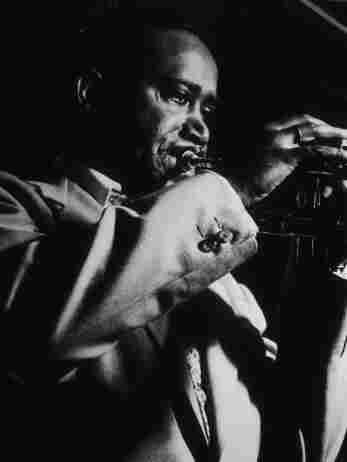 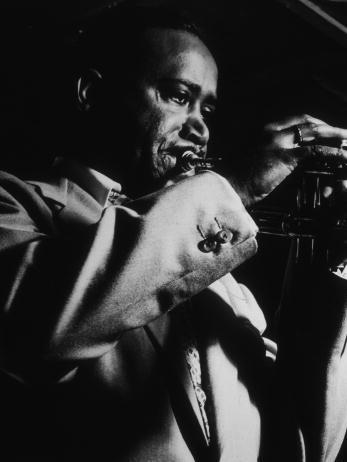 Over the course of a long stay with the original Count Basie band, and throughout an even lengthier solo career, Harry "Sweets" Edison cultivated an inimitable sound as a trumpet soloist and accompanist. His spare yet bluesy approach backed up great singers such as Billie Holiday, Frank Sinatra, and Ella Fitzgerald, and shared the solo spotlight with jazz's greatest instrumentalists.

"You have to have lived the blues to play the blues," Edison once said, and he spoke from experience. His father, a Zuni Indian, left when Edison was just 6 months old. While his mother worked to support the family, Edison lived with relatives — first his grandmother and later his uncle in Kentucky. When his uncle brought him an old cornet and introduced him to Louis Armstrong's early records, a jazz trumpeter was born. At age 12, back home with his mother in Columbus, Ohio, Sweets witnessed the era's best big bands in action, including Armstrong's.

At 16, Edison got his first touring gig with the Jeter-Pillars Orchestra, which eventually settled in St. Louis, and he eventually wound up in New York City playing with Lucky Millinder's popular band. Sweets' real big break, however, came in 1937, when he was asked to join the early Count Basie band — arguably the greatest swing band of all time. At the time, the Basie band defined bluesy swing, exhibiting a simplicity that Basie biographer Albert Murray describes as "stripped down to the fundamentals." Edison wove the principle of "Basie economy" into his own style, and emerged with something unique.

Sweets Edison's masterfully simple style soon became his trademark. Trumpeter Wynton Marsalis touted his ability to "play two or three notes and carry the meaning of everything he wants to say." The originality of Edison's sound lay not only in his rhythmic choices, but also in a direct, full tonal quality. So when the Basie band broke up in 1950, Sweets was well-equipped to strike out on his own.

Edison soon struck out for the West Coast, where he became an in-demand freelancer, studio musician, and even a leader of his own groups. In addition to traveling with the Jazz at the Philharmonic tour and playing with legendary groups like Quincy Jones', Sweets particularly excelled at accompanying vocalists such as Nat "King" Cole and Frank Sinatra. Among Sweets' most memorable recordings, many also featured tenor saxophonist Eddie "Lockjaw" Davis, a longtime musical partner.

After a lifetime of composing, recording, and performing, Harry "Sweets" Edison died in his hometown of Columbus, Ohio, in 1999. He was 83.