Accessibility links
Liars, Cheats and Gamblers: Literary Bad Seeds You probably wouldn't want to trust any of these characters with your wallet, but that's precisely why they make for such delicious reading. Andrew Porter presents his favorite three books about bad, bad behavior.

In a recent interview, I was asked what types of characters I liked, and I said, "The very flawed kind." I mean, who wants to read about a character who's always taking the moral high road, always making the right decision, always looking down on other characters' mistakes?

Andrew Porter is author of the short story collection, The Theory of Light and Matter. He is much better behaved than most of his characters. hide caption

In the following books, you'll find a cast of characters who you probably wouldn't want to invite over to your house for dinner, or sit next to on the plane or trust with your wallet, but who you'll ultimately find very winning on the page. 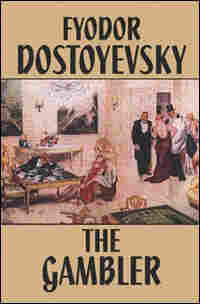 I know people don't usually associate Dostoevsky with the phrase "barrel of laughs," but this is actually a very funny novel. Narrated by a whimsical, manic, often over-the-top narrator, this book is a hilarious account of casino life in 19th-century Germany as well as an intense and profound study of gambling addiction.

You'll run into an impoverished and corrupt general, who staves off debt by embezzling money; his gold-digging girlfriend, who deceives everyone around her; his 75-year-old grandmother, who suspects (and rightly so) that everyone in the casino is after her money; and, of course, the narrator, an inveterate gambler, whose nerve-wracking episodes at the roulette table will leave you on the edge of your seat. Oh, and one amusing side note: Dostoevsky actually wrote this novel so that he could pay off his own gambling debts while he finished Crime and Punishment.

'A Good Man Is Hard to Find' 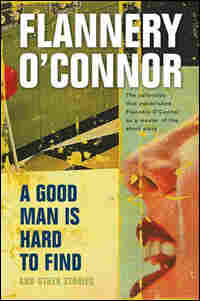 A Good Man Is Hard to Find, by Flannery O'Connor, paperback, 264 pages

For a woman who was a devout Catholic all her life, no one writes better about bad behavior than O'Connor. In this famous first collection of short stories, you'll find a misanthropic serial killer, a shifty Bible salesman and a whole host of drifters, con-men and liars.

Though a good man truly is hard to find in O'Connor's rural South, these are some of the funniest and most beautiful stories ever written. 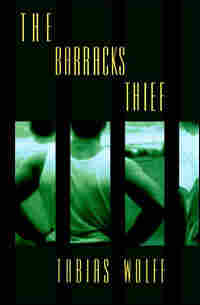 Wolff has made a career out of writing about deceptive characters, and his first book is no exception. Set in an Army boot camp during the Vietnam War, The Barracks Thief explores a fascinating moral dilemma: What do a group of soldiers, who have spent weeks learning how to trust one another, do when they discover that one of their own has been lying and stealing from them? Moral complexities aside, this is just a beautifully written and incredibly suspenseful story. One of the best books written about the Vietnam War, in my opinion, even though almost none of it takes place there.

Finally, just for the record, I want to be clear that I'm not condoning any of the bad behavior in these books. If you're anything like me, you'll keep your nose clean, stay out of trouble and leave the bad behavior on the bookshelf, where it belongs.