Accessibility links
Beauty, The Beast And A Dantean Journey Andrew Davidson's debut novel, The Gargoyle, tells the love story of a burn victim and a mysterious sculptress who claims they first met 700 years earlier.

Andrew Davidson reads from 'The Gargoyle'

Beauty, The Beast And A Dantean Journey

Beauty, The Beast And A Dantean Journey

Andrew Davidson reads from 'The Gargoyle' 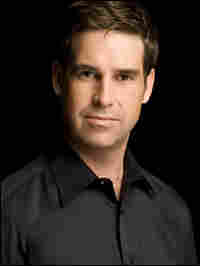 Winnipeg-based writer Andrew Davidson has worked as a teacher in Japan and a writer of English lessons for Japanese Web sites. The Gargoyle is his first book. Deborah Feingold hide caption

Why is the narrator anonymous?

OK, the burn victim and the porn star are the same person. Brace yourself, readers, for puns about "the skin trade." The nameless hero has driven himself off a mountain in a stupor of drugs and bourbon and awakens in a hospital, swaddled in cadaverous flesh. He writhes in the kind of agony usually hastily put in the "indescribable" category, but which Davidson gleefully accepts as a formal challenge. (His extensive research for this book included correspondence with burn victims.) The author's detailed evocations of horrific skin grafts, painful surgical procedures and the latest medical breakthroughs involving maggots make for riveting, if disturbing, reading.

Wasted in body and in spirit, our hero languishes, hoping to gather just enough strength to eventually commit suicide. But then he's visited by a comely fellow patient named Marianne, a sculptress of gargoyles who is possibly insane. She explains that she's 700 years old and launches into a recitation of great historical love stories, including theirs. It seems that in the medieval period, she was a runaway nun, he was a mercenary and they had a thing. Now, just as she carves grotesques from stone, she'll peel the monster from the man.

So far, reviews of The Gargoyle wobble between derision, grudging approbation and probably, envy. The New York Times called it "transportingly unhinged." The London Independent likened it to "World of Warcraft fan fiction." Slated to be published in 26 countries, The Gargoyle may be the stuff of airport fiction, but Davidson's literary bravado is making it one of the more talked-about books of the season.

This reading of The Gargoyle took place in September 2008 at the McNally Jackson bookstore in New York.

I once knew a woman who liked to imagine Love in the guise of a sturdy dog, one that would always chase down the stick after it was thrown and return with his ears flopping around happily. Completely loyal, completely unconditional. And I laughed at her, because even I knew that love is not like that. Love is a delicate thing that needs to be cosseted and protected. Love is not robust and love is not unyielding. Love can crumble under a few harsh words, or be tossed away with a handful of careless actions. Love isn't a steadfast dog at all; love is more like a pygmy mouse lemur.

Yes that's exactly what love is: a tiny, jittery primate with eyes that are permanently peeled open in fear. For those of you who cannot quite picture a pygmy mouse lemur, imagine a miniature Don Knotts or Steve Buscemi wearing a fur coat. Imagine the cutest animal you can, after it has been squeezed so hard that all its stuffing has been pushed up into an oversized head and its eyes are now popping out in overflow. The lemur looks so vulnerable that one cannot help but worry that predator might swoop in at any instant to snatch it away.

Marianne Engel's love for me seemed built on so flimsy a premise that I assumed it would come apart the moment we stepped through the hospital doors. How could a love based on a fictional past survive into an actual future? It was impossible. That kind of love was a thing to be snatched up and crushed in the jaws of real life.

That was my fear but this Christmas Day had shown me that Marianne Engel's love was not feeble. It was strapping, it was muscular, it was massive. I thought that it could fill the entire hospital. More important, her love was not reserved only for me; it was shared generously with strangers — people she didn't think were friends from the fourteenth century.

All my life I had heard foolish stories about love: that the more you give away, the more you have. This has always struck me as nothing more than a violation of basic mathematical principles. But watching Marianne Engel share her love so widely awakened in me the weirdest of romantic feelings: the opposite of jealousy. 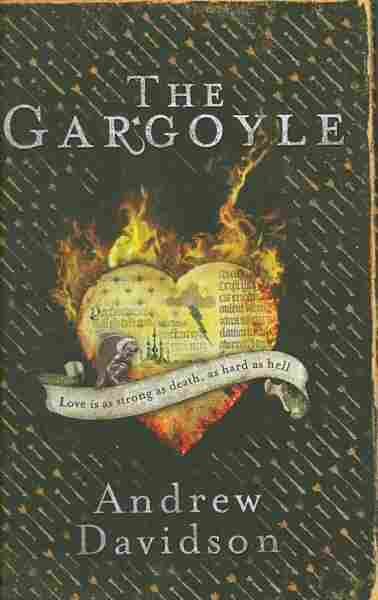