Accessibility links
Monk Tribute Albums That Aren't Terrible Thelonious Monk, who would have been 91 on Thursday, wrote many great songs. But a great many covers of his music wind up butchered by interpreters who seem not to understand it. From the scores of full-length tributes, here are five which demonstrate the good sense to keep Monk weird. 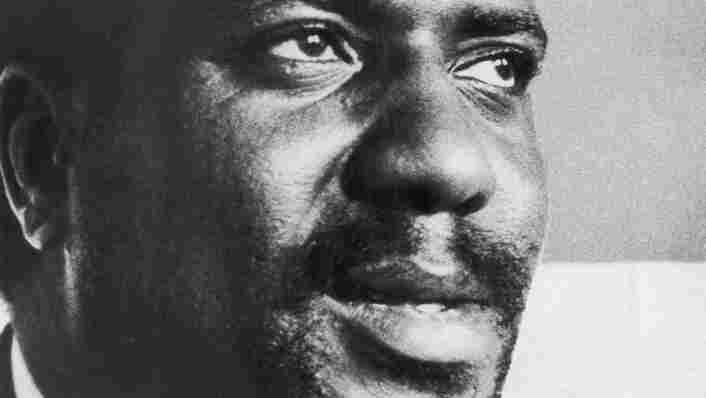 Not every Monk cover is made equal. Evening Standard/Getty Images hide caption

If you had to put money on it, it'd be a safe bet that Thelonious Monk is the most played composer in jazz today. An unsubstantiated claim, sure — no one has actually sifted through hard data on this one. But these days, every jazz-inclined musician worth his or her salt learns Monk, and probably extensively. Experimental composer Anthony Braxton, Andy Summers of The Police, the progressive chamber ensemble Kronos Quartet and a synthesizer duo called Thelonious Moog: They've all recorded entire albums' worth of Monk's music. One tribute project brought out Peter Frampton, Dr. John and John Zorn on the same disc.

Everyone knows (or ought to know) that the pianist was a special talent, what with all the spastic bounding, the extreme-yet-economical syncopation, the Monk Dance, and so on. It's just that so many Monk covers, supposedly inspired in some way by the eccentric genius himself, wind up sounding lame. Rather than hearing fresh re-imaginings of Monk's idiosyncrasies, we're usually stuck with run-of-the-mill facsimiles of an inimitable stylist. Jazz fans hear Monk's tunes so often misapprehended — so flattened of their innate, disjointed glee — that sometimes it's easy to wonder: Why bother?

But seeing as how Thelonious Monk would have turned 91 on Thursday, it would be a shame if some of the more enjoyable interpretations of his music didn't get the shine they deserve. For the sake of convenience, let's narrow the pool from the thousands of discs containing Monk tunes (!) to the mere scores of albums dedicated to Monk and Monk alone (eyebrows still raised). Here are five Thelonious Monk tribute records which are actually, well, good. (And do post the ones that didn't make the cut — there are more good ones — in the comments below.) 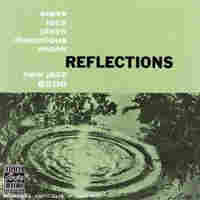 You wouldn't think that the most prolific interpreter of Thelonious Monk's music would be a Russian Jew from Manhattan's Upper West Side who spent most of his career in France. (Oh, and he also played an instrument most commonly associated with elevator music.) But not only did the late Steve Lacy practice excellent tact and breath support on the soprano sax, but he was also arguably the best Monk expositor who ever lived. Lacy was certainly the first to embrace Monk's catalog as a massive oeuvre to be mined and reconfigured; with trombonist Roswell Rudd, he led the world's first Monk repertory band (School Days) in the '60s. (They prided themselves on having more songs on their shelf than Monk's own bands did.) Afterwards, Lacy continued to reprise Monk's music regularly in performance and on wax — which, after 40-odd years, adds up to a lot of Monk. This lithe reading of the exceptionally knotty "Four in One" comes from Lacy's second album as a leader, predating even School Days. As you might expect, Reflections (recorded in 1958) is the first disc ever to feature only Monk covers. It remains one of the best. 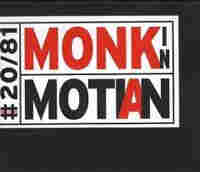 Legendary drummer Paul Motian has publicly stated that Thelonious Monk is his greatest influence — which you would only assume from hearing his stuttering snare-drum accents and his compositions of unorthodox beauty. In 1983, when he first put together the long-running trio featuring guitarist Bill Frisell and saxophonist Joe Lovano, Motian had come upon a great band to put together his own LP-length paean to Monk's music. (Not surprisingly, Monk's 1982 death catalyzed a mid-'80s boom in records paying tribute to him.) Monk in Motian, released in 1988, turns Monk's aesthetic of the eccentric into equivalent guitar-pedal distortions or syncopated breathy interjections; the ballad "Ruby, My Dear" also features guest pianist Geri Allen alternating between imitating Monk and imitating a drunken piano tuner. (It's wonderful.) Turns out that doing all that Monk at once was an unqualified success: More than 20 years after Monk in Motian, the group still performs Monk charts at just about every gig, and continues to surface more of the legend's material on record. 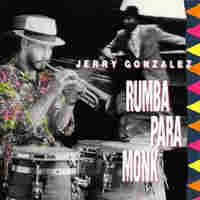 The idea of a Latin jazz album of Monk's music ought to raise healthy skepticism in jazz fans — there are just so many ways to execute the idea poorly. A version of, say, "Bemsha Swing," dressed with a chintzy bongo pattern and a generic montuno, could make listeners want to stab themselves in the ears. But trumpeter and percussionist Jerry Gonzalez came up in the Bronx as Caribbean rhythms and New York attitudes were conspiring to create salsa, and later entered the music schools of NYU and Dizzy Gillespie's band. If anyone could pull off a convincing Afro-Cuban Monk, it was Gonzalez's Fort Apache band. The success of 1989's Rumba Para Monk hinges on Gonzalez closely examining the source material and fully reconstructing the melodies as organic compositions. That, and really sweet grooves. On "Bye-Ya," Gonzalez and company take on Monk's most Latin-tinged tune to begin with: The title comes from a corruption of the Spanish exclamation "Vaya!" (i.e. "Go!"), and Monk's original recording features a mysteriously uncredited 3-2 clave pattern (an Afro-Cuban hallmark) in the background. 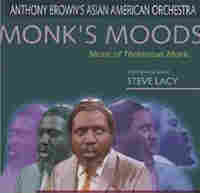 There's so-called West Coast jazz, and then there's jazz that could be created only in California. For example: Take an army brat turned ethnomusicologist, assemble a pan-Asian coalition of terrific musicians, and write up a slew of bold charts featuring traditional Asian instruments and motifs, and you have Anthony Brown's Asian American Orchestra, based in San Francisco. When this cultural hybrid of a big band decided to put out a Monk disc, it dialed up instruments such as the hammered dulcimer (yangqin) and the Chinese viola (zhonghu, cousin to the violin-esque erhu). They also called on a not-so-secret weapon: Steve Lacy, who does his thing over the shape-shifting textures of the orchestra. Monk's Moods, released in 2002, is a big, brassy affair, loaded with a full palette of colors and sonorities that somehow sound oddly natural draping Monk melodies. Perhaps the best moment on the disc arrives when the horns clear out for Lacy and dulcimer specialist Yangqin Zhao, who tackle the ballad "Pannonica" with a spare gracefulness worthy of Monk himself. 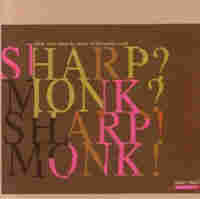 Of all the musicians who have worked out an entire album's worth of Monk material, Elliott Sharp is certainly in contention for the weirdest. That's a compliment, of course. Sharp has long been a critical part of New York's experimental music scene, in which he wears a great many hats: He plays guitar, woodwinds, electronics and several instruments he invented himself, and he performs in contexts of noise, noisy rock, techno, avant-blues, orchestral compositions, free improvisation and plenty of other generally "out" sub-genres of sound creation. Somewhere in all that, there's a jazz influence, readily apparent on the 2006 solo-guitar offering Sharp? Monk? Sharp! Monk! On "Epistrophy," Sharp moves all over the fretboard, crisply finger-picking percussive passages of whirling abstraction at ridiculously fast speeds, using the fragmented melody as an excuse to take tangents to their conclusions. And it works: The reformatting saves some the master's most popular chestnuts from the perils of cliche. Now, this ain't normal jazz. Then again, Monk was no normal jazzman.