Accessibility links
'Goldengrove' Traces The Contours Of Grief Nico, the 13-year-old narrator of Francine Prose's new novel, struggles to deal with the loss of her older sister. With her parents barely able to cope, Nico must navigate grief and growing up alone.

'Goldengrove' Traces The Contours Of Grief 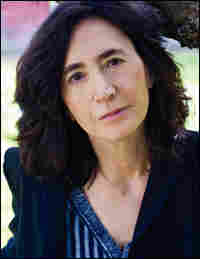 Called by Larry McMurtry "one of our finest writers," Francine Prose is the author of 15 books of fiction, including A Changed Man and Blue Angel, which was a finalist for the National Book Award. Her most recent nonfiction book, Reading Like A Writer, was a New York Times bestseller. Stephanie Berger hide caption

'The mystery of absence'

Are the male characters sympathetic?

Re-reading 'The Diary of Anne Frank'

Francine Prose's new novel is rooted in a Gerard Manley Hopkins poem that begins, "Margaret, are you grieving/ Over Goldengrove unleaving?" And while Hopkins' poem is about a child's grief for the passing of the seasons — and by extension, the intimation of mortality — Prose's novel concerns the death of a young woman, also named Margaret, whose parents own a bookstore called Goldengrove.

But Goldengrove the novel belongs to Margaret's 13-year-old sister, Nico, who grew up worshiping her willowy, accomplished sibling, and it traces the contours of Nico's grief when Margaret drowns. With her parents barely able to cope, Nico is left to navigate alone.

"Margaret's death had shaken us," Nico says, "like three dice in a cup, and spilled us out with new faces in unrecognizable combinations. We forgot how we used to live in our house, how we'd passed the time when we lived there."

The girl slips into dangerous emotional terrain when she finds herself comforting her sister's older boyfriend. The novel also touches on themes of post-Sept. 11 national mourning and apocalypse.

Prose is known for putting her unflinching intellect and stylistic verve to work in the realm of the uncomfortable. Her books are limned in spiritual crisis, from the aftermath of a contemporary high school shooting or a collegiate sexual harassment scandal to a study of the 17th-century painter Caravaggio, who shot to fame for his realist portrayals of prostitutes, poor children and ordinary-looking people. A masterful, prolific author, Prose has written more than 20 books and contributed seminal essays on a broad range of topics to leading publications, including the Atlantic Monthly and Harper's. She is the president of the PEN American Center.

This reading of Goldengrove took place in September 2008 at the Politics and Prose bookstore in Washington, D.C. 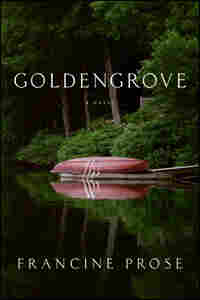 We lived on the shore of Mirror Lake, and for many years our lives were as calm and transparent as its waters. Our old house followed the curve of the bank, in segments, like a train, each room and screened porch added on, one by one, decade by decade.

When I think of that time, I picture the four of us wading in the shallows, admiring our reflections in the glassy, motionless lake. Then something—a pebble, a raindrop—breaks the surface and shatters the mirror. A ripple reaches the distant bank. Our years of bad luck begin.

That was how Margaret would have thought. My sister was the poet.

I was Miss One-Thing-After-the-Next. Which is how I remember what happened.

But that's not how it happened at all. One thing happened, then everything else, like a domino falling and setting off a collapse that snakes out toward the horizon and spills over into the future.

If all the clocks and calendars vanished, children would still know when Sunday came. They would still feel that suck of dead air, that hollow vacuum created when time slips behind a curtain, when the minutes quit their orderly tick and ooze away, one by one. Colors are muted, a jellylike haze hovers and blurs the landscape. The phone doesn't ring, and the rest of the world hides and conspires to pretend that everyone's baking cookies or watching the game on TV. Then Monday arrives, and the comforting racket starts up all over again.

Even before that Sunday, I was glad to see the day end. It wasn't that I liked school so much, but the weekends lasted forever. The loneliness, the hours to fill with books, homework, computer, watching old films with my sister, if she was in the mood. Silence, then the Sunday sounds of our house by the lake. My mother playing the piano, my dad's prehistoric Selectric.

That Sunday, that first Sunday in May, was so warm I couldn't help wondering: Was it simply a beautiful day, or a symptom of global warming? Even the trees looked uncomfortable, naked and embarrassed, as if they were all simultaneously having that dream in which you look down and realize you've forgotten to put on your clothes.

Two Cleopatras in our royal barge, my sister and I reclined and let our little rowboat drift out onto the lake. Margaret arched her shoulders, flung one arm over the side, and trailed her fingertips in the water. It was one of those actressy gestures she'd copied from the classic black-and-white movies to which she was addicted. She liked me to watch them with her, and we were allowed to stay up, because our mother said we would learn more from Some Like It Hot than from a year of school. It was often hard to tell what our mother meant, exactly, except that we learned to flutter our lashes and say, "What's a girl to do?" in breathy little-girl whispers.

One thing Margaret and I had in common was: we could do imitations. We knew whole scenes by heart, like the end of Flying Deuces, when Hardy is killed in a plane crash and then reincarnated as a horse with a black mustache and a bowler hat. Laurel's so happy to see him he throws his arms around Ollie—that is, the horse possessed by Ollie's grumpy spirit.

Sometimes Margaret would do a gesture or line and ask me what film it was from. Her silvery laughter was my prize for getting it right. The only rowboat scene I knew was the one in which Montgomery Clift pushes Shelley Winters into the water. And I was pretty certain that wasn't what Margaret was doing.

Margaret said, "This is heaven."

I wished I could have been like her instead of the kind of person who said, "Don't you ever worry about the polar ice caps melting?"

"Debbie Downer," said Margaret. "Give yourself a break. It's Sunday, Nico. Take a day off." Squinting, she aimed her smoke rings so that they encircled the sun like foggy auras.

Margaret had promised our parents she wouldn't smoke. Mom's parents and Dad's father had all died young of smoking-related causes. Both of our parents used to smoke. Their friends had started dying. The new weapon in the arsenal of Mom and Dad's War on Smoking was some bad news we'd gotten that fall: Margaret had a heart condition. A mild one, but I worried.

She'd fainted the first and last time Mom talked us into doing yoga with her. I still have a photo my father took that day on the lawn, of the three of us doing downward-facing dog or some other mortifying position that, our mother had convinced herself, was helping her arthritis. Margaret, Mom, and I are bent till our heads nearly touch the ground, like those snakes that, Margaret told me, bite their tails and roll after the children they swallow whole. Planted apart for balance, our legs take up most of the photo, downward-facing croquet hoops of descending sizes. What the picture doesn't show is that, seconds after it was taken, Margaret collapsed in a pile of leaves. At first we'd thought she was joking.

Our pediatrician, Dr. Viscott, ran some tests and said that Margaret should eat well, exercise, don't smoke. That stutter on her heart graph was something they'd keep their eye on.

Margaret knew she could smoke around me. Smoking was the least of the things she trusted me to keep secret.

From across the lake, we heard our mother practicing the spooky Chopin waltz that always made me think of ballroom dance music for ghosts. She kept making mistakes and starting over again. She'd wanted to be a pianist, she'd gone to music school, but she changed her plans when she met my dad and they ran off to be hippies. Margaret had found a snapshot of them picking soybeans on a commune in northern California. Long hair, overalls, bandannas, a Jesus beard on Dad.

The foregoing is excerpted from Goldengrove by Francine Prose. All rights reserved. No part of this book may be used or reproduced without written permission from HarperCollins Publishers. 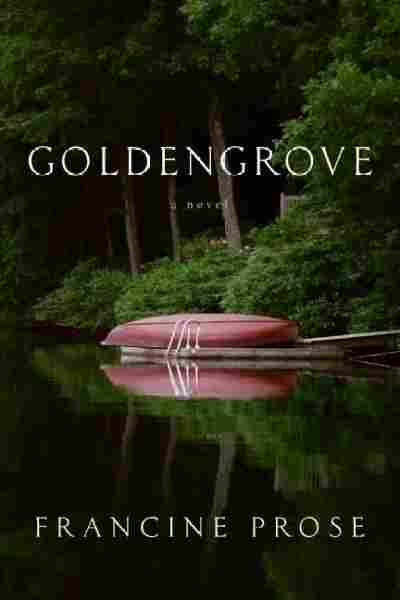