Accessibility links
Dolly Parton's 'Jolene' Still Haunts Singers The singer's 1973 hit has been covered more than any of her other songs. She says it remains popular in part because of how universal it is: Everyone relates to the singer's sense of inadequacy. 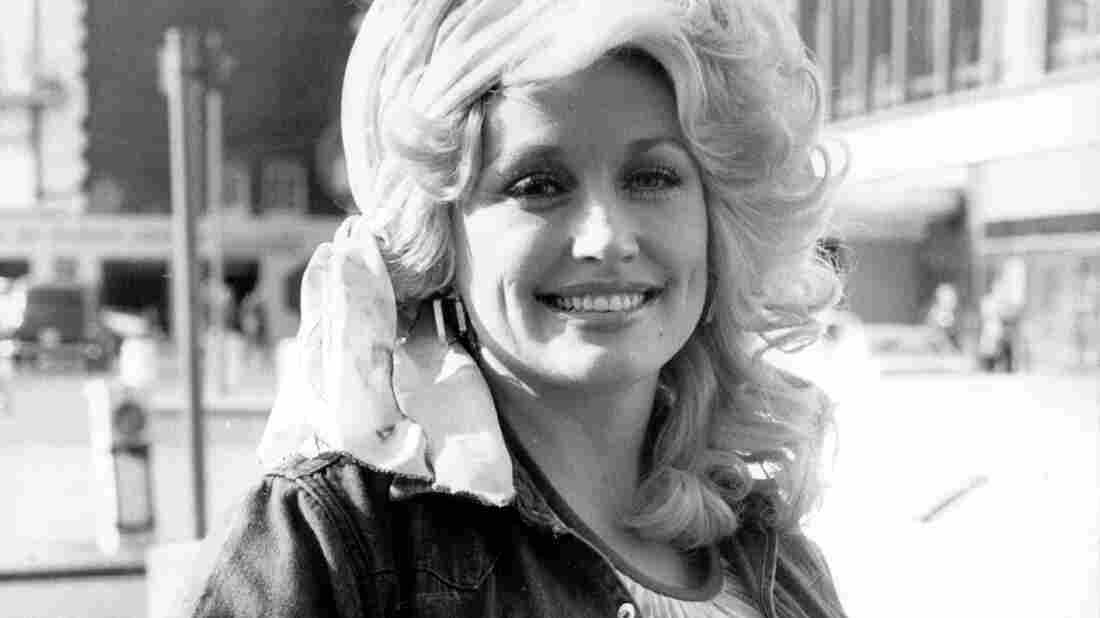 Dolly Parton in London in 1977, four years after the release of "Jolene." Keystone/Getty Images hide caption 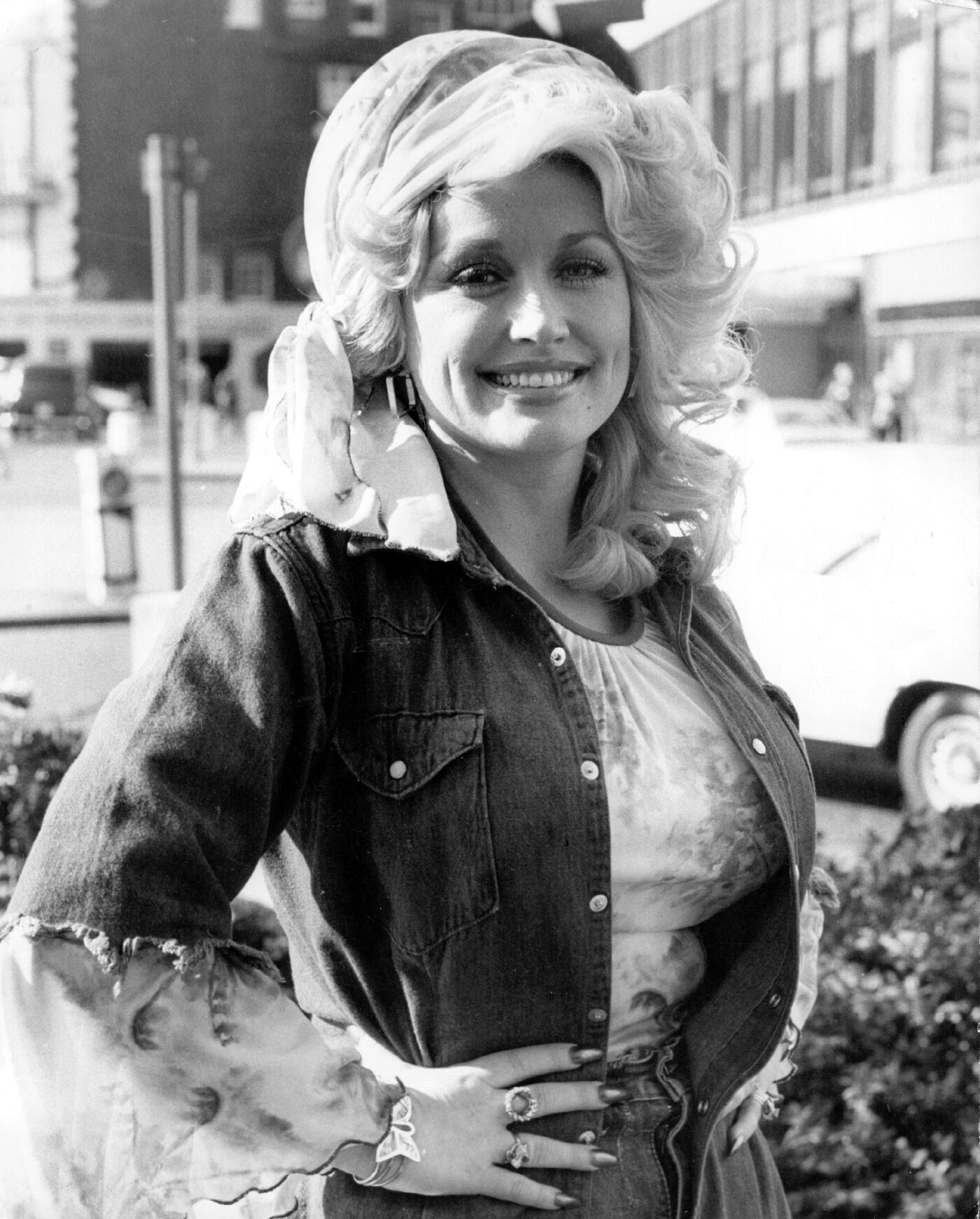 Dolly Parton in London in 1977, four years after the release of "Jolene."

When Dolly Parton launched her career on a country-music television show in the late 1960s, she says, she used to sign autographs every night after the broadcast.

Parton says that she got the story for her song from another redhead in her life at the time — a bank teller who was giving Parton's new husband a little more interest than he had coming.

"She got this terrible crush on my husband," Parton says. "And he just loved going to the bank because she paid him so much attention. It was kinda like a running joke between us — when I was saying, 'Hell, you're spending a lot of time at the bank. I don't believe we've got that kind of money.' So it's really an innocent song all around, but sounds like a dreadful one."

When Parton released "Jolene" in 1973, it became one of her first hit singles. The song has only 200 words — and a lot of those are repeated. But Parton says that that very simplicity, along with the song's haunting melody, is what makes the character of "Jolene" memorable.

"It's a great chord progression — people love that 'Jolene' lick," Parton says. "It's as much a part of the song almost as the song. And because it's just the same word over and over, even a first-grader or a baby can sing, 'Jolene, Jolene, Jolene, Jolene.' It's like, how hard can that be?"

"Jolene" has been covered by more than 30 singers over the years, and in several languages around the world.

Jack White's emotional rendition of "Jolene" has been a staple of The White Stripes' concerts for years.

"I thought to take the character and change the context and make this red-headed woman my girlfriend, and that she's cheating on me with one of my friends," White says. "Then, that would be what I could really get emotionally attached to."

White says that the character of Jolene has fascinated him for a long time.

"I love the name, first off," he says. "I thought that was an interesting name when I started hearing that song as a teenager. And I guess later on, as a songwriter, I started to think about names starting with 'J,' like that could be used almost accusatory, like Jezebel... Jolene."

"Jolene" launched country singer Mindy Smith's career five years ago, when Parton said that it was her favorite version of the song.

Smith says she could relate to the vulnerability of the woman pleading with Jolene.

"I think the main character is really the person singing about Jolene," Smith says. "Jolene's a mess. She just steals things."

Parton says that Jolene is so popular because everyone can relate to her feelings of inadequacy-- competing with that tall redhead in the bank who was after her husband.

Parton says that "Jolene" has been recorded more than any other song she's written — in styles that range from Olivia Newton John's 1976 disco version to the rollicking White Stripes version to the Goth rendition of the post-punk band The Sisters of Mercy.