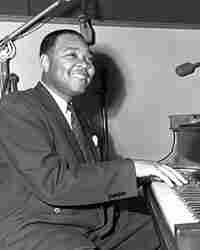 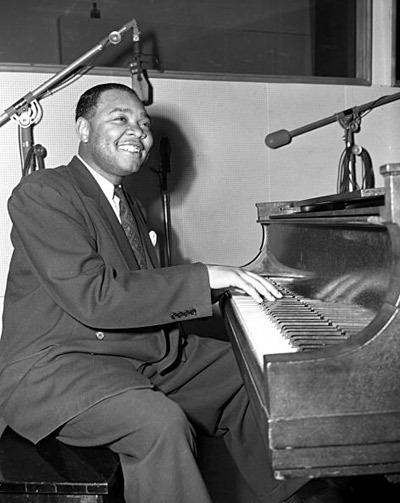 During the '40s, Jay McShann's orchestra became a launching pad for several prominent soloists, including a young Charlie Parker.

Known as "Hootie" to his friends, bluesman supreme Jay McShann served as the living legacy of Kansas City jazz. As a bandleader, pianist, singer and composer, McShann was an unsung yet influential figure. During the '40s, his orchestra became an important launching pad for several prominent soloists, including a young Charlie Parker.

A wide-eyed McShann first rolled into Kansas City in the late 1930s, during the era of "Boss" Tom Pendergast. At the time, Kansas City was brimming with clubs, bars and dance halls that gave dance bands and jazz orchestras a place to prove themselves and develop unique identities. It was there that McShann met pianist Pete Johnson and singer Joe Turner, who would profoundly effect his career.

McShann soon started his own group, and in just a few years it grew into a full-fledged big band. In 1941 Jay McShann's Orchestra, with Walter Brown on vocals, recorded its biggest selling hits, including "Confessin' the Blues," "Hootie Blues," and "Vine Street Boogie," for Decca Records.

Two years later, with a year's worth of advanced bookings, the orchestra disbanded when McShann was drafted into the army. According to McShann, "a couple of fellas came up to me and told me, 'we've taken an oath to bring you in tonight.'"

Unable to get the orchestra back together after World War II, McShann formed various groups in New York and California. It was in California, McShann remembers, where he met another young singer, Jimmy Witherspoon, who became one of McShann's frequent recording collaborators and frontman of McShann's band, which also featured Ben Webster. They had a hit in 1949 with "Ain't Nobody's Business."

McShann drifted from the spotlight in the 1950s and '60s, but with reawakened interest in the blues in the 1970s, he staged a comeback. He performed at various festivals and, along with other Kansas City legends such as Claude Williams, continued to honor the legacy of Kansas City's iconic brand of jazz. Jay McShann played for worldwide audiences in both solo and concert appearances well into the 1990s and early 2000's. On December 7, 2006, McShann died at the age of 90 in Kansas City.