Accessibility links
Illinois Jacquet: King Of The Screeching Tenor Bandleader Illinois Jacquet was recognized as the king of the tenor saxophone. During his long career, Jacquet played with everyone from Basie to Lionel Hampton and gained notoriety for his wild, honking solo in "Flying Home," which heralded a new approach to playing known as the "Texas tenor style." 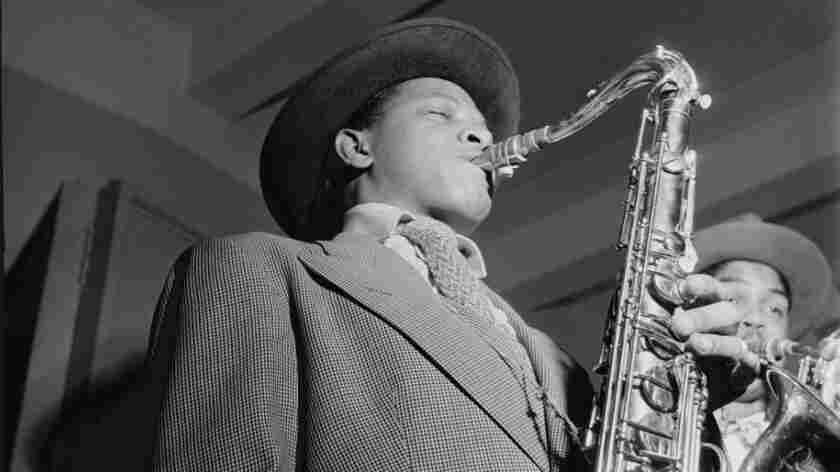 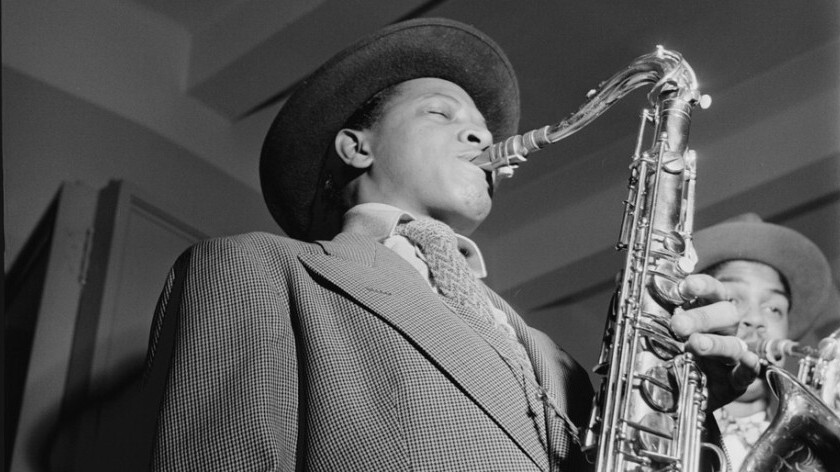 Bandleader Jean-Baptiste Illinois Jacquet was widely recognized as the king of the tenor saxophone. During a career spanning more than 60 years, Jacquet played with everyone from Count Basie to Cab Calloway to Lionel Hampton, and gained notoriety for his illustrious saxophone solo in the hit "Flying Home." He also doubled on the bassoon, and was one of only a few jazz musicians to play the instrument.

Jacquet was born in Broussard, La., on Oct. 31, 1922 and grew up in Houston in a musical family. He began playing drums in high school before taking to the saxophone. While still in his teens, he landed his first professional gig playing in a local band with musicians such as Eddie "Cleanhead" Vinson and Arnett Cobb. He later headed to Kansas City and then Los Angeles, where he met Nat King Cole. When Lionel Hampton heard Jacquet playing in Cole's band, Hampton was so impressed that he offered Jacquet a job.

In 1942, during a recording with Hampton's band, the 19-year-old Jacquet created one of the most famous jazz solos ever recorded, in the tune "Flying Home." Jacquet's wild, full-toned, swinging solo — which emphasized the lower and higher registers of the horn — heralded a new approach to playing the tenor saxophone, an approach that became known as the "Texas tenor style." The tune was deemed a jazz classic, and was later described as one of the first rock 'n' roll records.

Saxophonist Frank Foster recalled the first time he heard Jacquet's solo, noting, "It was so musical, it swung, it was soulful; it seemed as if every note was planned in advance — that solo was so great."

Jacquet spent the next decade working with the best big bands in jazz, including the Count Basie and Cab Calloway combos, and he became an international celebrity touring with a group of all-stars as part of Norman Granz's Jazz at the Philharmonic. As the principal soloist with JATP, Jacquet enthralled audiences with spirited jam sessions. These often led to competitive "cutting contests," which were recorded and later released by Granz.

During the following three decades, Jacquet continued to perform and record with his own small groups, producing hits such as "Robbin's Nest" and "Black Velvet." In the '60s, Jacquet started playing the bassoon, and featured the instrument in his recording of Thelonious Monk's "'Round Midnight." Jacquet also gained a reputation as a master of ballads.

"He's a player who has a very broad range of expression," says Dan Morgenstern, Director of the Institute of Jazz Studies at Rutgers University.

In 1983, Jacquet formed his own big band, which played concerts, festivals and clubs all over the world; in 1992, it performed at an inaugural gala for President Bill Clinton. Jacquet died in New York City in 2004, but his honking and screeching style remains influential in rhythm and blues and jazz today.